Marko Ticak
Grammar
Here’s a tip: Want to make sure your writing always looks great? Grammarly can save you from misspellings, grammatical and punctuation mistakes, and other writing issues on all your favorite websites.
Threw and through are homophones—words that have different meanings and spellings but are pronounced the same. Homophones are often a cause of confusion, even when they belong to completely different parts of speech, as do threw and through. 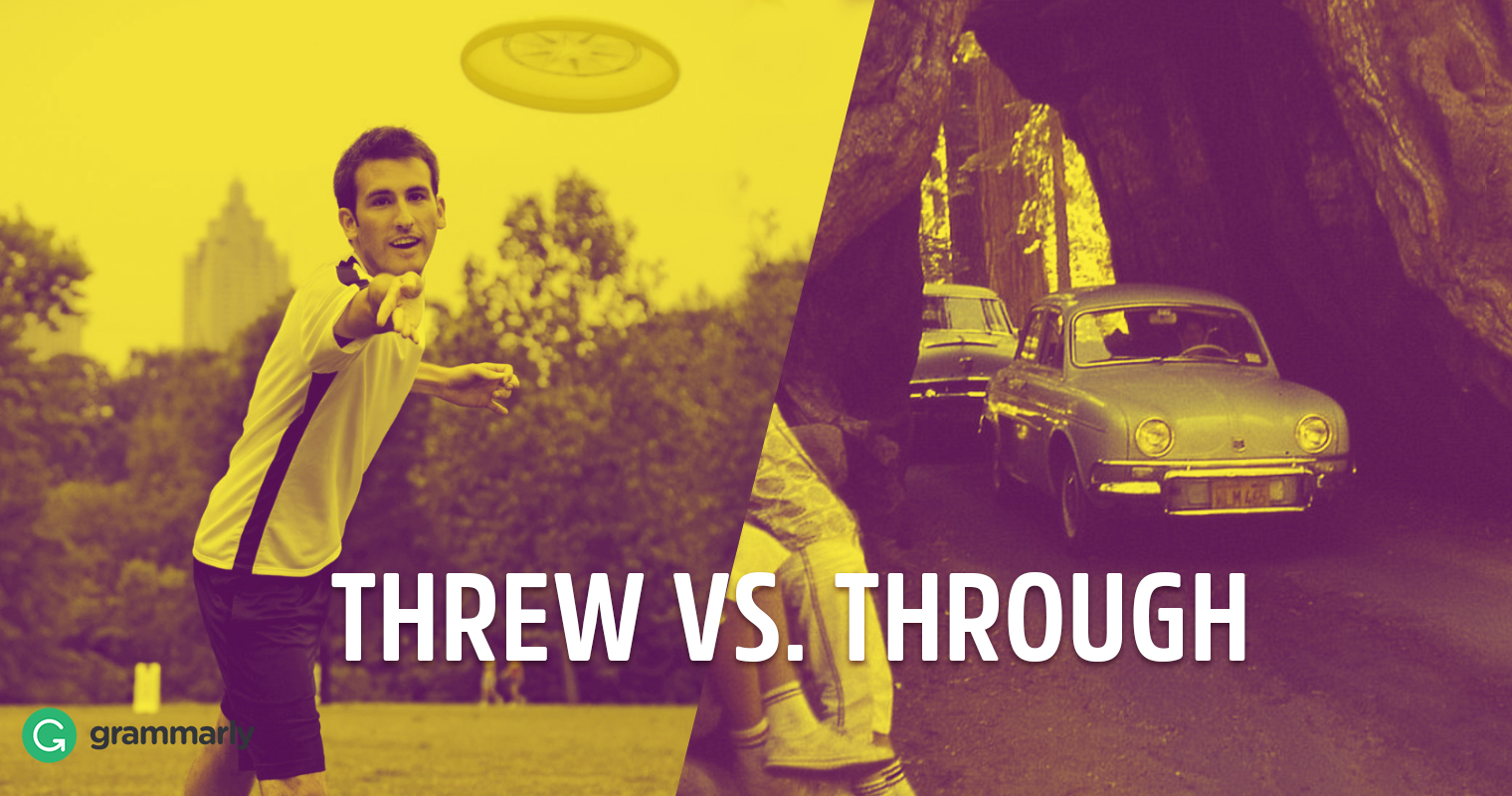 Difference Between Threw and Through

Threw is the past tense of the verb throw, which means to launch something into the air with your hand:

Jimmy likes to throw the ball as fast as it can go.

Through can be used as a preposition or an adverb. It’s used to indicate movement that leads into one side of something and out the other side:

She had to walk through several doors on her way to the office.

Through has a few other uses, too. It can be used instead of the phrase “by means of”.

You can avoid many mistakes through careful planning.

It can also refer to time.

Through the years you’ve gained an appreciation for grammar.

Examples of Through and Threw

A woman who threw pumpkin seeds at Prime Minister Justin Trudeau in Hamilton today is being questioned by the RCMP.
National Post
The South Jakarta District Court threw out the lawsuit last year but the mother appealed to the High Court.
The Sydney Morning Herald
Clinton has a solid lead in most polls, which allowed SNL to pretty much coast along on the assumption that we’re all going through the motions at this point.
The Verge
I wander through the old city and stop at a house that is elegant and well proportioned, its creamy facade a throwback to a more decorous time.
The Daily Telegraph