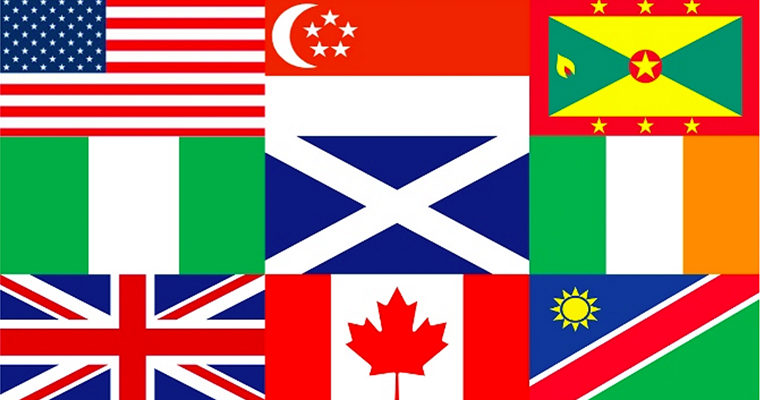 The British Empire hasn’t been in existence for almost three-quarters of a century. At the peak of its might, it covered close to a quarter of the world’s land area and ruled a fifth of its population. But the empire changed, transformed, and passed as all things pass. When the territories Britain had conquered gained freedom, there was one thing that remained as evidence of how grand the empire once was—the English language. It’s the second most common language in the world in terms of the number of native speakers; it’s the most widely spoken language of all when you include people who use it as a second language. It’s an international language, and as such, it has developed various dialects around the world.

Out of all the international English dialects, American English has the most speakers. Around 250 million people use it as their main language in the United States. And if there are any common values that those 250 million people share, they’ll most likely be found in the way they use their language. For example, American English tends to be less formal than British English, so you’ll rarely hear “Might I . . .” at the beginning of a question, but you’ll hear “Can I . . .” regularly. Shortening words is very common (math, pro, admin). And American English tends to be action-oriented in word choice—you take a shower in American English, you don’t have one. It’s interesting that American English managed to retain some characteristics of seventeenth-century British English that are now lost in the original language. In words like flask and pass, Americans pronounce the “a” as a short vowel (æ), while Brits pronounce it closer to the sound in “ah.” Americans also still pronounce the “r” in words like start or far. But one of the most important features of American English is its eagerness to adopt words from other languages. Some words, such as “squash,” were borrowed from Native American languages. Others come from immigrants, who brought words like pretzel (German), bagel (Yiddish), waffle (Dutch), and zucchini (Italian). (It works with non-food words, too.)

India is a country where English is one of two official languages, the other being Hindi. But only a small portion of the population speaks English as their first language—only slightly more than 225,000 in a country of 1.2 billion people. India has roughly 125 million English speakers in total, and their dialect is called Indian English. A very prominent characteristic of spoken Indian English is that some sounds that are common in British or American English are not distinguished from one another, or are pronounced differently altogether. For example, the sounds [v] and [w] are usually not distinguished from each other, and [θ] (the th- sound in think) is usually pronounced as [d]. These sounds are not present in Indian languages, so they pose a challenge for Indian speakers. Noticeably formal sentence structure is another feature of Indian English. It might be because so many people who speak English in India speak it as a second language and want to sound as correct as they can, or it might be because they have retained some stiffness of the Victorian era. Compound words are common in Indian English. Generally, their purpose is to further customize the language and make it more useful to speakers. For example, “cousin-sister”­ is used to denote a female cousin. It’s not a term used in other dialects of English, but it is found in other languages spoken in India.

Jay-Z becomes Jay Zed when he goes to the UK. Well, he personally doesn’t, but Brits might pronounce his name that way. A very striking characteristic of British English is its richness in dialects and accents. For a millennium and a half, the inhabitants of the British Isles developed distinctly local ways of speaking the same language, so now there are regions and even cities with their own dialects and accents. We already mentioned a few characteristics of British English pronunciation when we talked about American English. There are also plenty of subtle characteristics of British English that might be hard to pick up. Names of bands and teams are always treated as plurals in British English, although group nouns can be treated as either singular or plural. Brits use “got” as a past participle for the verb “get.” They spell some words differently than Americans do, like “colour” and “flavour” instead of “color” and “flavor.” They still use the suffix -t when creating the past participle of irregular verbs like smell or burn, and they wait in queues while Americans wait in lines.