The Best Word Games to Play With the Family 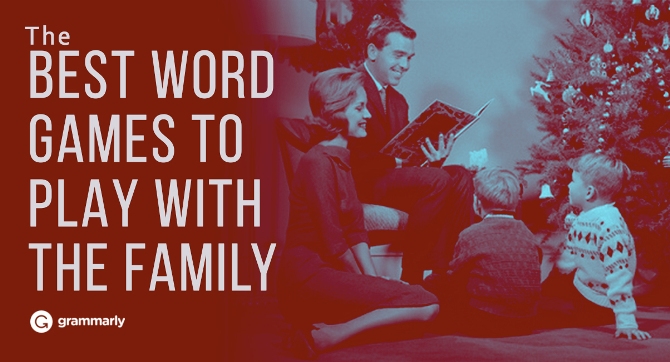 Does anything beat the sound of children laughing? If the children are having fun and learning simultaneously, it can sound even sweeter! Word games reinforce spelling and vocabulary skills. Because kids love games, they are often excited to participate. You probably have tried the old classic, Hangman. Hangman is still great, but your family might enjoy some new games. These easy, amusing word activities don’t require any setup, so you can play them today.

Steer clear of the ghost! A player loses when he acquires each of the five letters G-H-O-S-T. To avoid getting a letter, a player simply has to avoid spelling a complete word. The first player selects a letter. Then, each family member takes a turn selecting subsequent letters. The trick is to add letters that are part of a word but do not complete a word. For example, imagine the starting letter of the first round is B. The second player might add A, thinking of barbecue. The next player adds N with bank in mind. Oops! He would receive the G of GHOST because N completes the word “ban.” The next and following rounds follow the same pattern until someone gets all five letters of GHOST.

What happens if someone adds a letter that another family member doesn’t think is part of a word? The player must reveal which word was his inspiration. A player can also question whether a completed word is a genuine word. If it isn’t, the player who accused him of spelling a word gets the ghostly letter! It’s best to keep a dictionary handy to resolve disputes easily and cordially.

In this game, it’s the task of the other players to find out what the secret word is. To help them, you give them sample sentences. The catch? You replace the word with “coffeepot.” For instance, the secret word is car. You might give these clues:

The sentences you generate can be quite amusing. Your children will have lots of fun trying to guess the secret word. Older children can try their hand at making their own sentences.

Once Upon a Word

Older children will enjoy creating a story with the family. Each person participates by adding one word at a time. Parents can help guide the story by providing words that help progress the storyline. If stories seem to meander for too long, you can set a certain number of rounds or add one sentence, rather than one word, at a time.

Select three random nouns. Then, imagine a superhero based on the words. For instance, the words banana, hurricane, and dirt might inspire a creature who looks like dirt on the ground. Because of his camouflage, he can blend in anywhere there’s a bit of earth. But don’t step on him! He flies around villains like a hurricane of soil, confusing and containing them until the police arrive. The only way to stop him is to use a banana. His phobia of the fruit causes him to run away from anything banana-related! What superheroes can your family invent?

Have you tried these games? Get ready for hours of learning and laughs. To keep them exciting, you may try a variation from time to time. Instead of a superhero, create a three-word monster, alien, or new animal species. Ghost has a variation called Superghost. The rules are the same, except you can add letters to the beginning or end of a word. This more challenging twist can keep adolescents and teenagers interested. It can be a game in itself to make up house rules for your favorite activities. Why not call your family together for a game right now?