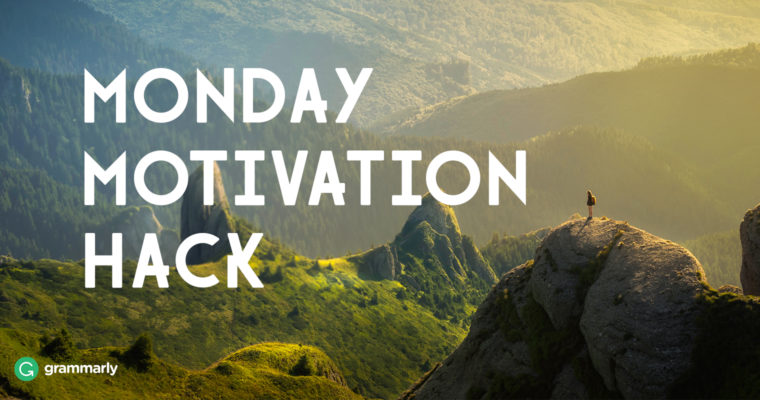 Whether it’s a to-do list that never seems to get done, a less-than-inspired morning routine, or a tendency to get distracted (damn you, social media!), we’ve all got a hole in our productivity armor somewhere. Every Monday, we’re going to be analyzing common bad habits that could be holding you back, and we’ll offer a hack or two to help you get more quality output from your time. Our Monday Motivation Hacks will help get you into fighting shape and give you some new tactics to try out on the battlefield.

To kick off the series, let’s deal with to-do lists.

To-do lists are some of the most common, powerful, and versatile lists in the pantheon of lists. These simple lists usually focus on short-term tasks or goals, and as such they do quite a bit of heavy lifting day-to-day. However, without structure and prioritization, to-do lists easily mutate into rather useless behemoths.

How to Get Your To-Do List Working For You

While it is possible to organize a massive backlog after the fact, it is usually much more helpful to set up the framework of your to-do lists as you create them. Here are some helpful guidelines.

Often, a good to-do list comes from other to-do lists and similarly spawns more to-do lists. Before you get overwhelmed thinking about the seemingly infinite loop of list-making, keep in mind that what we’re really talking about here is the structure of your list organization—unless it’s super-short-term, they’re all nested.

Here’s a tip: Write your to-do list at the end of the day so you can tackle it fresh each morning.

Taking your to-do lists from useful to essential is more than just keeping them simple and having some kind of organization. Making to-do lists integral to your process depends on your ability to prioritize and break out tasks on the list. There are a few different ways you can mix and match to impose prioritized structure onto your lists.

The icing on the cake of to-do productivity is actually translating your super-prioritized and well-structured list into slots in your calendar. Literally, all you do it schedule time in your calendar to work on the items on your to-do list. This helps you to focus when you start working on a task and prevents others from scheduling meetings during your work time.

What to-do tips would you add?

If you want to up your list game beyond the simple to-do, learn which lists are best to use for achieving goals and take our quiz to see which list you need for your project.