How to Write a Story Plot 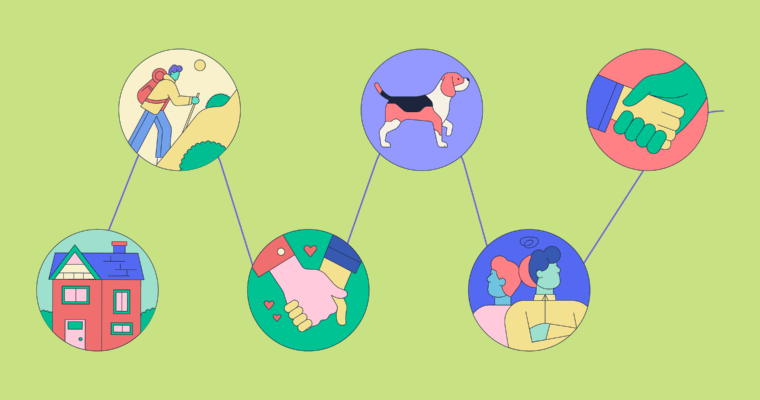 So you want to write a story. You’ve built a whole complex world in your head and developed a few well-rounded, interesting characters to populate it. You can’t wait to start writing and see how these characters interact with each other.

If you find yourself staring at a blank screen, not sure how to get started despite having such great characters and an interesting setting, here’s why: Your characters need something to do. In other words, you need a story plot.

What is a story plot?

Essentially, a story plot is what happens in the story. More specifically, the plot is the series of events that take place. It’s the action of the story that drives the narrative forward. Here’s a short plot:

There are no details about the setting, the girls’ personalities, or their relationship. Those are all story elements that can interweave with the story’s plot, but at its core, a plot doesn’t include them.

Plot is one of the five elements present in every story:

In our example story plot, the conflict is the toad’s request and the girls’ responses to it. The theme isn’t immediately apparent (which is the case in many stories), and the setting is the girls’ backyard.

A plot’s purpose is to give a story structure. In many ways, it’s what makes a story a story. Think about what happens if you try to tell a story with no characters: The narrator, parts of the setting, and even the readers become the story’s characters. Similarly, you can’t really tell a story without a setting—with no explicitly named setting, the listener’s mind fills in the blanks or makes assumptions about its setting. Without a conflict, there’s nothing to drive the plot forward, and without a theme, a series of events is just a series of events.

Without a plot, the characters don’t do anything. They simply exist in their setting, with no conflict to face and no themes to explore.

Journalist and author Christopher Booker identified seven types of plot in his book The Seven Basic Plots. They are:

A narrative is not the same as a plot. Neither is a story arc. But they have similarities and can’t exist without each other.

A story’s narrative is the way the story is told. It’s the order in which the plot’s events occur and the perspective from which the story is told. To go back to our example story plot from before, a narrative might be the toad telling the story from his point of view, starting with the moment he spotted the girls walking toward their jungle gym and ending with him proudly proclaiming the younger sister the Toad Princess.

A story arc is the path the story plot points take from beginning to end. It’s called an arc because in many cases, the progress from exposition to the rising action, climax, falling action, and end can be visually represented as an arc.

How to write a plot

Whether you want to write a short story, a novel, a ballad, or any other type of narrative writing, you’re going to write a plot. For a lot of writers, writing a plot outline before writing the story’s scenes is a helpful way to organize their thoughts and keep their writing focused.

A story outline is similar to an outline for an essay or other piece of writing. It’s a pared-down, beat-by-beat frame that lists your story’s sections and a few details about each.

The first step in writing a plot is brainstorming your story as a whole. What is the story about, really? Think about the themes you want to explore. Jot down everything that crosses your mind, and don’t worry if it doesn’t all fit together neatly—you’ll organize it in the next step.

As we mentioned above, a plot is simply the linear (or in some cases, nonlinear) series of events a story’s characters face. In most stories, these events have a cause-and-effect relationship to each other, like how the grandmother’s illness in Little Red Riding Hood caused Little Red to go into the woods with a basket of food, or how the ship hitting the iceberg in the movie Titanic resulted in the passengers being evacuated and Rose scrambling to find Jack.

There are lots of ways to structure a plot. Every plot has a beginning, a middle, and an end, and every plot has some kind of inciting incident that kicks off the action, a climactic point where the action peaks, and a resolution following the climax. However, the climax can be anywhere in the story—you might write a story that starts with the climax and explores how the characters work through its resolution, or you might write a story where the tension seems to resolve itself after the first scene, only to drop the characters into an even more challenging situation.

Elements of a plot

The only rule for writing a plot is that it needs to contain these three elements:

The character is the person (or animal, or in some cases, object) that faces the plot’s obstacles. It’s who the story is about, and this can be one character or many. In a story plot, causation is the flow the plot points follow—the cause-and-effect relationship the events have to each other. The conflict is the challenge the character faces. It can be as dramatic as having to save the world from a monster or as mundane as getting to class on time.

Plots about a character venturing into an unknown place, then returning as a changed person, are known as voyage and return plots. Stories with this kind of plot include Alice’s Adventures in Wonderland and Ramayana.

A comedy plot isn’t necessarily a funny story. In plot terms, comedy refers to a plot where the protagonist triumphs over their challenge after facing complicated circumstances and a single clarifying event. A Midsummer Night’s Dream is a comedy plot.

What is a story plot?

A story plot is the series of events through which a story’s character faces obstacles, culminating in the story’s conclusion.

How does a plot work?

A story plot moves the story’s action along by providing scenarios and obstacles for the characters to face.

Are there different types of plots?

Yes. There are seven “standard” plot structures. Each represents a common trajectory that plots follow.

How are plots structured?

Every story plot, regardless of which type it fits, has a beginning, a middle, and an end. Each plot has a climax, which is where the story’s tension peaks, and the climax itself has a buildup and a resolution.