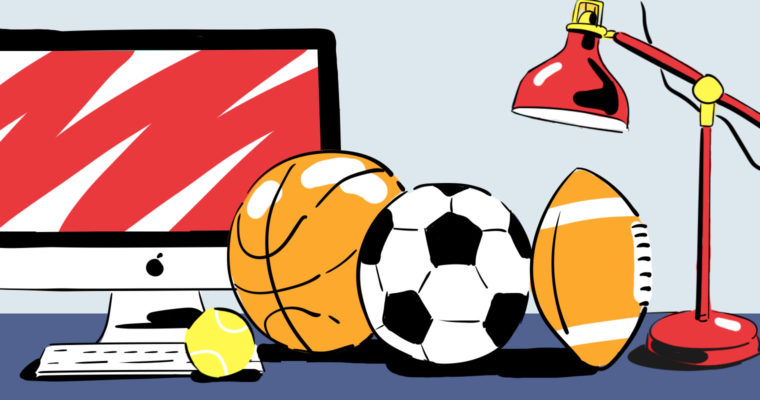 Monday through Friday, we pour blood, sweat, and tears into our jobs. Winners and losers emerge from everyday interactions. You have to keep your eye on the ball, step up to the plate, and be ready to perform when your number is called.

Oh, boy. When did sports clichés become such a widespread form of communication in corporate America?

Nobody knows the exact answer, but there’s no arguing that sports culture and its terminology are prevalent in offices across the country. Explaining twenty-five of the most frequently used phrases will help you stay one step ahead of the competition.

1 “Knocked it out of the park”

Two of the greatest feelings in the world are walking out of a meeting room after nailing a presentation and trotting around the bases after hitting a home run. The phrase “knocked it out of the park” refers to more than just the home run. It implies that it was such a success that you have time to make a slow, satisfying victory lap around the bases.

Attributed to legendary Green Bay Packers coach Vince Lombardi and then immortalized by Al Pacino in Any Given Sunday, a game of inches justifies why the littlest detail matters. In football and business, the difference between raising a championship banner and being considered a failure is often the smallest margin.

Popularized by boxing scribes in the early twentieth century, “losing a step” is associated with a high-level employee’s deteriorating skill set in the corporate world. Depending on who the person is, this could be a damaging blow to the individual or the entire company. A boxer who has lost a step is more likely to end up on their back than win a prize fight.

4 “The ball is in their court”

In your business-to-business dealings, it’s quite common for one company to be lagging behind in the decision-making process. When you’ve done everything on your end to make a decision, the ball is now in their court—which stems from a stalling tactic in both tennis and basketball. This means it’s up to them to take the next step.

Slam dunking was popularized in the mid-1970s NBA as an electrifying way to score points. It has arguably evolved into sports’ most celebrated play. At the office, slam dunks can refer to just about any guaranteed success: ideas, execution or a new hire.

Whether a talented staffer leaves for a better job or a key team member suddenly has to go on jury duty, every business deals with the concept of the next man up. It means the show must go on, no matter who is assuming the void. The phrase has recently been ingrained in society by notably tough coaches like Bill Belichick and Jim Harbaugh. Star players sometimes come into their own using this philosophy. The same thing can happen in an office.

7 “Ice water in their veins”

The most successful athletes are cool under pressure—in other words, they have ice water in their veins. Superstar athletes like quarterback Tom Brady and legendary basketball player Michael Jordan were at their best in the fourth quarter with the outcome of the game on the line. Most companies have a handful of exceptional employees with these ice-water traits, who routinely defy odds to deliver a deal or close a sale.

When a football team is out of options at the end of the half or game, their quarterback will throw a sixty-yard prayer to the end zone. The play has an extremely low success rate—less than five percent. Businesses have adopted “Hail Mary” as a term to define a last-resort tactic for salvaging a situation or project. The term entered modern lingo in 1975 after a Vikings-Cowboys game. Currently, Green Bay Packers quarterback Aaron Rodgers has been dubbed the King of the Hail Mary for his success rate with the longshot pass.

Most teams must overcome errors and turnovers to secure a victory. Have you ever botched an assignment where everything seems to be going haywire—but the result still makes the customer happy? You know exactly what “a win is a win” feels like.

Working on a difficult team project can feel like a relay race. To “pass the baton” refers to passing off your portion of the assignment, much like a 4×100 meter Olympic relay race. Think of yourself as a cross-functional project manager who needs to get approval from another vertical within the company. You’re surely going to “pass” your portion of the work to a different department to get this feedback.

Think of finishing a project the same way a football player crosses into the end zone to score a touchdown.

If you did some boring or difficult work to make your teammates’ job easier, you “took one for the team.” In sports, this refers to taking a tackle or making a personal sacrifice so your team can score.

This basketball term that applies to pressing your defense to not allow the offense to have any space. It also mirrors the recruiting world when a company aggressively courts a candidate.

This acronym stands for “Greatest of all time.” Some would consider it a career goal to reach this level of acclaim in business or sport.

This term refers to someone who’s always second-guessing a decision made in a football game or business meeting after it’s already happened.

Some phrases may seem harmless until you think about what message they’re really sending. Here are 10 words and phrases to stop using at work, and what you should say instead. https://t.co/aX8OncVcvF (via @Grammarly) pic.twitter.com/biqtmq7xgS

A simple outcome that was expected can equate to scoring a par on a hole of golf.

When you’re in a bad situation at work, one could equate it to having the cue ball behind the eight ball in a game of pool or billiards. You have limited options.

Thrown for a loop at work? Think of a baseball pitcher spinning a pitch to a batter so they’re unable to react accordingly.

This football term reflects a team kicking the ball back to their opponent. If you punt at work, you’re passing up something to be considered another day.

Golfers give themselves an advantage by hitting off of a tee to begin every hole. So, when somebody does work ahead of time for you, they’ve teed you up for success.

HEDGING, n. Language that unnecessarily limits or qualifies an idea

Work isn’t a sprint, it’s a marathon of activity. You can treat long-term projects like you’re a runner who’s looking to pace over a long distance in favor of quick bursts.

Baseball is a sport with versatile players who often handle multiple positions. Think of this term next time you handle cross-functional roles on a major project.

23 “You have someone in your corner”

It’s always great to receive managerial support, like a boxer who needs to have someone in their corner giving advice during a prize fight.

You can’t roll a strike in bowling or putt in golf without getting started. The same goes for any work-related project.

If you dropped the ball at work, chances are you missed a step in a project, forgot to email someone back, or made a huge error—just like an outfielder in baseball dropping a fly ball that was a can of corn. Wait, what? We can save that explanation for a food-phrase list.