5 Words You Should Never Use When Setting New Goals 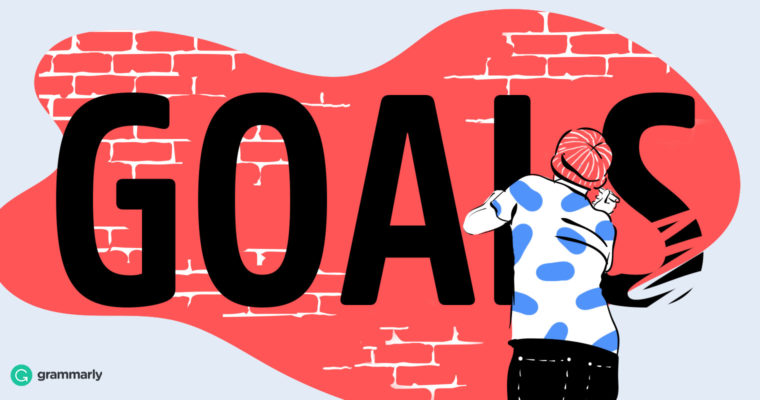 Many of us don’t achieve our goals. But that’s not because we’re failures. It could be that we just don’t understand how to set goals in the first place. If you want to make your new goals stick, you’ve got to use the right words to state them.

You may have heard of the SMART goal setting system. SMART is an acronym that stands for:

If you’ve struggled to achieve results, it may be because you didn’t put enough thought into the goal-setting process. Are your goals SMART?

Setting a SMART goal is only part of the puzzle. You can state your goal within the framework of the SMART system and still not find yourself driven to succeed. That could be because you stated your goal with negative language instead of framing it in a positive way.

If you’d rather reach toward a goal instead of tackle a to-do list, avoid these five demotivational words.

Quick! Name a time you’ve felt energized after uttering a phrase that began with “I should really ______.” Should tends to make us feel guilty, not spurred into action. It brings to mind commitments we haven’t met, or obligations we haven’t fulfilled.

Instead of I should say I will.

By the end of the month, I should I will formulate a plan to pay down my credit card debt.

Remember what the SMART goal setting guidelines say about making things time-limited? Unless you set yourself a deadline, odds are you’ll struggle to reach your goals. (Name the last time you’ve actually done that thing you’ve been saying you were going to do soon or someday.)

Instead of saying soon, set a specific timeline.

I will send out ten résumés and or letters of interest soon by Friday in search of a new job.

Need to and have to are a lot like should. They don’t compel us to reach toward our goals so much as shut us down.

Instead of need to / have to, say want to.

I need to want to lose ten pounds by May 1st.

BONUS: That goal may be specific about what you want to accomplish (lose ten pounds), but it doesn’t give you a plan for getting there. Let’s get even more detailed.

I want to plan healthy meals and exercise four times per week in order to lose ten pounds by May 1st.

We asked for productivity tips, and our community came through. Check out your top 2018 tips: https://t.co/swsRk43CuW #TuesdayMotivation

You may have heard the joke, “I‘d give up chocolate, but I’m no quitter.” (And hey, there are health benefits to eating a bit of chocolate on the regular, so have at it.) “Quit” is the word we use to suggest that somebody gave up and threw in the towel. It’s not exactly the power word of champions. So why do we use it when we’re setting goals?

Instead of quit, say stop.

From today on, I will quit stop smoking.

Never sure puts a lot of pressure on us. It’s an absolute in a world where there are few absolutes. When you promise yourself you’ll never do something, you set yourself up for a letdown should you fall short of your goal. Never isn’t a forgiving word.

Instead of saying never, consider specific actions to prevent you from doing the thing you want to avoid.

I will never be late set my alarm fifteen minutes earlier so I won’t be late for work again.

You may have noticed we used the word never in the title of this article. Research shows that negative words dominate our language, and the human negativity bias means these words grab our attention ahead of positive words like always. But negative words don’t help with goal setting, so keep your language encouraging in order to keep your motivation high.