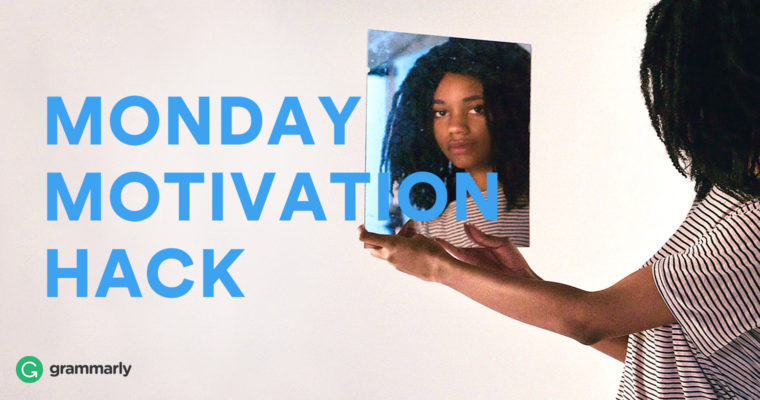 Are you better this week than you were last week?

There’s only one way to guarantee an affirmative answer to that question: Set a self-improvement goal at the beginning of the week.

In a study published in 2015, Daphna Oyserman of the USC Dornsife Mind and Society Center and Neil Lewis of the University of Michigan found that for goals to be motivating, the future (the deadline) must feel imminent. In one scenario, the researchers asked participants when they would begin saving for retirement. They told the first group that they would retire from their jobs in 10,950 to 14,600 days. The second group planned on retirement starting after 30 to 40 years. Even though 10,950 to 14,600 days is the same amount of time as 30 to 40 years, the term “days” influenced how imminent the participants perceived their deadlines to be. The “days” group planned to start saving four times sooner than the group who thought of the event in years.

What the Research Means for You

Instead of setting a far-off goal, break one of your long-term goals into smaller chunks that have an imminent deadline. Amy Morin of Forbes called them “now deadlines,” and she explained how to reach them: “Create target dates to reach your objectives. Find something you can do this week to begin taking some type of action now.” Let’s look at an example together.

Long-term goal: Write a novel in one year.

Why Short-Term Self Improvement Goals are Always Successful

Forward movement is progress. Starting your week with an objective will provide motivation and structure. You may not always meet your daily goal, but you will still be moving forward and improving yourself. For instance, in the example above, the goal for Day Four was five hundred words. Even if you don’t have a chance to write a single word that day, you have still come up with three awesome plots and five hundred words of your new novel. You can get back on track for Days Four through Seven. The small steps you take every week will lead to big accomplishments.

You can’t predict the future. No one can say for a certainty what will happen in the future, especially years or decades from now. However, you can speculate what will happen tomorrow or next week with some accuracy. Take advantage of your short-term prediction skills by setting goals for the near future. You will have time to adapt and change to new events, technology, and even the weather when you set short-term goals.

How to Choose a Self-Improvement Goal

In an article titled “How to Worry Less About the Future and Make Each Week Awesome,” Samy Felice suggests concentrating on weekly events that are in your control. You can center goals around what time you wake up, with whom you associate, and what you eat, read, and watch. You can drop a bad habit or pick up a healthy one.

So, what will your goal be? Whatever you decide, make sure to divide your big objectives into small, manageable chunks that you can focus on each week. Choose something in your control, and don’t be discouraged by minor setbacks.

Are you better this week than you were last week? If you start the week with a self-improvement goal, the answer will always be yes.