How Reading Affects Your Brain 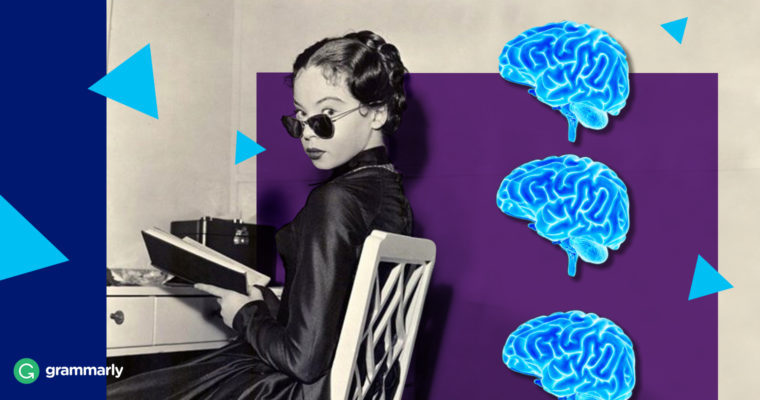 As you read these words, your brain is decoding a series of abstract symbols and synthesizing the results into complex ideas. It’s an amazing process. The English writer Katie Oldham described the “surreal” act of reading a book this way: “You stare at marked slices of tree for hours on end, hallucinating vividly.”

And as if it weren’t already strange enough, consider this: If you do enough of it—that is, read a lot—it may not only rewire parts of your brain, but perhaps even make you a nicer person. (Maybe. More on that below.)

While the brain remains a massive and often murky frontier for scientific research, we’re devoted fans of the written word—and we’re always keen to learn more about the neurological effects of one of our favorite pastimes.

The act of reading hinges upon not one part of the brain but the interactions among several, which have to do with recognizing symbols, relating them to sounds and spoken language, and ultimately extracting meaning. That’s because, from an evolutionary standpoint, reading and the human brain are relatively new acquaintances. (In fact, the extent to which language—written or not—is a built-in function of the brain has itself been a subject of ongoing debate.)

To frame this another way, “We were never born to read.” So begins Maryanne Wolf in her book Proust and the Squid:

Human beings invented reading only a few thousand years ago. And with this invention, we rearranged the very organization of our brain, which in turn expanded the ways we were able to think, which altered the intellectual evolution of our species. . . . Our ancestors’ invention could come about only because of the human brain’s extraordinary ability to make new connections among its existing structures, a process made possible by the brain’s ability to be reshaped by experience.

(Wolf has also noted that because the act of reading integrates other functions that have to do with your sense of place, as well as touch, diminishing those senses—as reading on a screen instead of a page often does—can make long reads tougher to navigate and harder to remember afterward.)

Just as the brain can learn to take on the multifarious requirements of processing language from symbols—thanks to a property called neuroplasticity—it seems apt to retain the effects of doing so, as well.

For instance, researchers at Emory University found that reading a novel heightens connections in the parts of the brain that deal with language reception. The study’s lead author, neuroscientist Gregory Berns, says it also taps into a process known as grounded cognition, by which reading about an action such as swimming activates neurons that are associated with that act, even while you’re sitting still:

The neural changes that we found associated with physical sensation and movement systems suggest that reading a novel can transport you into the body of the protagonist. . . . We already knew that good stories can put you in someone else’s shoes in a figurative sense. Now we’re seeing that something may also be happening biologically.

Berns says it’s worth noting these effects aren’t limited to the moments while you’re reading; rather, they’ve been detected via brain scans several days after the fact. Even if a book doesn’t change your life, it might change your week.

That transportive property by which fiction can project readers into other people’s lives may also help us better relate in real life. Such was the finding of a 2013 study at The New School in New York, which found this benefit specific to the readers of literary fiction: They seem to excel at tests that involved understanding other people’s feelings.

That result did not hold for the readers of nonfiction or genre fiction, by the way. But before you toss out your beach reads and histories in order to focus on the complete works of Chekhov, you might want to be wary of headlines that overhype the conclusion—e.g., “‘Mind-Reading’ Skills Boosted By Reading Literature, Study Suggests.” The brain is monstrously complicated; we still have much to learn of its machinations.

Still, the suggestion seems to get some credence from more recent work by Keith Oatley, a University of Toronto cognitive psychologist who also happens to be a novelist. Fiction, Oatley says, is akin to a flight simulator—a kind of life simulation that allows us to gain experience without, you know, crashing and burning.

When we read about other people, we can imagine ourselves into their position and we can imagine it’s like being that person. . . . That enables us to better understand people, better cooperate with them.

There are skeptics, however, who worry such interpretations risk unduly narrowing the benefits of an activity we ultimately do for pleasure. Rather than “literature as PX90 workout for the soul,” book columnist Mark O’Connell argues, “I wouldn’t want to be without those books or my having read them, and . . . their importance to me is mostly unrelated to any power they might have to make me a more considerate person.”

Whether it ultimately makes you a better person or just a happier one, there is research suggesting the out-of-body experience that comes with a good book might be the empirically best form of relaxation. That’s from the work of David Lewis, a cognitive neuropsychologist at the University of Sussex:

This is more than merely a distraction, but an active engaging of the imagination as the words on the printed page stimulate your creativity and cause you to enter what is essentially an altered state of consciousness.

That also seems to hold true even if you’re not inclined to tangle with the likes of Tolstoy while trying to de-stress: “It really doesn’t matter what book you read,” Lewis says, so long as it’s “thoroughly engrossing.”

Whether you read to soak in brilliant writerly techniques for your own next draft, or simply because it’s too loud on the train to enjoy podcasts—and whether you prefer leather-bound first editions or the alluring glow and convenience of a smart phone—Grammarly is glad to be part of the way you enjoy words.