Piecemeal is an adjective and an adverb. Use it to describe things that happen gradually. Just make sure not to misspell it as “peacemeal.” Piecemeal is about pieces, not peace.

What Does Piecemeal Mean?

When you say something is piecemeal, you mean that it was made or done in a series of steps, not all at once. Some of the synonyms for piecemeal might explain the word better: gradual, one piece at a time, piece by piece, bit by bit, or fragmented. 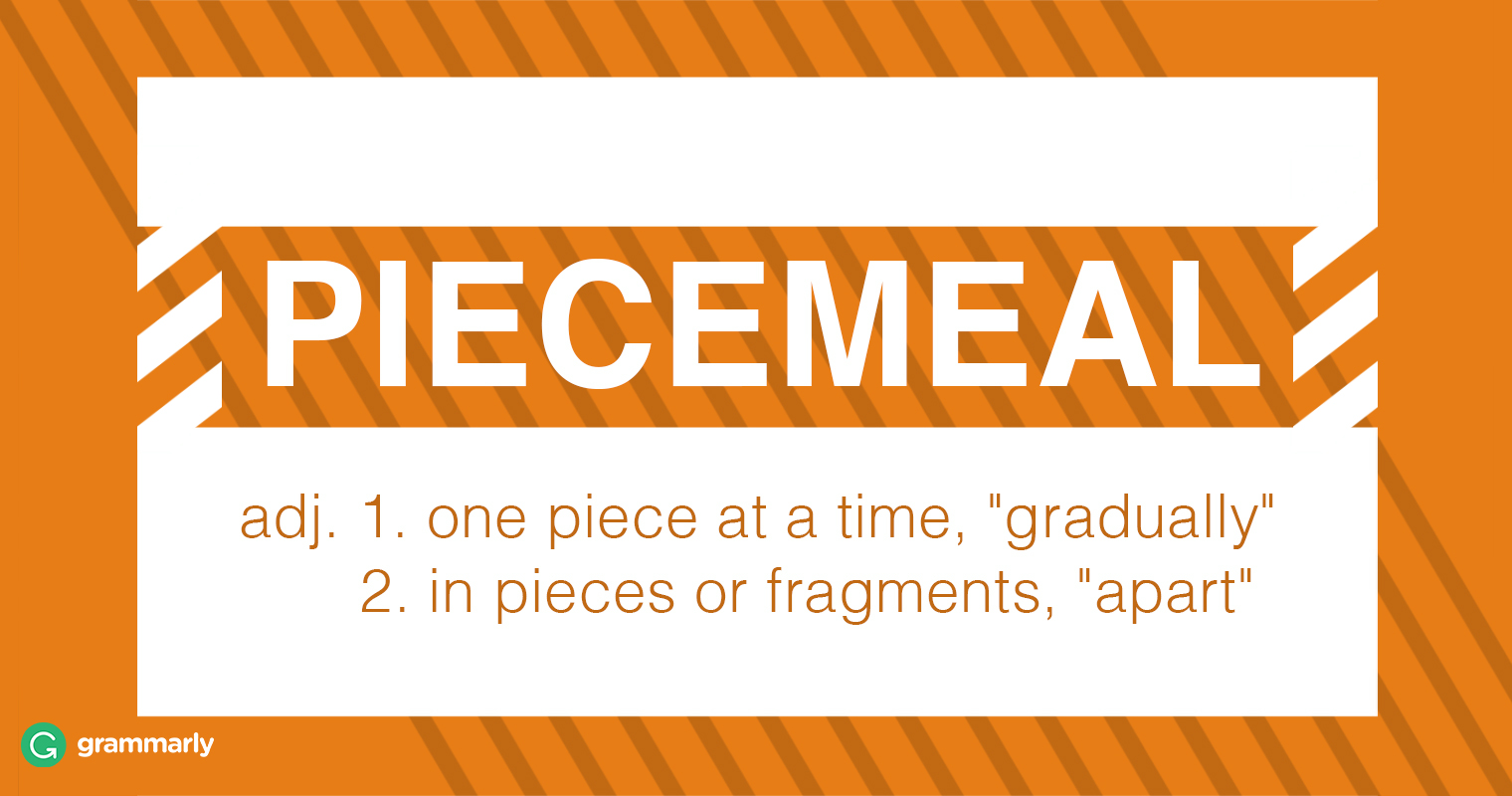 If you want to use piecemeal as an adjective in a sentence, you would do it like this:

The piecemeal policies of the government took a lot of time to implement.
Peter opted for a piecemeal approach to building a new computer, buying one piece of hardware at a time.

You can also use piecemeal to describe actions that are performed gradually. However, when used as an adjective, piecemeal can also mean “apart” or “in pieces”:

John left the jigsaw puzzle piecemeal on the floor after he knocked it off the table.

Examples of Piecemeal in a Sentence

Within months, Rubio said that a single comprehensive immigration bill was “not realistic” and instead called for a piecemeal approach starting with border security first.
PolitiFact
Without this first step, we are at risk of losing an overarching vision for the whole, resulting in piecemeal unintegrated planning – and the whole is more than the sum of the parts.
Stuff.co.nz
The draft adds more detail to the existing planning document for the area in an aim to avoid piecemeal developments.
Hackney Gazette
Meanwhile, Warburg Pincus’s deal to sell the last part of the Clondalkin Group brings to €800 million the amount generated from the piecemeal break-up and sale of the business in recent years.
The Irish Times
Your writing, at its best.
Works on all your favorite websites