Political Correction: How “PC” and “Reclaimed” Words Got Their Start 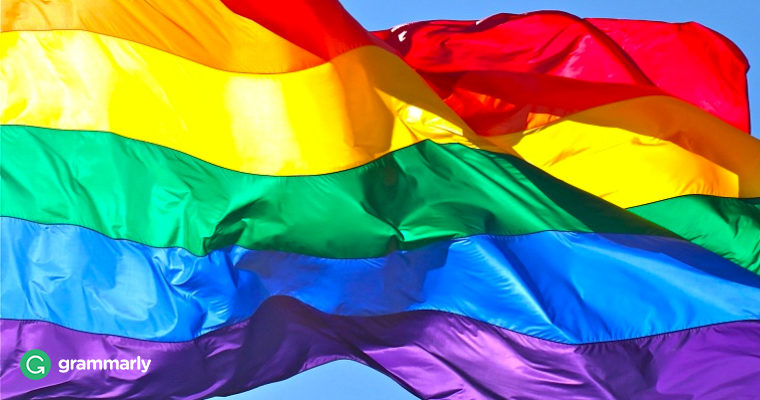 Any Google News search for “political correctness” will yield three general groups of results: pieces slamming one public figure or another for their lack of politically correct discourse, thinkpieces describing why the “PC police” are ruining free speech, and articles debating whether certain actions or speech patterns are “politically correct.”

While online pundits and thinkpiece authors spend a lot of energy debating whether terms or usages are PC, or condemning certain figures for their use or avoidance of PC language, there aren’t as many discussions about the history of politically correct language. Why do some English speakers distinguish appropriate terms from slurs, insults, and problematic figures of speech? Also, what does it mean when other English speakers say they are “reclaiming” or “reappropriating” a word?

What Is Politically Correct Language?

Let’s start this discussion of political correctness with a working definition of “politically correct” that goes beyond South Park’s “PC Principal.” According to Merriam-Webster’s definition, this means,

agreeing with the idea that people should be careful to not use language or behave in a way that could offend a particular group of people.

As we can see from this definition, political correctness begins with a belief in using inclusive language—words and phrases that have not historically been used to demean, belittle, or insult any particular group of people. An English speaker who doesn’t believe in using inclusive language is probably not in favor of political correctness, either.

Although it’s true that inclusive language is more than political correctness, one of the biggest misconceptions about PC language is that it’s a new phenomenon. The Harvard Political Review tracked the history of the phrase “politically correct” and found that the term has been used since the 1700s, although it didn’t take on its current meaning until the 1960s. In the ’60s, political parties in the United States would debate whether actions, policies, and language were “correct,” with procedural, almost clinical connotations. The next usage shift came in the 1990s, when “PC” began to take on negative connotations for some political parties in the U.S., even as it was wholeheartedly adopted by others. Today, “politically correct” can be used in many contexts, from debates that hark back to the political procedure discussions to condemnations of any limitation of speech.

A (Brief) History of Reappropriation

Of course, if a word is deemed politically incorrect by a person or group, then who decides whether or when it’s appropriate to use again? This is where reappropriation and reclamation of language enter the PC landscape. And like political correctness itself, these have a long academic history.

“Reclamation” (or the related term “reappropriation”) has been used in the field of social science since the mid-1960s, often in reference to either tangible assets lost by certain groups (land, natural resources) or cultural customs believed to be lost (traditions, language). Although its official definition varies with use, “reappropriation” involves a group bringing back an idea, custom, or object that had once been used by others in a way the group perceived as negative or hurtful. For example, the term “queer” was reclaimed by some members of the LGBTIA+ community in the 1990s, when the former slur started to have new meaning as a sexual or gender identifier.

If you look at the Google Ngram chart below, you’ll notice that the frequency of the word “reclamation” has remained low but steady in printed books since the early 1910s. The more active “reclaim,” however, began rising in popularity in the 1960s, overtaking its academic predecessor in the mid-1990s. Additionally, “problematic,” a term often lobbed at words deemed inappropriate because of their derogatory or prejudiced nature, rose sharply in popularity starting in the 1970s and reaching a peak in the late ’90s.

So, it would seem that as political correctness was gaining new meaning in the 1960s and 1990s, the discussion of reclamation or reappropriation of language was similarly piquing public interest. But what does this history have to do with the state of PC and reclaimed discourse today?

What Is “Reclaiming” a Word?

Although numerous groups have reclaimed words or phrases, here’s what the Gay, Lesbian & Straight Education Network has to say about reclaimed language:

As language evolves, some individuals and communities choose to identify with terms that had previously been used as slurs against them. These words are “reclaimed” and given new meaning, often imbued with a sense of pride and resilience. Examples include “queer,” “dyke,” and “tranny,” among others. It’s important to remember that identity is unique to each individual; not all members of a community readily accept the use of reclaimed words, as they may still find them offensive and hurtful.

This definition, and others like it, exist across multiple groups who are currently working to “reclaim” certain words once deemed offensive or politically incorrect. The examples above are specific to the LGBTQIA+ community, which has reclaimed numerous words over the years. But it maps back to the larger trend outlined by Merriam-Webster’s definition of the word “reclaim”:

to get back (something that was lost or taken away)

But why would you want to “get back” something that was once used to degrade your identity?

According to Tony Thorne, curator of the Slang and New Language archive at Kings College, it’s a simple issue of control. If you control the language, you can control the narrative about your group. As he says, “Reappropriation of ethnic and sexual slurs starts as an act of bravado by a few of the oppressed, then may become an empowering mechanism for a much wider community.” Under this reasoning, reclaiming a potentially negative word like “queer” could help members of the LGBTIA+ community feel as though they’ve changed the narrative about sexual or gender identity. It also can allow English to reuse once politically incorrect words as positive watchwords for certain interested people or groups. As GLSEN mentions above, though, people outside these marginalized groups should be careful when using reclaimed words, since they can still be offensive to certain people, even if their definitions and usage are rapidly changing.

However we may personally feel about either political correctness or reclaiming language, there is one fact all English speakers must acknowledge—English evolves. Any grammar pedant who claims a static set of rules for English needs a gentle history lesson; English has always changed and always will.

So, whether the Internet implodes because of the PC debate or not, English speakers will continue to change the rules for accepted terms and usage among certain groups. When you find yourself uncertain about a potentially loaded term, it helps to ask members of certain groups which words they prefer. If that’s not a possibility, it may also help to avoid some new or changing words you aren’t entirely sure how to use.

Of course, not everyone agrees that politically correct language is important. But let me challenge us all to take ten seconds to consider how our words may affect others. Let’s all try harder to make the Internet a more inclusive place. Perhaps we can create a future state of English that allows people to define themselves however they choose, in whatever terms they deem fit. If those terms are accepted by the wider English-speaking public, great! If not, perhaps we should allow previously unheard voices to introduce themselves in their own words.

Finally, to those who dislike political correctness and reclaimed words, let’s talk about it! Leave a comment below to continue the discourse on this language trend.