5 Overwatch Teamwork Tactics You Can Take to Work 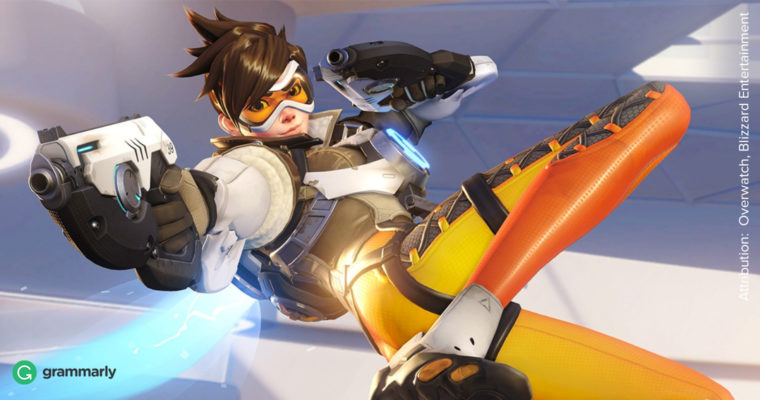 This one’s for the gamer geeks. You know who you are. You’re the ones with thumbs permanently crooked from working analog sticks, or one hand formed into a palsied claw from clenching your [insert gaming mouse brand of choice here] in a death grip. You’re the ones whose parents said would never amount to anything if all you did was play video games all day. (To which you had to retort, “I’m building hand-eye coordination!”)

If Overwatch (or any other team-based shooter) has you in its clutches, fear not! You can take pride not only in your finest Play of the Game moments but also in the knowledge that, while you’re potentially alienating friends and family, you’re also building valuable collaboration skills that will help you rock your day job. Here are five team play tactics that have been subtly helping you get better at life. Go you!

1 Stay on the payload!

Just push the payload, buddy. Okay? No one wants to have to tell you this again. People aren’t making videos, songs, and memes to remind you of this all-important team play strategy for nothing. You’ve acquired this lesson, and you use it when you play Overwatch, right? Right!

Payload missions are a lot like meeting a team objective at work—you’ve got to stay focused on the thing that’s going to carry you to victory. At work, when some Genji goes skipping off doing his own thing, you’ll be the sensible everyday hero. You’ll get things done by pulling your teammates together and reminding them that you’ll only accomplish your goals if you keep your eyes on the prize.

Seriously. That payload isn’t going to move itself.

You may learn to own the maps as a six-person team of healers or tanks, but it sure isn’t going to be easy. You’ve learned that success in Overwatch, or any other team-based shooter, comes in knowing your team and playing to its strengths. (This works especially well if you have a group of friends you play with.)

The same is true in a work setting. If you’re brilliant with words and your coworker can dazzle with Photoshop, there’s no reason you should be trying to edit your own graphics while she writes copy. Aces in their places, everybody!

3 Play to your strengths

Some players are born to tank, others to finesse with DPS. You understand that you’re on the most solid ground when you’re doing what comes naturally.

Part of succeeding at work comes with knowing what you’re good at. Let your light shine by taking on roles and tasks that highlight your strengths. That promotion can’t be far off!

Of course, it’s always a good idea to diversify. You play to your strong suits, but you also have a few tricks up your sleeve. Your healer can’t make it to today’s gameplay session? No problem, you’ve got this. Who’s the hero? You are.

You’ll shine when you show your colleagues you’re more than a one-trick pony. If writing isn’t your regular thing, but you’re able to swoop in with a graceful bit of proofreading when no one else is available, you’ll earn a reputation for being multi-talented.

5 Know that everyone is important

Okay, so healing and support may not be the flashiest roles in Overwatch, or in any other game for that matter, but they’re essential. You know this to be true every time Mercy snatches you from the claws of death. “Heroes never die!”

The same is true in a work environment. Some roles are more glamorous than others, but every role is important. When you’re working together with your teammates, make sure you never undervalue what each contributes. That guy in payroll doing data entry may not seem to have much going on, but you have him to thank when your paycheck is deposited and your W-2 shows up on time.

When you think about it, you can gamify just about anything in life, including work. We all know what comes of being “all work and no play,” but when work becomes play, life just gets better. So, the next time someone tells you that you’re wasting time playing video games, just point out the many ways gaming has made you into a hero not just in the digital world but also in the real one.