8 Phrases That Can Make Your Business Writing Seem Outdated

The workplace is constantly evolving, with new generations coming in as the older ones retire. For the many professionals caught in between these two age groups, it’s important to adapt to new work styles. The millennial generation has complicated this even further. There have been reports that some millennials aren’t as quick to adapt to new work environments, but rather sometimes expect businesses to change to meet their needs. Some say that inspiring younger generations is the key to getting them motivated.

Millennials also bring a new energy to the business world. As professionals adjust, they’re quickly learning that it’s important to avoid standing out by using outdated verbiage in their emails and other written communications. Whether you’re trying to win over a client or communicating with a team member, here are a few terms to avoid if you want to seem current.

As Per Your Request

“As per your request” sounds formal and grammatically incorrect, even though it was used in business for many years. Its time has come and gone. Instead, switch it with “As you requested,” which says the same thing in a much more approachable and simple way.

At one time, you wouldn’t think about ending a business letter without a valediction such as “yours truly,” “sincerely,” or “regards.” To this day, some traditionalists still end business communication this way, even when that communication takes place through email. Those people may not have noticed that most people don’t use a valediction at all. Among those who do, sign-offs such as “best regards” are preferable to the very outdated “yours truly.” Although “cheers” has become popular in recent years, some professionals feel that it may be too pretentious unless you’re British.

If you’re sending a packet to someone by postal mail and you’ve enclosed something, the words “enclosed please find” are appropriate. If you’re forwarding something as an attachment in an email, the word you’re looking for is “attached.” Instead of formally saying “attached please find,” go for the warmer and friendlier “I’ve attached.”

This may be picky, but millennials generally aren’t as attached to voice calls as their older coworkers. Text messages passed phone calls as the preferred method of communication around 2007, which means that your younger team members are more likely to chat with you over Slack or some other platform than to use their smartphone to make an actual call. Instead, simply say “contact me” and let the other person decide which mode of communication they prefer.

Vinyl may be back in style, but many of the millennials in today’s workplace grew up on CDs and DVDs. If you tell them that something “sounds like a broken record,” they may be more likely to conjure up images of champion athletic record breakers than the type of record that skipped. To communicate that someone is repeating themselves ad nauseam, just say so and skip the cliché.

This term was popularized in the 90s. It may seem to you as though the 90s were just a few years ago, but for twenty-somethings, the experience of hearing “my bad” is the equivalent of how you felt when you heard your parents say “groovy.”

As for me, I remember when “my bad” didn’t exist yet, and I really didn’t like how popular it became. Do yourself a favor. Simply say, “I’m sorry.” Not only will you avoid using an outdated phrase, it will also come across as more sincere, and perhaps even more intelligent.

There are several terms for the Internet that have dropped out of favor as tech has grown more sophisticated. Referring to the web as the interwebs or the worldwide web will date you. When giving an web address, you should also leave off the “www,” since that has dwindled away as well. If you recite “http” as part of a URL, you’ll go beyond appearing dated and instead sound like you have no idea what you’re talking about.

For many years, the workweek has extended well beyond nine-to-five, with many workers showing up each day at eight a.m. For millennials, this phrase also creates anxiety, since many workers now prefer flexible work hours. Instead, refer to full-time workers as “salaried employees” if you need a label for them.

Written communication is essential for interacting with colleagues, especially now that so many workers tend to avoid speaking on the phone. By rethinking some of the words you use and replacing them with more productive alternatives, you’ll be better able to connect with your younger coworkers and clients. 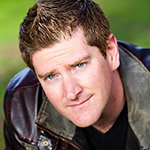 A journalist and digital consultant, John Boitnott has worked at TV, print, radio, and Internet companies for 20 years. He’s an advisor at StartupGrind and has written for BusinessInsider, Fortune, NBC, Fast Company, Inc., Entrepreneur, and Venturebeat. You can find him on Twitter here.