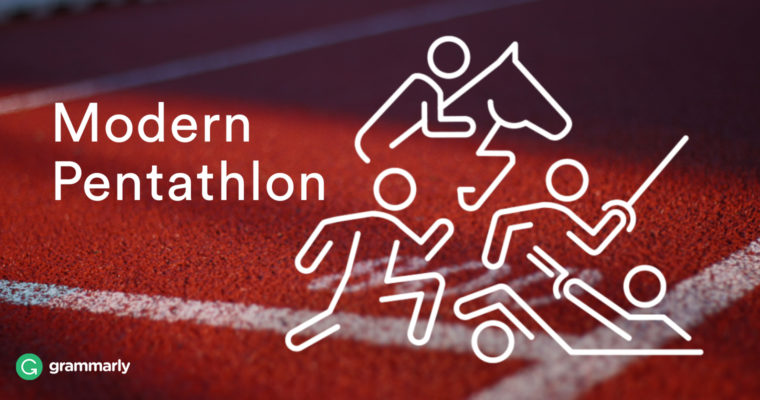 Would you be surprised to see a ping-pong player standing on the Olympic podium? Believe it or not, ping-pong is an Olympic sport. What other new or unusual Olympic sports exist? Let’s investigate and support all our Olympians!

Dressage Many of the Olympic sports you know today are recent inventions, but dressage goes back to the early days of ancient Greece. Greek warriors needed obedient horses who could change directions quickly, perform delicate maneuvers, and burst into a gallop at a moment’s notice. The more agile the animal, the more likely the horse and rider would survive. Today, competitors move their steeds to music, turning them gracefully in circles or sideways, moving their legs at different paces and with elegant steps. Some call it “ballet on horseback.”

Steeplechase A steeple is an ornamental tower on the roof of a church or public building. Why would anyone chase it? The Olympic steeplechase combines several sports such as hurdle and long jump, distance running, and even a 12-foot-long water pit. AboutSports.com calls the event “the duck-billed platypus of the track and field world.” Trampoline Trampolines provide hours of amusement for kids (and pets) in their backyards, but they are also the foundation of a serious sport. A recent addition to the 2000 Games, trampolining gymnasts perform ten elements that include simple and double jumps, pirouettes, twists, and somersaults. The difficulty, execution, and flight time of their moves determine their score.

Canoe Slalom In this event, athletes pass through a man-made whitewater course in a canoe or kayak. The contestant who navigates the rapids and avoids obstacles to arrive at the finish line in the shortest time wins!

Modern Pentathlon The modern pentathlon is a combination of running, fencing, swimming, horseback riding, and pistol shooting. Watching this sport is like watching an action movie unfold right before your eyes. After athletes used laser pistols instead of air guns in Singapore, the 2012 London Olympics followed suit, making the sport safer for audiences and participants.

Curling In the Winter Olympics, teams of four participate in “the roaring game.” Participants try to guide the speed and trajectory of a huge granite stone in a large rink of lumpy ice with a broom. As the rock slides across the ice, it makes a distinct grating sound, hence the name.

Skeleton No, there’s no autumn Olympics, and this event has nothing to do with bones. Skeleton players compete to slide fastest on a sled. Brave athletes recline face-down and allow gravity to pull them down an ice track at dizzying speeds. Though modern sleds don’t look like the first ones used in 1892, they kept their name—skeletons.

Many people aren’t aware of all the Olympic sports that make up the summer and winter games. You don’t have to be a runner or a swimmer to participate! Don’t forget to cheer on the Olympians who train for unique events!