When something is making you feel very nervous, you can say it’s nerve-wracking, even though nerve-racking might be the more appropriate choice. The verbs wrack and rack have different meanings, but they both carry ideas of destruction that seem to fit the meaning of the phrase. Plus, wrack and rack have been used interchangeably in other phrases as well. Major dictionaries like the OED and Merriam-Webster usually list the spelling with the “w” as a variant of the spelling without it.

We have two phrases—nerve-wracking and nerve-racking. Both phrases are used as adjectives when we want to describe something that makes us feel anxious, nervous, or tense. They have the “nerve” part in common, but “wracking” and “racking” are not the same word. Or are they? 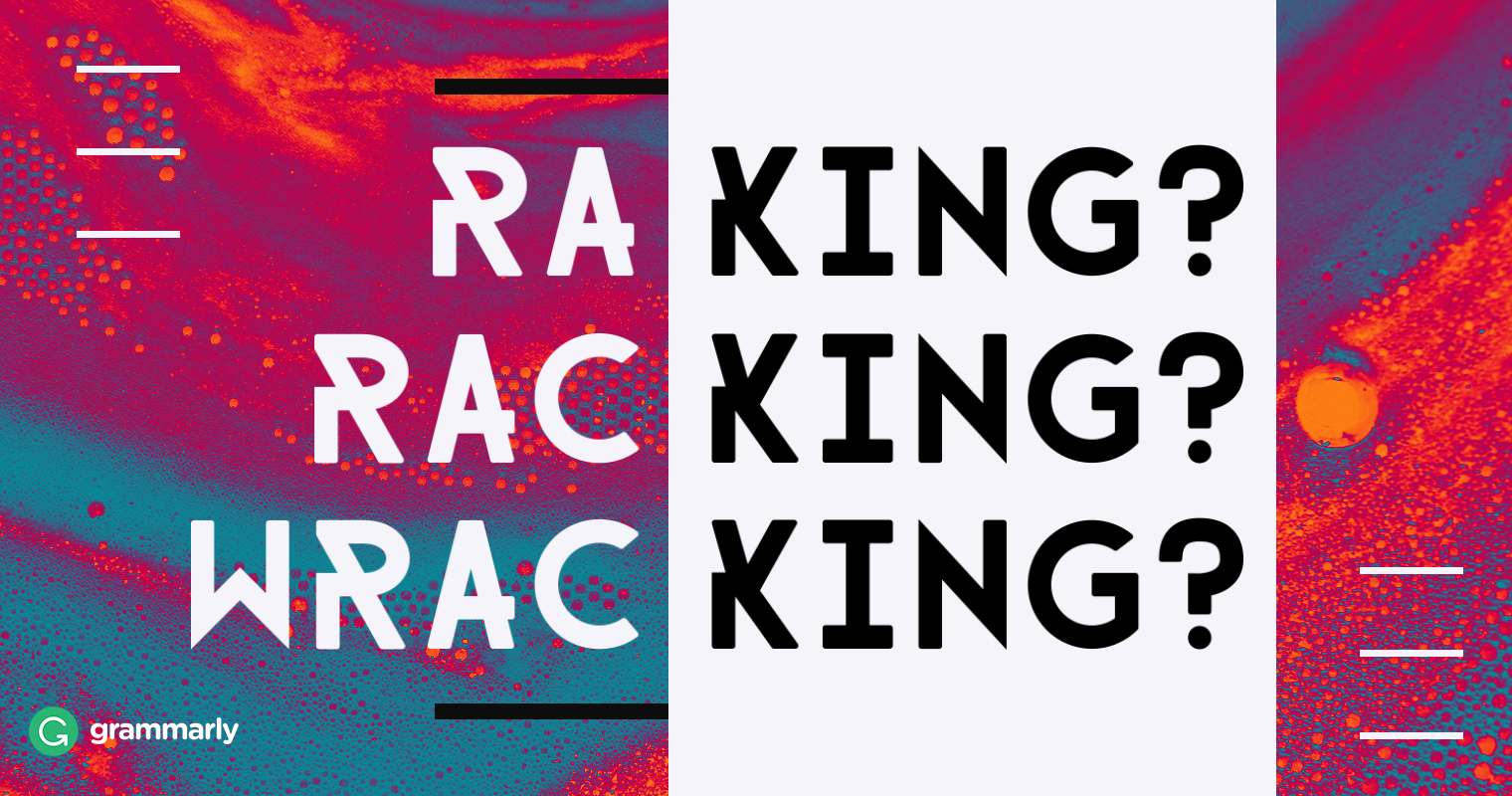 Wracking comes from the verb “wrack,” which means to ruin, destroy, or cause damage to something—it’s a close synonym of the word wreck. It’s mostly archaic now, so you’re not likely to come across it in modern writing.

Racking, on the other hand, comes from the verb “rack,” which has multiple meanings. It can mean, for instance, to gather or accumulate something:

He racked up a lot of money from tips working as a concierge.

It can also mean to put something on a rack in order to display it:

We racked the dresses in preparation for the grand opening.

But finally, it can also mean to torture, or to cause pain in general. “The rack” was the name of a torture device in medieval Britain, and so to rack something meant to put it on the rack for torture:

I felt like I was being racked during the examination.

As you can see, both wrack and rack convey ideas of unpleasantness and destruction. They are also pronounced the same, which only adds to the confusion in phrases like the one we’re looking at here—nerve-wracking. This confusion became so widespread that the dictionaries caught onto it and started including nerve-wracking as a variant spelling for nerve-racking.

If you want to avoid writing the phrase nerve-wracking, with or without the “w,” you can use one of its synonyms. You can say, for example, that something is trying or difficult. But you can also use words like distressing or daunting. Stressful might also be a good synonym; even annoying might work. But nerve-racking implies a real intensity of feeling, so the synonyms you really want might be harrowing or gut-wrenching.

There’s one other common phrase that causes the same level of confusion: racking (one’s) brain. The correct and original spelling is racking my brain. But the variant wracking my brain has become so well established by now that only strict traditionalists consider it a mistake. So, if you want to be perfectly correct, use nerve-racking and racking my brain.