How to Give Difficult Feedback in Writing 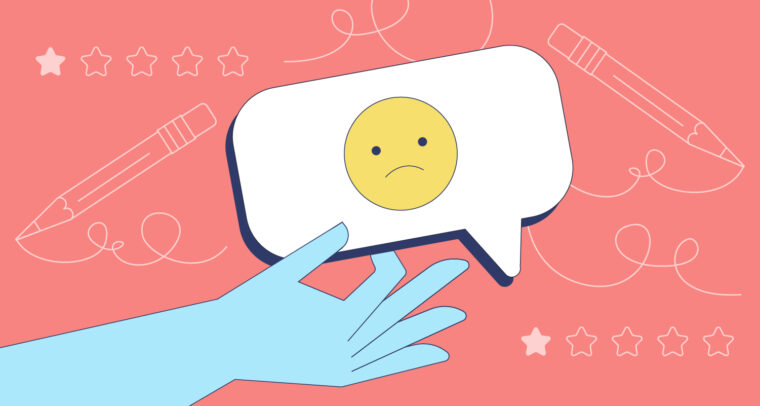 Delivering negative feedback is best done in person. But as more companies extend work-from-home policies, managers and workplace peers must leverage other approaches to communicate difficult feedback—including in writing.

According to a 2019 white paper by Zenger Folkman, a leadership development agency, 94 percent of respondents said that receiving negative feedback helped their work performance when it was well-presented. However, delivering critical feedback in writing in a way that doesn’t trigger an emotional response requires a deliberate and delicate approach.

1 Aim for an empathetic tone

Remember, the recipient of your feedback can’t hear the tonal nuances in your voice as they would during an in-person conversation. The words you use and the way it’s structured all work together to convey your tone in writing.

When delivering negative feedback, it’s important that your message is empathetic. Tough conversations that come from a place of care and support have a better chance at gaining cooperation toward a common goal.

Grammarly’s tone detector can help by identifying the dominant tones in your writing so you know your feedback comes off as intended.

When bringing up a concern, avoid cluttering your message with ten half-remembered anecdotes of how your peer or direct report performed poorly. Narrow your feedback to one or two examples that led to this correspondence. When sharing examples, keep the description clear, concise, and factual. For example, if someone is chronically late on their deadlines, don’t write:

“Your assignments are always super late. It makes me look bad as your manager!”

There’s no concrete example that’s presented and the focus is put on how you perceive their actions reflect on you. Instead, be descriptive with your examples and stick to how their behavior is affecting the team or company:

“The last two reports you’ve submitted have been a day late. Since each report needs to be fact-checked, it sets the team’s timeline back multiple days and we can’t deliver what we promised to the client.”

Avoid the outdated “compliment sandwich,” which is just as it sounds—buffering the impact of difficult feedback by wedging it between two compliments. It’s ineffective and comes off as insincere and manipulative.

If you successfully model empathy in your feedback and provide specific examples, a helpful next step is to offer a suggestion on how to move forward. Lending guidance shows that the feedback isn’t about calling attention to their failure, it’s about your investment in their professional success and growth.

The more they share in their response, the more you’ll understand their perspective. By having a two-way conversation about difficult feedback, you’ll become a better leader or peer, and they’ll have a better chance at professional success.