Need a Pick-Me-Up? 5 Best Short Stories of All Time 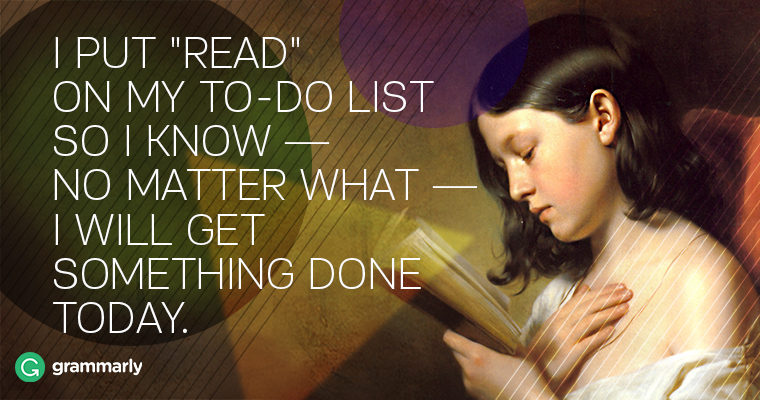 Short stories often go underappreciated, but they represent an art form few authors truly master. For readers, the short story is the perfect literary snack, a choice morsel that fills a spare hour, refreshes the brain, and gives a moment of escape from daily routines. When you need something to nibble and lack the time for a novel, feast your eyes on these tiny tomes with outsized impact.

For Esme—with Love and Squalor

No list of short stories would be complete without the work of J.D. Salinger, and “For Esme” is one of his finest. First published in 1950 in The New Yorker and anthologized two years later, the story takes place in England during World War II and involves a soldier who meets an adolescent girl during a church visit in Devon. A year later, the soldier suffers a nervous breakdown in the weeks following V-E Day, but a letter from Esme, the young lady, inspires his recovery. This beautifully written story sings with a message of redemption.

When life hands you lemons, why not wallow in a deeply satirical critique of authoritarian dystopia? This story, published in Kurt Vonnegut’s Welcome to the Monkey House collection, is set in the year 2081 and features a society in which everyone is “handicapped” by the government to ensure equality among all. The beautiful must wear masks; the intelligent, a headset that blasts shrill sounds to interrupt their thinking. Harrison, the protagonist, rebels against the Handicapper General and attempts to overthrow the tyrannical government. The dark humor and tight journalistic style make this an easy, if somewhat disturbing, read.

Tolstoy is the recognized master of epic novels, but few appreciate his skill with the short story. This story was first published in 1885 and is written in parable form. A king seeks answers to the three questions he considers most important in life and after receiving inadequate responses from the educated men in his kingdom, he looks to a wise hermit in a neighboring village. In an ironic twist, the king learns the answers to his questions as he helps the hermit care for a severely wounded man who shows up at the hermit’s hut. This story is classic for its timeless answers and masterful way they are revealed.

A Man from the South

This Roald Dahl masterpiece was published in 1948 in the magazine Collier’s and was adapted for film in a 1960 episode of “Alfred Hitchcock Presents” starring Steve McQueen. In the story, Carlos, an old man, offers a young American his gorgeous green Cadillac if he can light his lighter 10 times in a row. The catch, however, is that if he cannot, the old man will chop off the Gambler’s finger. The story involves a mysterious woman, a zinger of a plot twist, and an unexpected ending, just the thing to perk up a tired brain.

A Good Man Is Hard to Find

In this 1953 story, Flannery O’Connor tells the tale of a manipulative grandmother and her son, his wife, and his children, who encounter a dangerous escaped criminal after their car overturns on a journey from Georgia to Florida. It is a stunning and disturbing story that deals with universal themes of cowardice, selfishness, redemption, and grace—and coming to terms with a person’s true self. The controversial final scene is the subject of endless scholarly debate and will be indelibly stamped in your brain once you’ve read it.

Next time you need a quick refresher for a tired brain, pick up an anthology of short stories and curl up on the couch for an empowering hour of literary diversion. What’s your favorite short story and why?