Motif in Literature: Definition and Examples 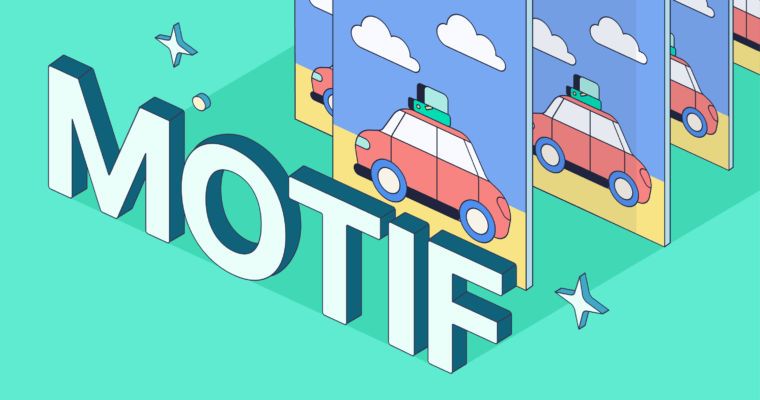 In Kurt Vonnegut’s novel Slaughterhouse Five, there is a phrase that marks every death in the book: “So it goes.” The phrase is unavoidable, much like death itself, and it draws the reader’s attention to the book’s larger theme of inevitability.

The phrase “so it goes” is an example of a motif: a recurring story element with symbolic significance. Motifs direct readers’ attention to larger themes and engage them on an intuitive level. They are great tools for creating depth in your writing.

What is a motif in literature?

A motif (pronounced mow-teef) can be an object, image, sound, idea, or word. A couple of key qualities can help you determine if what you’re reading is a motif:

Motifs point to a larger theme or concept. Oftentimes, a motif will recur in similar situations throughout the story. For instance, in the Vonnegut example above, the words “so it goes” always occur after a death is mentioned. Noticing what situations the motif appears in gives the reader insight into the larger message the author is alluding to.

What is the purpose of a motif?

The main purpose of a motif is to draw attention to a theme. Attentive readers gain access to a theme or underlying message by paying close attention to the story’s motifs. In this way, motifs can engage readers on an intuitive level.

Writers may also use motifs for these reasons:

To enhance a mood. In Lemony Snicket’s A Series of Unfortunate Events, the author hides the acronym “VFD” throughout the series to indicate the Baudelaire children are in danger. This creates an aura of suspense every time the reader notices the three letters in succession (e.g.: Volunteer Feline Detectives, Voluntary Fish Domestication).

To create symbolism. Typically, oranges are not associated with death or destruction, but in The Godfather, director Francis Ford Coppola creates a new symbol by repeatedly featuring oranges around scenes of death. For what it’s worth, the production designer has denied that the orange symbolism was intentional. Regardless of the filmmaker’s intentions, viewers have decided that oranges are one of the movie’s motifs.

A theme is a story’s overall message or meaning. It’s what guides the narrative, causes characters to act a certain way, and gives the text a deeper meaning. Themes are typically broad and conceptual. Examples of themes in literature include mortality, good versus evil, corruption, redemption, and love.

Motifs, on the other hand, are elements that point toward that theme. For example, if a book’s underlying theme is about mortality, then an author might attach the motif of decay to their language (as William Shakespeare does in Hamlet). Every time the reader encounters worms, maggots, or skulls, they’re directed to reflect on the broader themes of death and mortality.

In short, a theme is an abstract concept that underlies the entire story. A motif is a recurring element throughout the story that points toward that theme.

Motifs use symbolism to refer to themes, but motifs and symbols are not the same. The easiest way to remember the difference is this: Motifs must recur throughout the story; symbols can appear just once.

A story can contain many symbols that aren’t motifs. For instance, a scale is often a symbol of justice, a flag may symbolize freedom, and a crown is a symbol of power. Each of these objects might appear to symbolize something in a story, but if the author mentions it only once, then it’s not a motif.

To Kill a Mockingbird by Harper Lee

Harper Lee’s famous novel, To Kill a Mockingbird, is a classic tale about the loss of innocence. In it, the novel’s young protagonist, Scout, encounters injustice and racial prejudice, which exposes her to the cruelty of the world. The motif of the mockingbird appears during specific moments to symbolize innocence and goodness. As a motif, the mockingbird reminds the reader of the book’s main theme.

In Jane Eyre, the motif of fire appears in language, objects, and imagery throughout the novel. Its presence in the hearth emits comfort, though it also plays a destructive role in the story. Also, passionate characters are described using terms such as “hot” and “like fire.” The appearance of fire around situations that deal with strong emotions points toward a major theme of the book: love versus autonomy.

Jazz is laced throughout James Baldwin’s short story Sonny’s Blues. It creates setting and mood, and it even drives some of the plot. Jazz signals the tension between the brothers in the story, as well as their fraught relationship to a racist society. The frequent appearance of jazz in pivotal moments signals to the reader that it is a motif.

What is a motif in literature?

A motif is an object, image, sound, or phrase that is repeated throughout a story to point toward the story’s larger theme.

What is the purpose of a motif?

The purpose of a motif is to draw readers’ attention to a theme. It can also be used to generate a mood, create symbolism, and engage with readers on an intuitive level.

How does a motif work?

Motifs work by appearing consistently during key moments throughout the story so that readers begin to associate the signal of a motif with an underlying theme or message.