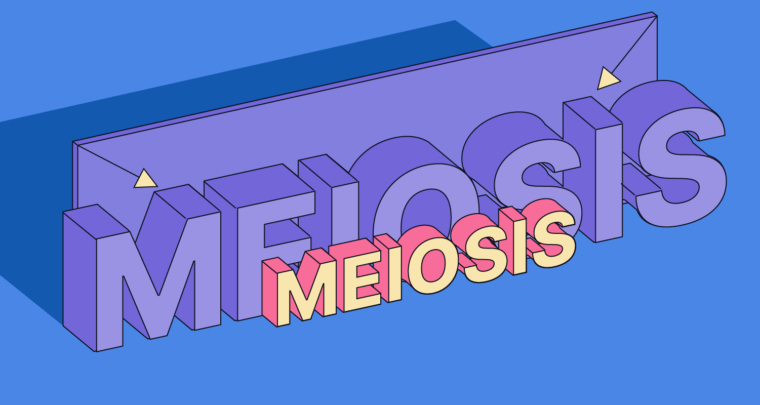 Language does more than state facts. It communicates our feelings and perspectives. That’s where figurative language comes into play. When a literal description won’t suffice, a metaphor, vivid image, or strategic understatement might be exactly what you need.

That strategic understatement has a name: meiosis.

What is meiosis in rhetoric?

In rhetoric, meiosis (pronounced my-oh-sis) is a deliberate, euphemistic understatement. There are three reasons speakers and writers employ meiosis:

When is meiosis used?

Writers and speakers use meiosis with a variety of intentions. As we mentioned above, one of those is to undermine or belittle. You might have heard meiosis used this way in political speeches, rants, or heated conversations online and offline. Here are a few examples of meiosis used to undermine an opponent or their position:

In other cases, the purpose of meiosis is to create distance between the speaker and their subject. This is where you see meiosis used as a euphemism. By underplaying a topic, the speaker both softens its blow and avoids having to mention something uncomfortable or unsavory. Here are a few examples of meiosis used this way:

Use meiosis when your goal is to make your reader laugh, smirk, or think carefully about why a character or narrator might opt for this word choice. When you’re doing any kind of creative writing, like writing a poem, short story, personal essay, or play, meiosis is a valuable part of your figurative language tool kit, right beside metaphor and simile.

You might also use it in a persuasive or argumentative essay, but tread carefully with this. Using meiosis to undermine an opponent’s position or discredit someone can come across as an ad hominem attack and make you look petty. In any piece of writing where you’re defending a position or pointing out the logical holes in another position, do so with facts, not personal attacks.

In a similar vein, don’t use meiosis in a lab report or research paper. Meiosis is a literary device, and the only time you should include literary devices in academic writing is when you’re discussing the devices themselves and the works they appear in.

What’s the difference between meiosis, litotes, and understatement?

Meiosis is often compared to litotes, a figure of speech that communicates a positive by negating a negative. If that sentence was a bit confusing, it might be easier to understand litotes by reading a few examples of it:

See how each of these examples can be restructured and communicate the same points?

Using litotes causes your reader or listener to pause and process your words more carefully. It can be a way to communicate nuance or subvert expectations.

Understatement isn’t necessarily different from meiosis; meiosis is a type of understatement. While any understatement can be used for comedic or amplifying effect, meiosis specifically works as a euphemism. You might say “the concert was a bit loud” to express that it was quite loud, or you might say “my cat is fond of treats” to communicate that your cat is a voracious treat eater. Both examples name the subject directly, so they’re examples of understatement, not meiosis.

Here are a few examples of meiosis in literature:

In “The Black Cat” by Edgar Allen Poe, the narrator refers to the story as a “homely narrative.” This is to express a lack of belief in the supernatural events occurring, placing them within the realm of the mundane rather than acknowledging their otherworldliness.

“Will you walk into my parlour?” said a spider to a fly;

“‘Tis the prettiest little parlour that ever you did spy. The way into my parlour is up a winding stair, And I have many pretty things to shew when you are there.” —“The Spider and the Fly” by Mary Howitt

And here are a few common terms and phrases that use meiosis:

What is meiosis in rhetoric?

Meiosis is a literary device that uses euphemistic understatement to downplay or undermine a person, event, object, or movement.

When should you use meiosis?

Use meiosis to make a humorous or profound statement through a deliberate understatement. For example, you might refer to an interview as a “chat.”

Other times to use meiosis include scenarios where you want to avoid naming a topic and causing discomfort by doing so, and when you want to communicate your opinion that something is generally overblown. For example, you might refer to a conflict with your sibling as a “disagreement” to express that you don’t see it as a reason to get upset or dislike your sibling.

What are some common examples of meiosis?

What, art thou hurt? Mercutio: Ay, ay, a scratch, a scratch. Marry, ‘tis enough. Where is my page?—Go, villain, fetch a surgeon. —Romeo and Juliet by William Shakespeare

Referring to a psychiatrist as a “shrink” or a mechanic as a “grease monkey.”

From a US perspective, referring to the UK as being “across the pond.”