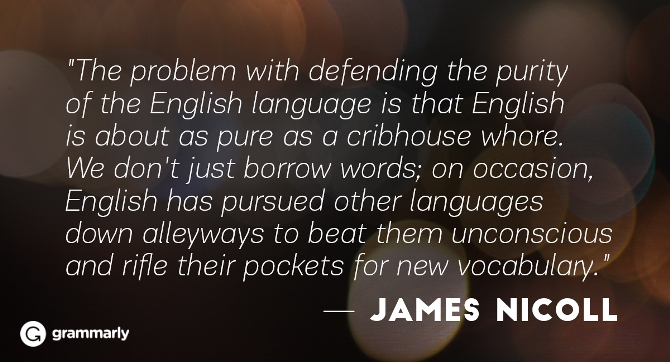 What is it that makes a word tricky? Is it the fact that it’s funny and hard to pronounce, like discombobulate? Or is it the fact that it has many meanings, like the verb to set? Irregular verbs are, by their nature, tricky little words and they have to be learned by heart. Compound words can be tricky as well. For an English language learner, a person who’s yet to discover all the rules and rhythms of the language, some of the trickiest words to learn are tricky simply because they are confusing.

To lie is as tricky as verbs can get. It’s an intransitive verb, so it cannot have a direct object, and it means “to recline.” Lie is tricky because its past tense, lay, looks the same as the transitive verb to lay. To lay has a similar meaning (“to put down”), but because it is a transitive verb, it requires an object. So, you can say:

Last night, I lay (past tense of to lie) in bed knowing the morning would come all too soon.
And you can say:
She lays (present tense of to lay) a dress on her bed.
But you can’t say:
As I lay here in bed, I think about how tomorrow will be a very long day.

Beside and besides are two commonly confused prepositions. Beside is used to determine a spatial relationship between two objects:

Here’s a tricky pair of words for you. Discrete and discreet are homonyms, words that are pronounced the same but have different meanings. Discrete means separate or distinct:

The space was divided into discrete areas for working, eating, exercising, and sleeping.
Discreet has a sneakier meaning, having to do with privacy and not attracting too much attention:
John gave Pete a discreet nudge under the table.

There, They’re, and Their

It wouldn’t be fair to speak about homonyms and not mention the most famous trio among the commonly confused and misspelled homonyms in the English language—there, they’re, and their. There is an adverb, they’re is a contraction of they are, and their is a pronoun. When used correctly, they look like this:

They’re going to their house—the one over there.

“For Whom the Bell Tolls” is probably the most recognizable usage of the pronoun whom. Given that it’s the title of a famous novel, and that it’s been used as a title for a well-known song, one would think that it would suffice to remind us when to use who and when to use whom. But it gets tricky for English language learners. Even those who speak English as their first language sometimes don’t get it right. Who is a subject pronoun, and it is used in a sentence like this:

He who enters this website shall find all the secrets of English grammar.
Whom is an object pronoun, and it is used in a sentence like this:
The person to whom the correct usage of commas comes easily shall find happiness in life.

Everyone is not a particularly tricky pronoun to use. When you want to say something about a whole group of people, you use it like this:

Everyone remembers where they were when humans first landed on the moon.
The tricky part comes when everyone is separated into every one because then it changes its meaning from “the whole group” to “every discrete member of the group.” It can seem a subtle difference, and that’s what makes it tricky. Here’s how every one looks in a sentence:
Gifts were given to each and every one of the linguists who attended the convention.

We were not affected by the recent changes.
Effect, on the other hand, means something that comes about as a consequence of something, so:
The misuse of the word “literally” has a disconcerting effect on her.
When used as a noun, affect refers to the outward appearance of someone experiencing an emotion:
His cheerful affect didn’t fool anyone. We all knew that deep down he was crushed.
When used as a verb, effect often appears with the word change and means “to cause”:
Activists work to effect change in their communities.

You will definitely find this article useful and recommend it to your friends.
Definitively also means “clearly,” but it has an air of conclusiveness:
Next week, the school will decide definitively whether we have to attend summer classes or not.

Noticed something strange? We hope you did, because your’s, simply put, does not exist. You might see it from time to time, but it’s nothing more than someone’s spelling mistake. But yours does exist, and it’s a possessive pronoun we use when we want to replace your and a noun. So we can say:

We’re finishing with yet another pair of commonly confused homonyms: than and then. Than is a conjunction we use when we want to compare two or more things:

Days are warmer than nights.
Then is an adverb. Depending on its use, it means “at the time” or “afterward”:
We were working at the mines then. But we learned how to sail, and then we left the mines and Snow White for good.
Your writing, at its best.
Works on all your favorite websites