How To Be a Master Storyteller — Tips From 5 Experts 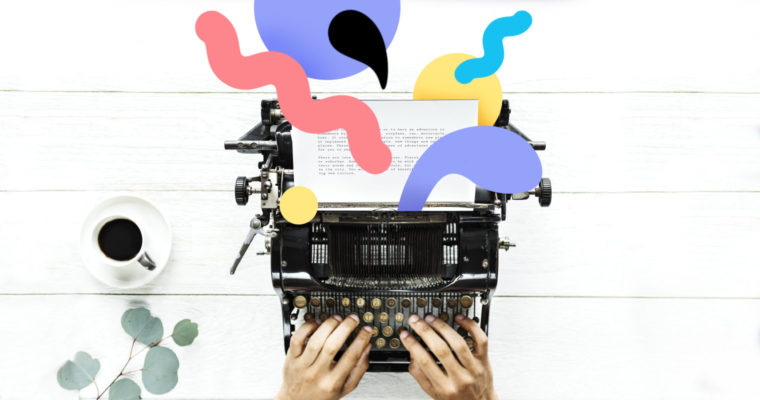 What makes a story great? And what are the steps that will get you to that final product?

Whether you’re writing a novel, screenplay, personal essay, or another creative project, you want to deliver your best work possible—but honing your creative process can take a lot of trial and error.

Fortunately, we can look to the experiences of others to help light our way. For your inspiration and edification, here are words of wisdom from five master storytellers on how they navigate the creative process.

Author George R.R. Martin, mastermind behind A Song of Ice and Fire, is known for creating (and killing off) some of the most beloved and hated characters in pop culture.

His advice for writing strong characters is to “write what you know,” an adage we’re told in creative writing classes but that we typically get wrong.

[This phrase is] often misinterpreted to mean you should write a thinly veiled autobiography . . . But I think you have to interpret ‘Write what you know’ much more broadly than that. We’re talking about emotional truth here.

If you’re going to write about a character witnessing a loved one die, you have to dig into yourself, and say, ‘Did you ever remember losing a loved one?’ Even if it’s only a dog that you loved as a child. . . Tap that vein of emotional energy. . .

The only person we ever really know inside and out is ourselves, and we have to reach into ourselves to find the power that makes great fiction real.

Which one is your favorite?

2 Kendrick Lamar: Have Editors You Can Trust

Pulitzer prize winner, Kendrick Lamar, is arguably the greatest rapper alive—and as a skilled writer, he attests to the power of receiving feedback from trusted critics so you can improve your craft.

Everything you write is not dope. Even if you’re a great writer, a bunch of the stuff you write is wack. But most people don’t have somebody around to be like, ‘That’s wack.’

I grew thick skin and got back in there and did it all over again. And then you eventually grow an ability to know when something is too far.

3 Hannah Gadsby: Share Your Perspective (Even if It’s “Different”)

Australian comedian Hannah Gadsby has recently made significant waves in the comedy world with her powerfully subversive and emotionally moving standup special, Nanette.

Gadsby deconstructs the standard joke formula, showing how she crystallized traumatic life experiences into self-deprecating punchlines that avoided the truth and kept her from moving on. She now advocates for the power, healing, and intimacy that can come from sharing your full story and not filtering your perspective.

What I would have done to have heard a story like mine. Not for blame. Not for reputation, not for money, not for power. But to feel less alone. To feel connected. I want my story heard. Because, ironically, I believe Picasso was right.

I believe we could paint a better world if we learned how to see it from all perspectives, as many perspectives as we possibly could. Because diversity is strength. Difference is a teacher. Fear difference, you learn nothing.

I’ve been a professional comic for 30 years. I’ve been studying comedy for even longer. I thought I had seen everything…until I watched Nanette on @netflix by @Hannahgadsby. I was blown away. I urge you to watch it ASAP – one hour and it’ll change your life.

4 Lisa Joy: Understand the Value of Theme in Your Work

Joy, the co-creator and executive producer of HBO’s smash hit Westworld, shares how theme is an integral component of both your finished project and the writing process.

For me, theme is the soul of a script. It’s the sense or feeling stitched in fine thread throughout the pages. It’s the part of a script that a reader can take away and relate to or apply to their own lives long after they’ve forgotten the snippets of dialogue or plot points of the script itself.

I don’t necessarily start with theme, but by the time I’m done — I always have one. And often, writing a script shows me what my theme is and allows me to deepen my own thinking on that theme. Sometimes I go back, once I understand the theme more fully and use it in the rewrite to enrich the scenes.

the future of storytelling is @lisajoynolan.

she makes her directorial debut tonight on @WestworldHBO

working with her was one of the great privileges of my life as a human being and as an actor. #westworld pic.twitter.com/Ru2o4XsCwB

5 Issa Rae: Craft a Schedule that Supports Your Creativity

When you’re trying to bring your projects to life, it’s tempting to jump on any opportunity. Issa Rae (writer, executive producer, and star of HBO’s Insecure) used to say “yes” to every meeting that came her way, but soon discovered this was detrimental to her creativity.

If I have anything scheduled during the day, I will come up with an excuse, like ‘Oh, I can’t be creative because I have a meeting at two.’ And then I’m going to think about the meeting all day.

Rae realized that if she wanted to support her creative process, she needed to take control of her schedule. Her solution was to limit her meetings to only two days a week and to ensure she has time off.

What concepts or practices are important for your creative process?