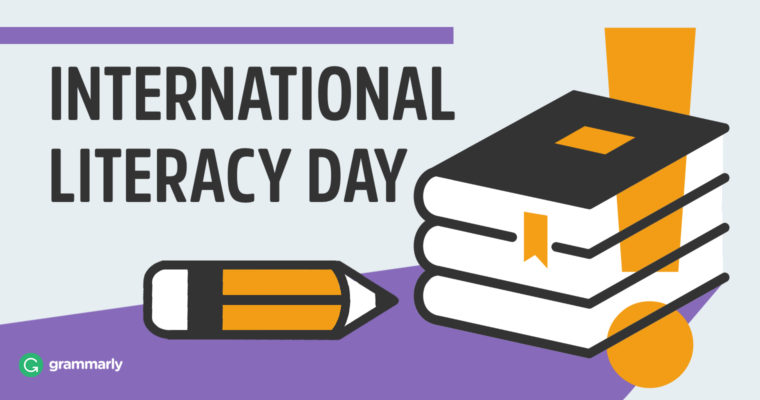 Today marks the fifty-first anniversary of International Literacy Day, a holiday that recognizes literacy as “a foundation to build a more sustainable future for all.” Started in 1966 by UNESCO as a day to recognize literacy programs worldwide, this day continues to remind world leaders that universal literacy has not been accomplished. Far from it, in fact: in 2013, the adult (25 or older) literacy rate was 85 percent worldwide, and the population of illiterate adults was 757 million. But why does this number seem so high?

Before we look at the current data, let’s take a look at how literacy has been defined in the past and what it looks like today. According to Merriam-Webster, literacy carries two definitions: “the ability to read and write” and “knowledge that relates to a specified subject.” The second definition is generally used in specific technical or academic settings. The first, however, maps back to the traditional requirements for literacy, the “three Rs” of reading, writing, and arithmetic. Back in the sixteenth and seventeenth centuries, education in these areas was reserved for members of the upper classes. It wasn’t until the early 1900s that discussion of universal literacy began.

When UNESCO held its first summit on literacy in 1966, the “three R” approach was held as the standard. They also focused on “eradicating” illiteracy in certain regions, which led to some forced non-native language learning in populations where written language for a certain dialect wasn’t accepted by national governments.

However, in 1970, a change began to take hold of the literacy community. Instead of viewing illiteracy as an evil that needed to be conquered, educational leaders focused on “functional literacy,” which emphasizes the ways literacy leads to economic growth for individuals and entire communities.

Today, UNESCO and others focus on literacy as a way to empower people and allow them to attain better employment, wages, and other economic benefits. Reading isn’t just for fun, it’s a vital measure of a person’s or community’s ability to tap into the global economy.

Literacy Is a Life-or-Death Issue

Since literacy is now seen in the context of economic and social prosperity, let’s contextualize some literacy statistics. As mentioned before, around 15 percent of the worldwide population is considered illiterate by UNESCO standards, and this percentage represents 757 million individuals. According to an international literacy test administered from 2012 to 2014, the worldwide average of adults who scored at or below the lowest reading level is 16 percent of those surveyed. In the US, this number is 18 percent, a full two percentage points over the international average.

But what does this mean to the lives of those in the 16 percent?

According to a recent analysis, life expectancy and literacy have a positive relationship, meaning that populations with high literacy rates also tend to live longer. The relationship between reading and lifespan is supported by other studies, but it also makes logical sense because literacy is tied to economic development, which has been shown to increase life expectancy as well. Perhaps it’s time for us to consider literacy as important a human right as clean water, healthcare access, and nutrition. It clearly has serious effects.

Literacy in the Digital Age

Today’s digital landscape means that literacy is more important than ever to upward economic mobility. In a world where 87 percent of people in the US and 45 percent of people worldwide report owning a smartphone, it’s important to give every person the ability to fully connect to and benefit from the Internet. To learn more about the state of literacy education and research today, check out UNESCO.org to learn more about International Literacy Day.