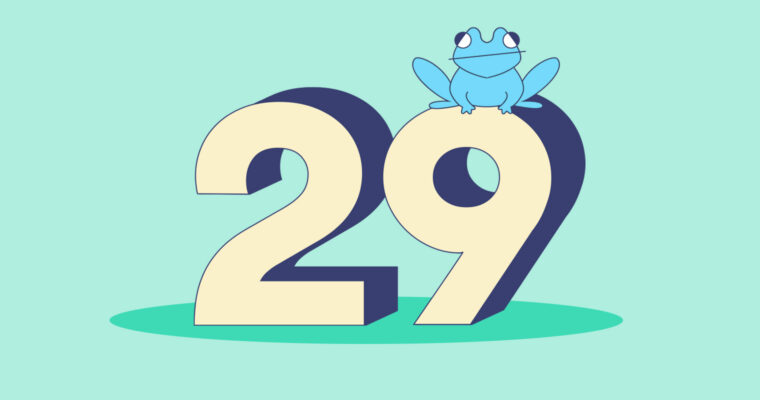 Almost every four years, the month of February gains an extra day. Since it takes the earth roughly 365 days (and some spare hours) to orbit the sun, leap days are a way to compensate for that extra time.

Here’s a tip: Want to make sure your writing shines? Grammarly can check your spelling and save you from grammar and punctuation mistakes. It even proofreads your text, so your work is extra polished wherever you write.
Give your writing extra polish
Grammarly helps you communicate confidently
Even if you’re not a leap day baby or a February 29 bride, you should know how to talk about the differences between a leap day and a leap year so you can make the most of this calendrical perk. (After all, the idea dates all the way back to ancient Rome, with Julius Caesar himself introducing the concept over 2,000 years ago.)

First, let’s learn about why we even have leap years.

Why do we have leap years?

Understanding why leap years occur might help you sound a bit more in-the-know when it comes time to talk about this strange extra day in February. We’ll try not to get too technical.

Basically, leap years are a way to make sure our modern-day Gregorian calendar remains in sync with the changing seasons.

For Earth to circle around the sun, it takes approximately 365 days, five hours, forty-eight minutes, and forty-five seconds—beginning a new cycle each year on the March equinox.

The Gregorian calendar, however, only counts 365 days in a year. If we didn’t have a leap day roughly every four years, our calendar year would begin too early—almost six hours before the Earth finishes its full orbit around the sun.

Over time, this deviation of about six hours per year would cause the seasons to shift by nearly twenty-four days within a century.

Even if the people of future centuries are more inventive, nobody wants to be celebrating Halloween in the spring, or Christmas in the summer.

Having a leap day corrects this error by giving Earth the time it needs to catch up and complete its full circle around the sun for the sake of our seasons.

What’s the difference between a leap day and a leap year?

Now that you know the science behind leap years, you can learn the key differences between a leap day and a leap year so you can easily talk about each.

A leap day is observed almost every four years on February 29. (We say “almost” because that six-hour deviation we mentioned makes the math a little more complicated.)

A leap year is a year where an additional—or intercalary—day is tacked onto the shortest month, February. It’s important to know that leap years have 366 days instead of the typical 365 days and occur almost every four years.

The only real difference between the two terms is this: Leap years are years with one extra day, and leap days are that day. It’s as simple as that!

Now that you’re an expert in leap year lingo, how will you take advantage of that extra day on your calendar?