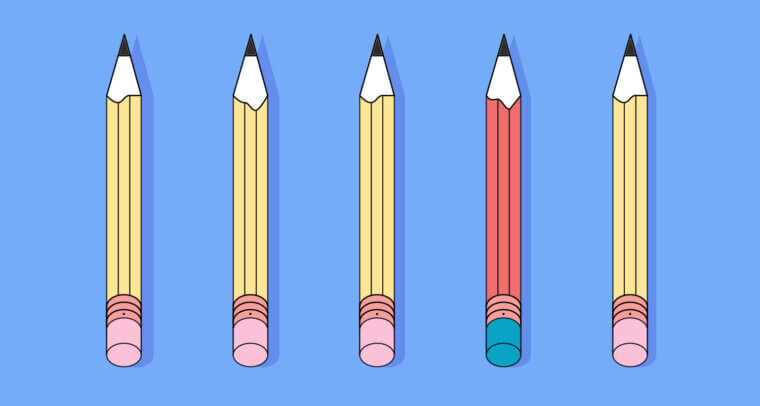 Contrast is a powerful thing. You can see the light of the stars at night only because of the darkness of space. By putting two separate things or concepts together, you can create contrast. This act is called juxtaposition. When you use it correctly, it can be a tool to enhance your writing.

Here’s what you need to know.

Like personification or portmanteau, juxtaposition (pronounced juck-stuh-puh-ZIH-shun) is a literary device. This device uses contrast to create meaning. Although the concept might sound abstract, you’ve probably used juxtaposition without even thinking about it. Common phrases like “you can’t teach an old dog new tricks,” for example, use juxtaposition to illustrate a point.

It’s easy to think juxtaposition means placing opposite concepts or objects side by side, but that isn’t always the case. It can also be like “apples and oranges” (which is another phrase that uses juxtaposition). There are many ways the device can impact a reader or text:

Keep in mind that the implications of the contrast juxtaposition creates aren’t always intentional.

When is juxtaposition used?

By putting two separate concepts or objects next to each other, you create a contrast that shows the difference or similarity between them. This can help strengthen an argument, create an emotional response, or otherwise add meaning.

You can see examples of juxtaposition across literature, poetry, and speeches, as well as visual art and even symbols.

Juxtaposition as a literary device

In literature, juxtaposition can be used in myriad ways, ranging from abstract concepts down to the sentence level.

For example, Charles Dickens writes: “It was the best of times, it was the worst of times,” a famous example of antithesis, which falls under the umbrella of juxtaposition and requires a contradiction in paired sides. Or you may see it as a turn of phrase, like “deafening silence” or “sweet sorrow,” which are oxymorons, a type of juxtaposition that uses a contradiction to heighten the meaning of each component of the comparison.

In some cases, juxtaposition can also be used to inject humor, often through irony. For example, in the book Hogfather, Terry Pratchett writes the line, “Real stupidity beats artificial intelligence every time.”

Juxtaposition can also be used at the character level. For example, two characters can be foils for each other, juxtaposing their various qualities to highlight their differences. Think of the dignified Dr. Jekyll and the wild Mr. Hyde or the Wicked Witch of the West and Glinda the Good Witch. Placing these characters in the same story makes their differences even more obvious. It can also reveal unexpected similarities that give the story added complexity.

For example, in Pride and Prejudice, Mr. Darcy’s noble nature is eventually shown (and elevated) by the revelation of Mr. Wickham’s scandalous behavior. Not only does it help develop characters, it also invites readers to take a more active role in the reading experience as they consider what these juxtapositions mean.

Juxtaposition isn’t limited to the creative world. It can also be found in expository writing, and you can use it to create compelling arguments.

How to create your own juxtapositions

When you want to punch up an important point, it can help to use juxtaposition. Here are the steps you can use to add juxtaposition to your professional writing:

1 Identify your main points or thesis.

2 Think about alternatives or opposites you could use to contrast those points.

3 Consider the potential implications of each alternative when compared to your thesis.

4  Add the contrast which best supports your desired point.

Here’s how that could play out in real life: Let’s say you work at a media company and you’re writing a proposal to create a new series. The idea at the center of your proposal might be that the company needs to invest in more video content.

You might state the problem using a juxtaposition: “We aren’t targeting our core demographic, Gen Zers, with videos. Our site is mostly seeing engagement from Gen Xers and Millennials who gravitate to podcasts.”

“Happy families are all alike; every unhappy family is unhappy in its own way.” —Anna Karenina, Leo Tolstoy

The Prince and the Pauper by Mark Twain

“Treasure found but lost, flirting between

The worlds of lost and found.”

“Grave men, near death, who see with blinding sight”

—“Do not go gentle into that good night,” Dylan Thomas

That is hot ice and wondrous strange snow.”

Mental illness and monsters/ghosts in The Haunting of Hill House

Humans and Cylons in Battlestar Galactica

Batman and the Joker in Christopher Nolan’s The Dark Knight

The magical, natural world and the age of man in The Lord of the Rings

“That’s one small step for man, one giant leap for mankind.” —Neil Armstrong

“We have come to dedicate a portion of that field, as a final resting place for those who here gave their lives that that nation might live.”

Mario and Wario in Mario Bros.

Juxtaposition is when you place two concepts or objects next to or near each other, thereby highlighting their innate differences and similarities. There are several types of juxtaposition, including oxymoron, antithesis, and foil.

When is juxtaposition used?

Juxtaposition can be used in language, literature, TV shows, movies, video games, art, symbolism, and more. It can also be used to discuss concepts.

What are some examples of juxtaposition?

There are many examples of juxtaposition across media and language. For example, here are some concepts that can be juxtaposed: