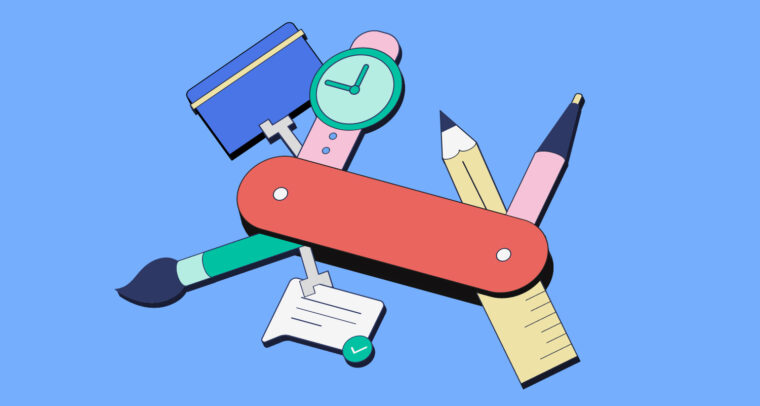 In the workplace, multitasking is a skill that’s often praised and might even be encouraged. You might even have identified yourself as a strong multi-tasker on a past résumé. Multitasking is an attractive idea because it makes you feel like you’re accomplishing more in less time.

“[People] think multitasking successfully is somewhat of a badge of honor—but in reality, it kind of makes you stupid,” says Wendy Ellin, workplace productivity strategist and author of the #1 bestselling book, Working From Home…How’s That Working For You?

“You flail around in chaos and wasted minutes trying to figure out where you left off on this project when you redirected your attention to that phone call or email, and it just puts you back instead of moving you forward,” Ellin says.

Although multitasking might be effective in some situations, it might not be ideal in a workplace setting.

Studies have found that multitasking actually reduces efficiency and productivity. Here are the risks of multitasking.

1 It lowers your IQ

According to a multitasking study by the University of London, Ellin isn’t wrong about its effect on your brain. It found that participants who multitasked while working on a cognitive task experienced a drop in IQ—some male participants’ IQ dropped by as much as fifteen points.

“When you are trying to have a coherent conversation while constructing an email, it doesn’t work. One of those suffers,” says Ellin. “Your brain needs full power for both, and can’t work on behalf of both tasks as effectively as on one.”

2 It requires a switching cost

The American Psychological Association says that switching between tasks results in a loss of productivity and efficiency. This is because of what’s called, “switching costs.” It takes the brain time to process the end of one task, and shift gears to another task. The switching cost might be small at first, but it adds up as you multitask throughout the day.

“It takes sixty-four seconds to retrieve your train of thought after being interrupted by an email,” says Ellin. “Multiply that by fifty times a day and you’re in excess of wasting fifty minutes just from the stopping and starting all day.”

3 It leads to poor work quality

Whether you’re pulled away from your first task by a colleague, a chat message, or an unexpected task that was put on your desk, multitasking doesn’t allow you to commit 100 percent of your focus to producing a high-quality outcome.

When your brain is constantly shifting between more than one task—and expending a processing cost in between—mistakes will likely happen.

In certain situations, you might find that multitasking lets you achieve desired results, simultaneously. It might be slightly more effective when two simple tasks are performed at once.

“When you are not using the same part of your brain for both tasks, it works,” says Ellin. “[An] example is talking to someone on the phone while walking on the treadmill.”

However, multitasking while performing cognitive tasks (i.e. tasks that require you to acquire, organize, and learn new information) at work will bring trouble.

If you’re faced with multiple tasks and need an alternative way to approach them without multitasking, here are a few ideas from Ellin and other productivity experts:

Set up a reward. “Reward yourself for completing a task, like a 30-minute walk outside, a cup of afternoon coffee, or a 20-minute meditation break,” Ellin suggests.