Is Conversate a Word?

One of the words you can get from the noun conversation is conversationalist: someone who is good at making conversation. You can also get conversational, which means informal. There’s also the verb conversate, a candidate for the “not-a-real-word” title, even though you can find it in a dictionary.

The Definition of Conversate

Conversate means to have a conversation. To get to conversate, you’d have to take the noun “conversation,” remove the suffix -ion, add an “e” at the end, and use it as a verb. That process is called back-formation, and the result is often a word that’s considered nonstandard—at least for a while. Conversate is still nonstandard, which means you should probably avoid it in situations when proper writing matters. 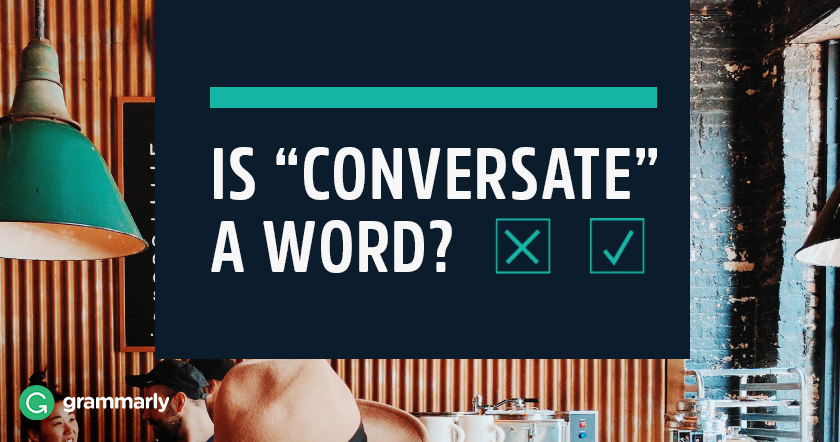 Conversate wasn’t born out of a lack of a better word. The standard verb for having a conversation is converse:

When Jack and Mary used to converse, no one else could get a word in.
We’ve been conversing about remodeling the kitchen for months.

However, you can still find examples of people using the nonstandard verb conversate instead:

Tim wanted to conversate with his partner about the offer they got for their business.
He was seen conversating to an unknown person before abruptly leaving the bar.

You can’t stop people from using the verb conversate—it’s a real word, albeit a nonstandard one. You can, however, choose to use converse instead. That way, in situations where what you say or write really matters, you won’t have a slip up.