Latin phrases are everywhere. At college you hear about the college’s alumni. At work you see Latin abbreviations like “p.a.” or “etc.” Read the papers and you’ll find the phrase “vice versa.” We use quite a few Latin phrases in English, and the one we’ll explain here is ipso facto.

Meaning of the Phrase Ipso Facto

It’s obvious that facto has something to do with facts. Ipso, less obviously, is a reflexive pronoun, in this case meaning “itself.” The way the phrase is used, it can be literally translated as “by the fact itself.” 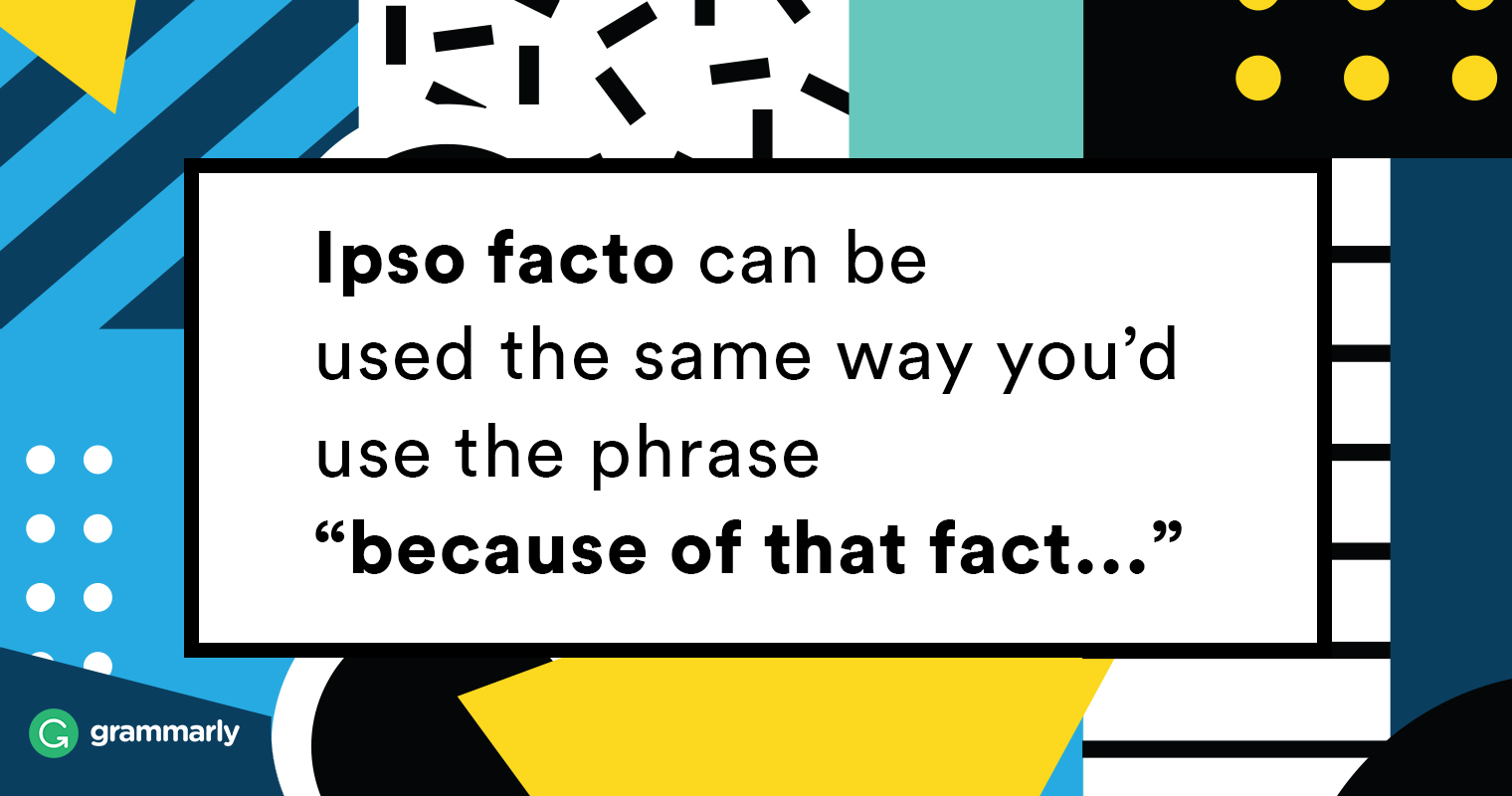 You use ipso facto when you have a fact or an action, and you want to show that it’s a direct consequence of another fact or action. Here’s an example:

Peter’s son was born in Argentina and he ipso facto has a claim to Argentinean citizenship.

The fact that you’re the one who ate the last slice of pizza makes you ipso facto the person who is obligated to order another one.

By the way, since we’re talking about the term itself in this post, we’ve used italics for ipso facto. But when you’re using it in an ordinary sentence, you don’t need to italicize it.

There’s one good reason ipso facto was well received in the English-speaking world: it doesn’t have a single-word equivalent in English. Depending on the context, it might be possible to use words like “hence” or “thus” instead of ipso facto. But this isn’t always the case, and even when it is you still might need to rearrange the sentence to some extent.

Ipso Facto in a Sentence

Churches are ipso facto in the God business.
The Toronto Star
The law prohibiting marriages between Germans and Jews also lays down that marriages concluded in defiance of this law are ipso facto null and void, even when performed abroad in an attempt to evade its terms.
The Telegraph
When English speakers use words from Latin, or any other language, they become – ipso facto – English words.
The Guardian
“As far as I am concerned, anyone who walks an ancient pilgrim route is ipso facto a pilgrim — regardless of their religion, motive or means,” he said in an email.
The New York Times
Your writing, at its best.
Get Grammarly for free
Works on all your favorite websites