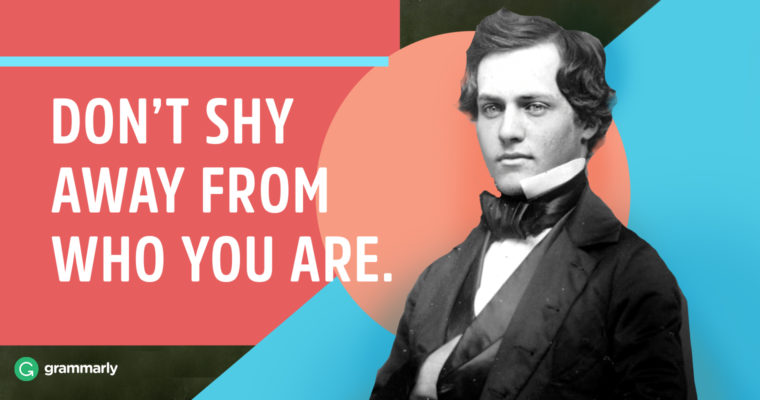 Introverts are energized by solitude rather than social activities. We value deep connections. We’re better listeners than we are talkers, at least where chatty small talk is concerned. Unfortunately, job interviews require us to be gregarious, make only a superficial connection, and chit-chat. About ourselves. The horror!

I was well into adulthood before my extroverted dad admitted that, despite my preferring solitude and books over people, I turned out pretty okay. I’ve lost count of the times I’ve been told that I should “just be more social.” Although one-third to one-half of the population are introverts, Western society tends to value the gregarious over the observant and introspective.

The pressure to act as though we love social interaction intensifies when it comes time to interview for a new job. Introverts disdain small talk and are uncomfortable in the spotlight, and job interviews require us to manage both those things with flair. Fortunately, we can use the power of introversion to not only survive the interview process but crush it.

Okay, at first blush this advice may sound like I’m asking you to deny your true self. But that’s not quite what I’m suggesting. It’s more a matter of getting a foot in the door at a time where first impressions matter. A lot.

There’s some value in the expression “Fake it till you make it.” It’s possible to act more confident than you feel, and it’s also possible to seem more extroverted than you are. Before your interview, remind yourself that, despite your preference for deeper conversations with people you know well, you’re actually good at “peopling.” Do you smile and make eye contact with cashiers when you go shopping? Do you return a friendly hello when someone greets you? Can you engage in a conversation with a random stranger? If you’re like most introverts, you manage all these things just fine.

Odds are, you’ve already found yourself pretending to be more extroverted than you are. So, when it comes time to interview, remind yourself of your chameleon-like ability to blend in and act like a people person even when you’d rather be home reading or watching a movie. Once you’ve proven that a preference for solitude doesn’t mean you can’t interact with people (it’s a commonly held myth that all introverts are shy), you can let your introvert flag fly with pride.

When I lived in a tornado-prone part of the country, our local TV weather team had a motto I loved: “Be prepared, not scared.” The head meteorologist believed that information, rather than hype, was necessary to help local viewers ride out the storms. As a weather buff, I was a huge fan.

We have a tendency to generate a lot of hype in our own minds when we’re working our way up to an event as significant as a job interview. Hype is the enemy because it generates anxiety. Preparation is the only way to vanquish it. Before your interview, research the company. Write down anything you may want to ask the interviewer. Give thought to how you’ll answer some of the most common interview questions. Here’s some advice to help you get started.

Organization can help, so bring notes and a professional-looking portfolio. It can even be useful to do some scouting before your interview. Drive to the location so you know where you’re going. Do your best to get the name of the person who’ll be interviewing you and see if you can do a little research into that person’s background. The more you know, the less anxious you’re likely to feel.

3 Reference introversion as a positive.

The world is full of introverts, and science shows that we’re pretty darn smart. Sixty percent of gifted children are introverted, as well as seventy-five percent of those identified as highly gifted.

When my son was little, I gave him a coin to drop into a fortune telling machine. The fortune teller (it reminded me of the famous carnival machine in the Tom Hanks movie Big) spit out a card that read:

It fit. My son is as introverted as I am. And hey, we introverts are like wise owls—we speak less and listen more. We take time to process things. We’re generally very creative when given a quiet space in which to work. We’re awesome.

Talking about your tendency toward introversion can play to your favor during a job interview. No only might the interviewer share your tendencies (or at least closely relate to someone who does), but you can help him or her recognize introverted traits as positive. Here’s a great example:

You can reply along the lines of, ‘As an introvert, I’ve discovered that I’m a natural listener and observer. It’s second nature for me to seek out pain points or obstacles that others are facing. Once I’ve gathered enough information, I’m ready to make a thoughtful and impactful contribution.’

—Aja Frost for The Muse

4 Know that you’re not alone.

Consider that up to half the population are introverts, many of whom act a lot more extroverted than they are due to societal pressure. You stand nearly fifty-fifty odds of sitting right across from a fellow introvert at your interview.

But even if you find yourself face-to-face with an extrovert instead, the chances of that person knowing and caring about an introvert are higher than you may think. Just because introverts prefer solitude doesn’t mean we’re alone in the world. It also doesn’t mean that there’s any reason to be ashamed of being introverted just because the more gregarious people seem to get all the attention.

Many hugely successful people identify as introverts. They include Bill Gates, JK Rowling, Barack Obama, and Mark Zuckerberg. Even Dr. Seuss, according to Susan Cain (author of Quiet: The Power of Introverts in a World That Can’t Stop Talking), “was afraid of meeting the kids who read his books for fear they would be disappointed at how quiet he was.”