What Is Indirect Characterization in Literature? 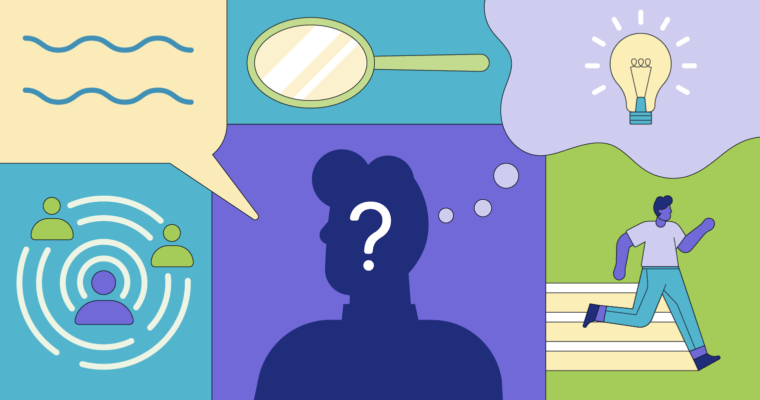 What is indirect characterization?

Indirect characterization is a type of literary device that reveals details about a character without stating them explicitly. Instead of describing a character in a straightforward way, the author shows their traits through that character’s actions, speech, thoughts, appearance, and how other characters react to them.

Why is indirect characterization important?

Characterization in general is not only necessary to narrative writing; it’s part of the fun! Getting to know realistically portrayed characters adds to the entertainment value of literature, and we often develop attachments to certain stories because of how we relate to specific characters.

However, in some situations, you may choose to be clearer and state character traits more bluntly, so in those cases direct characterization is better.

The difference between direct and indirect characterization

For example, let’s say you want to explain that a character is generous and compassionate. Direct characterization might describe them like this:

Because Sonia had grown up without much money, she developed a strong sense of compassion and gave to the needy every chance she got.

Indirect characterization is more subtle, relying on hints and signals instead of stating it forthright.

Sonia reached for her wallet the moment she saw the beggar. Remembering what it was like to go hungry as a child, she put her last dollar into his cup without hesitation.

Learning how to use direct and indirect characterization is a large part of writing, especially in writing a short story or a novel.

Methods of indirect characterization with examples

The character makes statements that imply or suggest something about themself, usually in dialogue.

“I wouldn’t ask too much of her,” I ventured. “You can’t repeat the past.”

“Can’t repeat the past?” he cried incredulously. “Why of course you can!”

Gatsby’s forceful line about repeating the past shows he’s quite optimistic about being able to repeat the past and adds greater detail to his motivation to pursue Daisy.

The character thinks or feels in a way that reveals something about who they are. Unlike speech, thoughts are observed only by the reader and the character themself.

He hadn’t once ceased looking at Daisy, and I think he revalued everything in his house according to the measure of response it drew from her well-loved eyes.

That Gatsby values his possessions based on Daisy’s opinion shows how much she means to him. It’s also worth noting that this observation is also an indirect characterization of Nick the narrator and tells the reader that he is starting to understand Gatsby’s personality.

The instant her voice broke off ceasing to compel my attention, my belief, I felt the basic insincerity of what she had said. It made me uneasy, as though the whole evening had been a trick of some sort to exact a contributory emotion from me.

Nick’s reaction to Daisy’s story—him feeling manipulated—gives the reader a cue to how they should feel about the character—that she’s manipulative.

The character’s own actions demonstrate what kind of person they are. This is often the most powerful form of indirect characterization, but also one of the hardest to pull off because it’s more nuanced.

The flowers were unnecessary, for at two o’clock a greenhouse arrived from Gatsby’s, with innumerable receptacles to contain it.

This passage shows us just how nervous Gatsby is about the meeting at Nick’s house; he ordered too many flowers (“a greenhouse,” for hyperbole) because he wants to be certain to make a good impression.

Two shining arrogant eyes had established dominance over his face and gave him the appearance of always leaning aggressively forward. Not even the effeminate swank of his riding clothes could hide the enormous power of that body—he seemed to fill those glistening boots until he strained the top lacing, and you could see a great pack of muscle shifting when his shoulder moved under his thin coat. It was a body capable of enormous leverage—a cruel body.

This physical description of Tom paints him as both cocky and strong by focusing on his “arrogant eyes” and “great pack of muscle.” Notice how Fitzgerald uses direct characterization interwoven throughout the description, like the specific details about what Tom is wearing: “the effeminate swank of his riding clothes” and his “glistening boots.”

How and when to use indirect characterization

Here are three expert tips to help you use indirect characterization in your own writing.

1 Focus on the minutiae

The devil is in the details, as they say! The tiny things that go unnoticed in real life can be a great avenue for indirect characterization, such as how a character adjusts their hair, the state of their clothing, or subtle body language, like tapping a foot in impatience.

Not only do these little details reveal a lot about your character, they also make your story more vivid and lifelike.

Describing a character’s home and lifestyle is a great shortcut to demonstrating their character. For example, is their bedroom messy or clean? This is a big indicator of what kind of person they are. Other details, like what time they wake up, whether they have pets, or what food they eat are all great for indirectly showing their nature.

3 Use repetition and consistency

Just as in real life, a character will display their prominent traits over and over again. The trick for a writer is to think up new ways to show the same thing.

For example, if you want to show that a character is forgetful, you can have them arrive late to an appointment, ask a person’s name multiple times, and miss an assignment at work. Having all three incidents together makes a stronger impact than just one alone, and the consistency makes it easier for the reader to get a strong sense of the character.