How to Show Appreciation to Your Staff and Colleagues 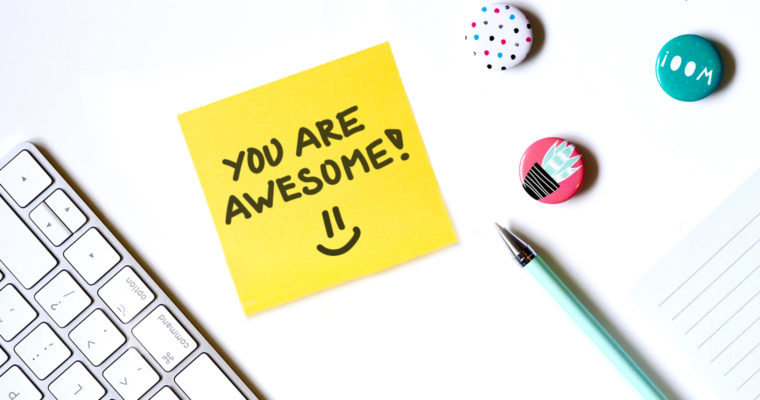 You tell people what to do like it’s your job—because it is. But that’s not the only thing you want to be known for.

You’ve had demanding bosses yourself. The kind who expect results, but who acknowledge achievement with little more than an ambivalent “hmph” at best—and who more often respond with a readymade list of everything else that still needs to be done.

You’re determined to do better. You recognize the value in treating the people you work with like, well, people. How to do that might not always feel obvious, but Grammarly can help. Here’s how to show appreciation to your staff and your colleagues.

Not every “thank you” has to be a grand gesture.

Yes, absolutely take a few moments at a big meeting to spotlight the all-stars who just finished epic projects or won awards. But remember that smaller opportunities abound—often in one-on-one interactions.

For instance, when one of your reports emails you an update, it might feel routine to look it over and then turn your attention elsewhere if no reply is needed. But it only takes a few extra seconds to say “thank you” and throw in a complete sentence about some part of their work that caught your eye.

To the person receiving that reply, it’s the difference between wondering if their daily grind is even noticed and knowing it is.

(Nota bene: With Grammarly, you can be confident you’re getting such quick missives out flawlessly.)

“Thank you” is a great pair of words, but without supporting context, it can read as a mental hiccup. Stating precisely what you’re thanking people for shows a deeper recognition and appreciation of their efforts.

Also, this may go without saying, but use folks’ names. Your humble blogger only mentions it because he’s pretty sure at least one of his past bosses never learned what to call him. It’s not a good look.

Telling people you’re grateful for their work matters, but you might want to avoid being the only one in the room who’s talking. Take a few moments to show your interest by asking the person you’re praising how they accomplished their latest feat. How did they decide what approach would work best? What was surprising or unique about this particular enterprise?

This isn’t just a handy technique for making people feel valued; if you’re lucky enough to work with a talented team, gleaning their insights about what works can be worthwhile all on its own.

Okay, so a staff member got a win. Give props. Ask them how they did it. Then use more than words to demonstrate how glad you are they pulled it off.

To do that, dollars might first come to mind, though they’re far from the only option. It’s sometimes said that time is the new money; certainly, few workers will complain if you want them to have more of it.

This can apply in a few different ways. For example, a writer who’s up all night hitting a key deadline might not just be glad to take the rest of the day off, go home, and sleep—they might have also earned a comp day.

But the time you offer as a token of your appreciation can take a different form as well. Say an employee has done rock-solid work and just brought home an award, but you happen to know their passion lies with a specific niche of their field, or that they’re longing to tinker with a new creative project, if only their more general day-to-day responsibilities didn’t hog so much bandwidth.

To show your esteem, now might be the time to start a conversation about how they can spend more time focusing on the work that interests them most.

We think your writing is beautiful.

That’s why we created the New Grammarly Editor—to match our users’ fantastic writing.

Have you tried it yet? #cleanwritinghttps://t.co/GxkYT3RONA

Make sure it’s the right fit.

Be careful not to undercut your message—say, with a gift that feels thoughtless or impersonal.

Just as nothing says “I’m not invested in knowing you and don’t care how this lands” better than getting an XL t-shirt for a person who wears a medium, maybe don’t offer to take an outstanding staffer or colleague who’s vegetarian out for barbecue to show how much you appreciate them.

Figuring out whether someone would prefer to receive flowers or fancy cookies on their desk isn’t particle physics; if you’re not sure what’s best, try asking their peers.

Whenever you’re putting your words of appreciation in writing, make sure it looks like you mean it. Steer clear of the awkward typos or mismatched words that are the hallmarks of haste or, worse still, indifference. Give your draft a quick once-over before you hit “send” to make sure it communicates exactly what you intend.

Grammarly can help you avoid unforced errors—and we always appreciate the chance to lend a hand.

Here’s How to Finish Anything You Start