What Is Plain Language? 5 Ways to Overcome Workplace Jargon 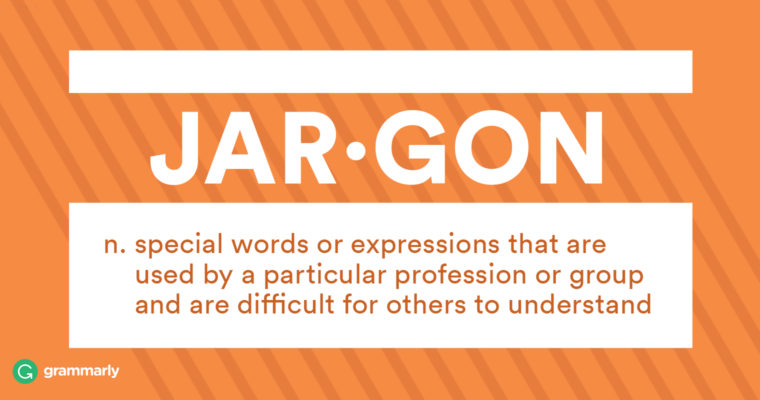 If your work consists largely of moving words around on a screen, being understood is essential. At no time is this more evident than when workplace communications fail.

Say your team has been coordinating a crucial media announcement for weeks. You’ve gathered input from scientists and software developers at your company to clarify the details of your message, you’ve run the language past your boss and a company lawyer—you’ve even sat down with an executive to make sure your tone is on brand.

That’s when the bombshell drops: somehow, parts of the story have leaked early. A journalist is calling—asking to interview your boss’s boss. Maybe that person is on the road. Maybe your boss has been preoccupied with high-level issues and delegated the details of the project to you. As your panic escalates, you notice this final dagger—an email from your company’s D.C. office that makes absolutely no sense to your bleary, uncaffeinated eyes:

“Hey there, WaPo is looking to intvw c-suite rn re rollout. Cheryl has the bug, can you grab? A quick statement would be clutch.”

Argh. When communication breakdowns happen, they can be devastating for you, your clients, and your team. While it’s fun to tinker with language, invent creative slang, and show off your wonkery with jargon, sometimes the best way to get things done is by using straightforward, plain language.

Here’s how to make sure your writing is easy to understand.

Every specialty has unique terminology that separates insiders from the general public, but this separation leads to trouble when you need to communicate broadly. That’s true for emergency responders trying to coordinate with other departments that use different radio codes, and for military officials briefing the press on an upcoming deployment, as in this example:

General: “Our unit will rotate back in approximately seven months.”

Reporter: “Will that be enough time for the troops to rest?”

General: “We believe BOG-time will be sufficient.”

What the general means is yes, but he uses a term that most civilians have to look up; in this context, BOG is short for boots on ground. Unfortunately, the reporter probably can’t use this quote in her story without some added explanation.

When you spot a clunky turn of phrase in your draft, look for a more conversational alternative. In the above examples, you could just as well substitute rest time instead of BOG for the weary troops, as well as executive in lieu of c-suite, and is sick in lieu of has the bug.

While we’re at it, we might swap out the rarefied lieu in that last sentence for the more plainspoken in place of.

3 Ask the experts to simplify

Whether you’re getting input from an engineer or a financial guru, you may find yourself searching for a delicate way to ask them to be, er, um, less technical. The quick-witted reporter in the above scenario might broach it with this followup: “For people in our audience who aren’t familiar, what is BOG-time and why is it important?”

Science writers use this tactic constantly with academics, asking them to distill the complexities of their research as they might when speaking to a bright but easily distracted fourth-grader.

It’s a sentiment echoed in a memorable scene from the 2011 film Margin Call, in which the CEO of an investment bank on the verge of collapse deadpans to a young analyst, “Speak as you might to a young child—or a golden retriever.”

Small misunderstandings have a way of compounding, if you let them.

It can be strange to ask people for clarification, especially if you feel expected to already understand what they’re talking about in full. In this situation, it’s worth remembering that if you’d mastered the subject perfectly, then discussing it further would only be a waste of breath. In other words, asking questions shows people you respect their time.

Also, putting such questions off for later won’t help, and may even set back your efforts, so it’s best to get it over with. You may be surprised: folks tend to value feeling well understood, so they may appreciate your questions more than you’d guess.

5 What would George Orwell do?

The need to simplify convoluted language has been evident for decades. George Orwell hammered on it in his 1946 essay “Politics and the English Language” (PDF).

Some key takeaways can be summarized as follows: Don’t use played-out turns of phrase, the passive voice, or overly long, arcane, or unnecessary words. But Orwell’s final rule also acknowledges that it’s possible to go too far in pursuit of simplicity.

Break any of these rules sooner than say anything outright barbarous.

While it’s tempting to substitute a plainer word there at the end, like awkward, editing Orwell would be outright barbarous. We’ll let it stand.