This Is How to Be More Productive at Everything You Do 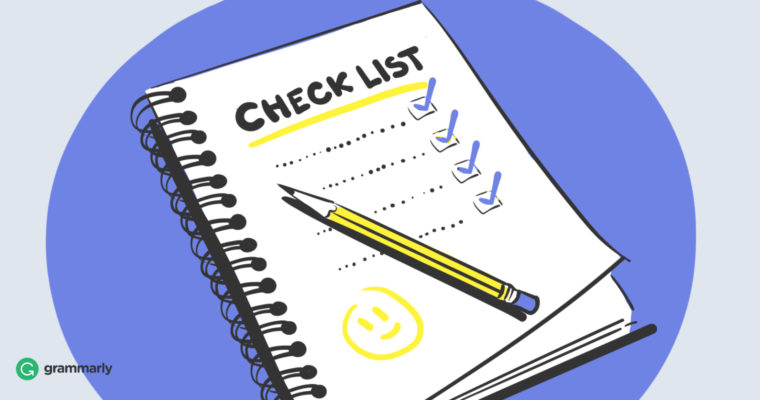 There are days when it all comes together for you, but this might not happen to be one of them.

Some days you’re able to just crank through one task after another. Your “sent” folder brims with solid work before noon, your contribution to the afternoon meeting is well received, and you even manage to wrap up with enough time and energy to hit the gym before dinner. If only someone could bottle up days like this, you muse. Alas.

Many factors of productivity are beyond your control. Sometimes your train is late, or your building’s fire alarm goes off, or a key collaborator whose input you depend on comes down with a dire case of plane tickets to Hawaii. In such circumstances, there’s only so much you can do.

But what about the rest of the time? Amid the many variables at work (and everywhere else), what little things can you do to optimize each day? There are some constants worth keeping in mind—and perhaps a few habits to address. With diligence, the tactics we’ve gathered here might make you more productive at, well, just about everything.

Care for yourself, and be equipped for the task at hand.

Here’s one recurring challenge you should prepare to keep dealing with: you are an alive person. (If not, stop reading and seek assistance.) In other words, you’re going to need food, rest, and an occasional change of scenery—and maybe also fresh socks. Failing to address these concerns can undermine your sanity, to say nothing of your productivity.

It’s hard to stay on task when you’re hangry, so plan accordingly. If you have a desk drawer, keep a few snacks in it. If you carry any kind of bag, a pouch of trail mix will have future-you thanking current-you for being so thoughtful.

2 Know how much rest you need. Same goes for caffeine.

It’s not uncommon for workers to plow ahead even when they’re exhausted—and for their efficiency to plummet as a result. One solution may be to quit binge-watching Buffy the Vampire Slayer before bed and actually go to sleep. Another is a legal, affordable, performance-enhancing drug known as caffeine, which many offices just give away for free to anyone willing to brave the befuddling machinations of the break-room coffeemaker.

Just be careful not to overdo it, lest you get jittery after that third cup.

3 Keep a backup of the essentials handy.

People make mistakes, like casually throwing away their own passport two days into an overseas trip. Devices you rely on can crash, break, or disappear. You can’t always prevent such fiascos, but with preparation, you can limit the fallout for your productivity. While you can’t realistically pack a duplicate of everything, it’s worth making copies of key documents and backing up crucial files.

As for equipment, your Plan B needn’t be identical to your Plan A. For instance, when a reporter’s field recorder runs out of space during a run-and-gun interview, she might not have time to dig out a fresh memory card—but if she turns quickly to the voice memos app on her smartphone, she might just get the quote she needs anyway.

“Work expands so as to fill the time available for its completion,” the saying goes. Being productive means budgeting your time and staying focused. Start by writing down what you need to get done, and in what order. Set priorities and give yourself deadlines. Set a timer if you have to—anything to keep small tasks from sprawling endlessly.

Also, if your typical day involves a steady churn of notifications, you might turn away from the screen and resort to a pen and paper for parts of this process. While some degree of distraction or interruption may be inevitable, be judicious about what you let alter your timeframe.

This isn’t always an option, but when you’re already spread thin and someone brings you a last-minute project on top of other deadlines you’re facing, sometimes you have to be realistic about how much you can take on. (That’s true in social contexts, as well: don’t let fear of missing out keep you from taking a needed night in to recharge.)

If you can’t—say, if an important client insists it’s urgent, and “no can do” isn’t an option—then consider seeking an extension on your other deadlines. Having to pull an all-nighter—pretty much the antithesis of a productivity booster—should be a last resort.

5 Log off sometimes. The mute button is a friend.

Part of budgeting your day is not allowing diversions like social media to continually siphon off small increments of your attention. Seriously, those cat GIFs, political rants, and wedding pictures can all wait. If your roommate from college and twenty other people are all in a thread debating who will bring salads and dessert to next weekend’s cookout, it’s a fine time to turn off notifications and actually, you know, work.

Don’t just think about what you should do—do it.

Sometimes your productivity is hindered by knowing what you want to make happen but not feeling certain you can pull it off. But the surest way to accomplish less is to attempt less—so if you want to be more productive, you have to surmount those doubts.

6 Ask for what you want.

Maybe you’d like a promotion and more money. Or maybe you have an idea for a cool project, if only your boss would give you the go-ahead. Asking can be scary, but the idea of not asking—and potentially wondering how different things might be, months later, if you had—should be scarier.

Take it from Lisa Chow, host of the podcast StartUp: “I went through most of my career never negotiating anything. And then suddenly when I did I was like ‘oh wow—this works!’” she says. “I think in our heads, you think, ‘oh if I ask and if they don’t say yes then I might actually lose the job or I might lose the job offer. And I think that is very rarely true.”

One final note to improve your productivity: don’t beat yourself up in the event things don’t go as expected. It happens. Finding ways to learn from such experiences, adapt, and move on will make you a lot more productive in the long run.

ProfessionalsThe New Rules for Communicating Confidently at Work in 2022

ProfessionalsStarting Your Career? Here's How to Graduate from Academic to Professional Writing
Writing, grammar, and communication tips for your inbox.