How Should Words Be Added to the Dictionary? 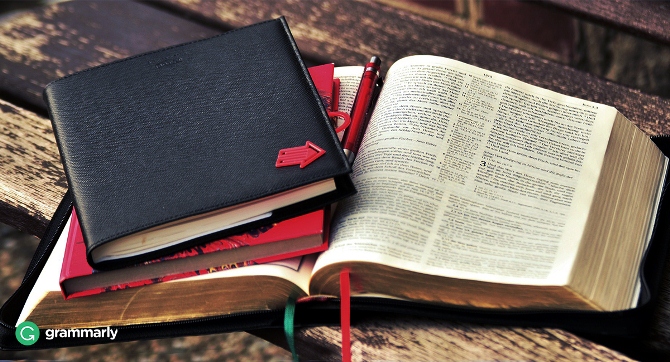 It took 757 editor-years and a budget of $3.5 million to finish Webster’s Third International Dictionary. The hours of work and the budget were spent over almost a decade under the watchful eye of editor in chief Philip Gove. Webster’s Third, as it became known after its release, had some big shoes to fill—the second edition of Webster’s New International Dictionary, published in 1934, was a widely popular authority on the way the English language should be used in the United States. When G. & C. Merriam, the company now known as Merriam-Webster, published Webster’s Third in 1961, it was supposed to be 2,726 pages and thirteen and a half pounds of pure linguistic bliss. However, it quickly became controversial. It drew a lot of criticism for plenty of things, but the entry that caused the most outrage and became a symbol of everything that was thought to be wrong with Webster’s Third was the entry “ain’t.” Although it existed in Webster’s Second as well, the newer edition of the dictionary failed to do a thing that seemed very important at the time: It failed to admonish the use of “ain’t” as incorrect.

The Face with Tears of Joy

Fast-forward fifty-five years, and we’re seeing a lot of controversies spurred by Oxford Dictionaries’ decision to make a pictograph their Word of the Year for 2015. The “Face with Tears of Joy” emoji, which symbolizes laughing so hard you cry, has thus entered history. Many expressed outrage on social media. Other outlets took a different route and provided a more sober look at the topic. But whether you’re on the pro side of the debate or the con side, the choice of an emoji as the word of the year is a little bit strange, to say the least.

How Are New Words Added to the Dictionary?

Oxford University Press (OUP) and Merriam-Webster both rely on staff members who look through large quantities of written material in search of new words or new uses of existing words. OUP has two large resources: The Oxford English Corpus, which consists of entire documents sourced from the Internet, and the Oxford Reading Programme, which consists of extracts of writing from a variety of sources, both online and offline. Merriam-Webster builds its corpus from thousands of citations, which contain a word, an example of its use in context, and bibliographic information. To create these citations, Merriam-Webster’s editors read through everything from newspapers and magazines to books and online publications. Both the OUP and Merriam-Webster stress the importance of a word appearing in various sources. A word that appears only in a single type of publication, like in an industry-specific journal, would be considered industry-specific jargon. The sources themselves need to be varied, and the word usually needs to appear over a long period, proving that it’s not simply a fad.

But will lumbersexual, Brexit, Dark Web, and ad blocker stand the test of time? These words were contenders for Oxford Dictionaries’ Word of the Year 2015, and if you go to oxforddictionaries.com, you will find them as entries there. It would be reasonable to assume that the OUP’s lexicographers saw these words appear in a variety of sources, as it would be reasonable to conclude that these words have been around for more than a few years. But does this really attest to their longevity? Lumbersexualism might go out of fashion, the Dark Web might not stand the light that’s being shined on it, the United Kingdom might decide to stay in the EU, and ad blockers might become a thing of the past. What will happen if these words, which are all entries in Oxford Dictionaries, stop being used soon? Is there really any merit to giving words with a potentially short life span such a prominent place? And even worse, putting emojis in the same basket with real words? If these words disappear completely from the minds and keyboards of people who speak English, there will be no problem erasing them from the online Oxford Dictionaries. Entries can be erased from it. They can’t be erased from the Oxford English Dictionary. The two are very different types of dictionaries.

What Do the New Entries in the Dictionary Tell Us?

What we’re seeing from the reaction to these new words is reminiscent of why Webster’s Third was such a scandalous dictionary. Its predecessor, Webster’s Second, was a prescriptive dictionary—it told its readers how words should and shouldn’t be used. Webster’s Third, on the other hand, was a descriptive dictionary, which means that it told its readers how words and terms actually are used. There’s a huge difference between the two, and to this day some people prefer Webster’s Second, even though it’s a significantly older edition. But just as Webster’s Second was the product of a time when speaking properly was important, Webster’s Third was the product of a time when a more scientific approach was important, making way for the dictionary as a monitor of the natural development of language instead of a force to govern it. Adding words like lumbersexual or even nonword emojis might be a careful and thoughtful recording of the way people communicate today. That still leaves us with the question of how words should be added to dictionaries. Should we wait for dozens of years to make sure they’re not passing slang terms before we see them in our dictionaries? Or should we use the technology we have today and the flexibility it offers to react more quickly to the changes in language? And do we really need emojis in our dictionaries? These questions all boil down to one that should be fairly easy to answer. Which do you prefer, Webster’s Second or Webster’s Third?