How Gaming Makes You a Better (Yes, Better) Communicator 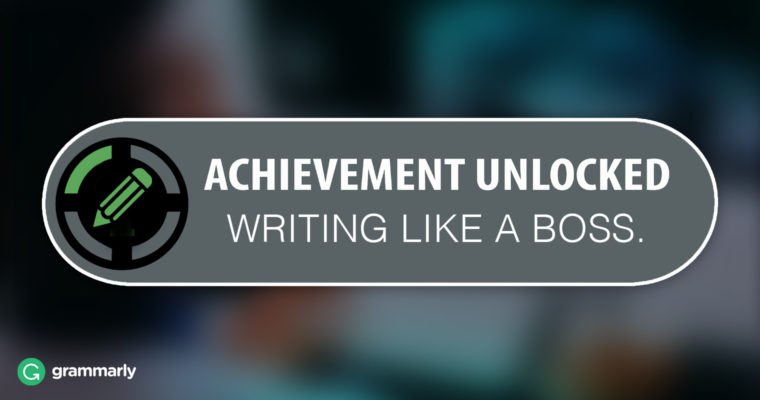 The stereotype of gamers as abysmal communicators is familiar.

It’s easy to picture an anti-social type sitting alone in his unkempt room with the blinds drawn, swilling energy drinks and grinding levels past dawn. Or worse yet, the kind who racks up kills online while wearing a headset and emitting a nonstop stream of cringeworthy recriminations. There is also that timeworn trope of the dungeon crawlers—those chortling weird-beards in the back room of the comic shop, forever rolling dice of peculiar geometries and blurting shrill inanities about critical fumbles: “This is preposterous!”

Indeed, it is—for gaming has long-since emerged from the basement. More than half of American households are now home to at least one gamer who plays for a few hours a week. As an industry, vidya games have long since eclipsed Hollywood, and with mobile gaming now on track to surpass consoles and PCs, the global gaming market sits on the cusp of $100 billion. And, stereotypes aside, adult female gamers outnumber all those loathsome teenage boys.

Gamers, in fact, are everywhere. They’re running the morning meeting at your office, putting out literal fires in your neighborhood, and researching vital new kinds of medicine. And one thing all these roles have in common—whether it’s analyzing feedback from beta testers or crunching some quick numbers ahead of the guild’s next raid—is communication. In fact, whether you game via a big screen or a pocket-size one—or at a table with no screen at all—gaming might just make you a better communicator, collaborator, and all-around team player.

Many games unite players in pursuit of a shared objective. Maybe it’s the simple, time-honored goal of a first-person shooter like Halo or Call of Duty, e.g., “shoot the opposing team more than they shoot us.” (A noble goal with million-dollar stakes, at times.)

Or maybe the mission is more complex; a group of friends gets together on Friday nights for wine, cheese, and a Dungeons & Dragons adventure involving twenty-sided dice and character sheets for goofy rogues with names like Storm Drayne.

All the same, these endeavors aren’t so different from when the sales team at the office pushes to hit its third-quarter target or when the developers furiously mash out the newest release ahead of next week’s deadline; they all require coordination. The Friday night dungeon master, who may have labored for hours mapping out a campaign that plays to her friends’ strengths and tests their cohesion, might find these same skills come in handy on Monday morning while mapping out the week’s goals for her trusty band of programmers.

Where guilds tend to use voice chat clients during raids and office folks might instead rely on Slack, in either case, unless each member takes on a role that serves the broader purpose of the team and works cooperatively, their effort is bound to struggle.

For a comical illustration of this lesson in freefall, consider the woeful cautionary tale of World of Warcraft’s Leeroy Jenkins, who precipitated an utter massacre by charging in alone while the rest of his crew was still discussing their plan of attack.

This can be equally evident for a five-player team in a game like Defense of the Ancients, where a random server connection might fill your headset with tactical calculations uttered between two teammates in Portuguese, while another’s suggested maneuvers appear on your screen in Cyrillic. Such communication challenges can, to put it mildly, make it difficult to properly time a coordinated strike, or to know who on your team will need backup and when. It can also be just plain stressful—even before whatever semblance you had of a plan starts to crumble, alongside morale.

To UK Halo player Abdul Musawwir, keeping morale up is the most essential part of team interaction:

If something bad happens in a game, a team that responds to that calmly and confidently is way more likely to regain control compared to a team that just gets angry or starts blaming each other. Poor morale is going to lead to more mistakes, like mindlessly charging the guy who last killed you. . . . Remain focused, remain positive. Just shake that incident off and move on.

Thus, gaming teaches us the value of communicating clearly and concisely, even in situations that feel dire. Maybe the concern when you’re part of team in Halo is that one of your opponents has managed to take a strategically advantageous perch with a long-range weapon like a sniper rifle. Or maybe you’re on deadline at the office, battling a buggy script while trying to stage a critical post.

Either way, no one likes feeling shouted-at or having to manage other people’s panic. In situations like this, it’s essential to know who you can work with and to state plainly what you know, why it’s important, and how it can be resolved. This tends to be vastly more productive than trying to handle such problems alone or freaking out your teammates or colleagues. In this respect, a question like “Will you take a look at this interactive I’m trying to embed?” has more in common with “Do any of us have a rocket launcher?” than with “Oh God, I have no idea what to do.”

Plus, having rehearsed being assertive and adapting on the fly in pitched combat where warnings are constantly flashing and the terrain around you sometimes explodes, pivoting to an urgent assignment at the office might just feel like a piece of cake.

When communication itself is the game

In some games, communication isn’t just a crucial tool if you want your team to do well; rather, what you tell people is itself part of the game. Players in a roleplaying campaign, for instance, use conversation (and sometimes persuasion) to essentially construct a story around their characters’ shared quest.

Lisa Pickoff-White, a journalist in San Francisco renowned for her tenacity and data-wrangling skills, says figuring out how to effectively steer such a game, even when not everyone’s character shares the same values, tends to yield translatable skills:

I think table topping has allowed me to think through different scenarios quickly and learn to take into account the goals of people in my group and whether they’ll align with the plan. Like is that paladin really going to go for stealing some jewels? How do you motivate them?

While certain games (say, Texas Hold’em) tend to hinge on giving up as little information as possible, other games can at times offer strategic advantages in over-communicating—or appearing to, anyway. One example is Magic: the Gathering, where a typical turn might find one player attacking with a team of creatures—knights, elves, demons, or the occasional mongoose for instance—while the defending player decides how to try to block them with creatures of her own, or perhaps kill them with removal spells.

Here, a crafty player can lead an opponent into traps, perhaps through careful readings of the wordings of the cards—or perhaps by simply seeming to say too much. Gaudenis Vidugiris, who is known among competitive Magic players for his Pro Tour appearances, demonstrated exactly this tactic during the weekend-long slog toward his third Grand Prix victory. Nine rounds into the first day, his exhausted opponent was puzzling over which creatures he needed to block.

Vidugiris, a New Yorker who sometimes plays for the Lithuanian national team, impatiently slid his opponent’s cards into a position suggesting an even exchange that would maintain parity, as if to say “Isn’t your move obvious? I’m a professional and I’m tired of waiting.” His opponent (your humble blogger) obliged. That’s when Vidugiris revealed the Lightning Bolt he’d been masterfully slow-rolling like a titan of poker. Vidugiris—a lawyer by trade—had not, in fact, said too much, but instead communicated exactly the right amount of information to rout his opponent’s defense.

It’s worth noting that one other way Magic, like many games, can enhance players’ communication is simply by building their vocabulary. There are more than 16,000 unique Magic cards with different names; Magic’s multiverse has many large zombies, but only one Corpulent Corpse, for instance. As a result, a longtime player might recognize the difference between the type of veil you wear and the type of vale you walk through, because the game classifies one as an artifact and the other is a land.

Similar examples can be found in iconic video games from Chrono Trigger (where, should you recruit the dark wizard Magus, you’ll quickly learn the word “scythe”) to Metal Gear Solid 3 (in which, if you find yourself wounded in combat, you’ll come to appreciate the word “styptic”).

Whatever your game of choice might be—and whatever context you find yourself communicating in, professional or otherwise—Grammarly is pleased in help you lead your team to victory and fulfill your quest.