How British English and American English are Different

Grammarly
Updated on
May 18, 2021Grammar 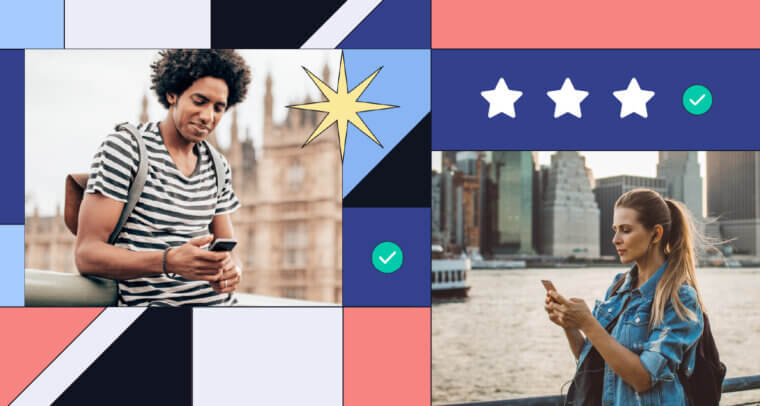 Many Americans who love tea would turn up their noses at the idea of adding milk to it. Brits, on the other hand, are known for lacing their tea with milk. Though tea and milk is considered more of a staple in Great Britain and just an occasional preference in the United States, everyone can recognize the customs for what they are. The language that Americans and Brits share is a bit like that—spoken differently in the two locations, but understandable by both groups of speakers.

Early British American settlers interacted with Native Americans—as well as with immigrants from other countries—and they had to learn and use new words. Meanwhile, words came and went out of fashion in Great Britain, leaving their American counterparts none the wiser. Fast-forward four hundred years and the two dialects are bound to have quite a few differences.

Here are a few ways these English dialects differ, from vocabulary to punctuation:

Eventually, the American colonies gained independence from Great Britain and became the United States. As the US continued to grow and integrate different world cultures, the American people developed linguistic differences from their British counterparts. Phrases that already existed in British English changed. Minced beef became ground beef, for example.

Additionally, new words were invented as science and technology advanced. After the invention of the automobile in the twentieth century, Americans began to fill their cars with gasoline while Brits filled theirs with petrol.

Uniquely American things, such as s’mores or grits, don’t have British equivalents.

>>Read More: How to Order at a Restaurant: US vs. UK

Americans may like their s’mores and their grits, but they may not like the Great Britain breakfast staple black pudding (a sausage containing pork, pig’s blood, and suet). On the other hand, they may better enjoy eating pasties (pies filled with meat).

Phrases are especially difficult to translate from British English to American English because many of them have been created from the evolving British culture. The phrase “sixes and sevens” originally referenced the order of the companies in the London Livery Company, but has become a common idiom meaning “muddled.”

Some words exist in both American English and British English, but they mean different things. You wouldn’t want to mix up an American geezer (meaning an elderly person) with a British geezer (a person of any age, typically male, who might be one’s friend or a person one thinks is“cool”). Similarly, you would not want to call an American house homely (meaning plain or ugly) if you mean the British version of the word (cozy, comfortable).

Depending on where you are, you’ll also want to make sure you’re referring to the correct football. Across Europe, and throughout most of the world, football refers to the sport with the black-and-white ball kicked across a field (Americans call this soccer). In the United States, however, football is an entirely different sport, played by throwing an oval-shaped ball that has laces.

Arguably one of the most important vocabulary differences is the pervasive British acronym WC, which stands for water closet, and it’s an important acronym to remember if you need to use the restroom.

One man is responsible for many of the spelling differences that exist between American and British English. His name was Noah Webster. Yes, the same Webster of Webster’s Dictionary. In the early nineteenth century, Webster saw the extra letters in British English words and decided that they were superfluous; he published a dictionary accordingly.

British English, however, is less revised.

This means that words like “color” and “favorite” in American English are spelled “colour” and “favourite” in other parts of the world, like Great Britain, Canada, Australia, and New Zealand, because they entered the English language through the word’s original French roots and did not get revised spelling in early American history.

Some additional spelling differences include American English’s tendency to end words with -ize rather than the British -ise. The -er ending of words like theater and center is reversed in British English (theatre and centre, respectively). Other words are almost unrecognizable as cognates, such as curb and kerb.

In British English, you have to use the present perfect for recent actions that affect the present.

“I’ve broken your vase. Will you forgive me?”

American English accepts the present perfect as correct, but it also offers a second possibility: the simple past.

“I broke your vase. Will you forgive me?”

American English is tolerant of present perfect, but it’s not as understanding of Britain’s past participles. In the following sentences, Americans would use gotten as the past participle of the verb to get, leaned in the place of leant, and spoiled instead of spoilt.

“You have got much better at breaking things! It’s because you’ve leant too hard against the furniture. Now it’s spoilt!”

Then there’s the Oxford comma—also known as the serial comma. This little mark can spark quite the controversy, though it isn’t necessarily required in either American or British English. Americans, however, tend to be more liberal with it, while Brits use it only if a sentence would be unclear without it.

There are even more differences in how American and Brits punctuate: Brits place commas and periods outside of quotation marks while Americans place them inside. And, British English does not add a period to abbreviations that Americans would write as “Mr., Dr., and Mrs.”

Another example is how Americans and Brits format dates. One simple difference—which may cause someone to be late to an international meeting—is the way dates are written. Americans write dates as month-day-year. So, April 6, 2021 would be 4/6/2021. In Great Britain, they write dates as day-month-year, making that same date 6/4/2021.

It probably comes as no surprise that Americans tend to be more laid-back and upfront with their language than their British counterparts. Even at the office, Americans commonly greet others with a “hey” or a “what’s up?”. In Great Britain, however, you’re more likely to get a “good morning” and a “how do you do?”.

British idioms may seem silly to Americans, but they can convey a sense of fun while maintaining polite conversation. Some Brits may say “and Bob’s your uncle” after listing a set of simple instructions. Other idioms are clearly related between American and British English. In American English, you may hear “odds and ends,” but in British English you’re more likely to hear “bits and bobs.”

Despite both groups’ accents and idiosyncratic expressions, Brits and Americans have little problem communicating with each other in English. If you visit London, you may be invited to afternoon tea. If you don’t “fancy” milk in your drink, you can let them know. Aren’t you grateful for that?

This article was originally written in 2016 by Shundalyn Allen. It’s been updated to include new information.