Is “Ginormous” a Word?

In the murky territory of words you’ve heard people use but you’re not really sure whether you could call them words, ginormous takes up a lot of space.

What does ginormous mean?

Ginormous originated during the World War II as a slang word among British soldiers. Its first official appearance in written form was in the 1948 A Dictionary of Forces’ Slang, 1939-1945.

Ginormous describes something that’s really big. It’s most likely a combination of two other words used to describe size: gigantic and enormous:

We saw a ginormous snail in the garden today.
Compared to Earth, the sun is ginormous . 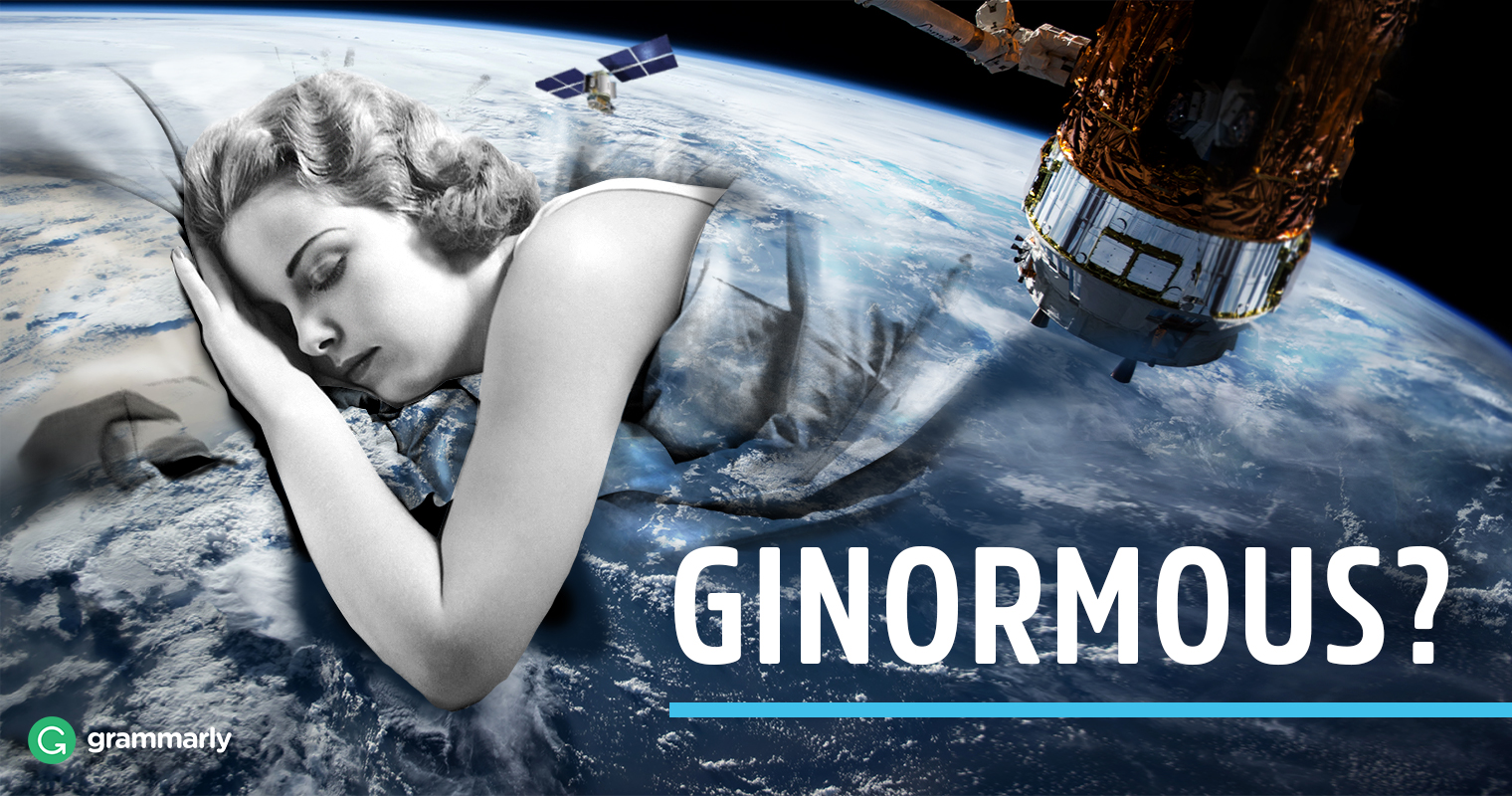 While some might say that combining two words with such similar meanings isn’t a good way of creating a new word, the fact is that you can find ginormous in dictionaries, it has an established meaning, and people use it—it meets all the criteria of a real word. And even though it is an informal one, we can still use it when we want to say that something is ridiculously big or much bigger than expected; it just might be wise not to do it in academic or other formal types of writing.

Heck, you might as well learn to scuba dive, because you’ll be practicing most of your extraterrestrial excursions in NASA’s ginormous underwater practice tank at the Johnson Space Center as you train for your mission.
Flying Magazine
But no matter how great your Friday is, chances are it’s not nearly as euphoric as the day these people had diving into a ginormous pillow.
The Huffington Post
Entered Elvis, the ginormous reptile, as Billy went down on his knee to pop the question.
India Times
Your writing, at its best.
Works on all your favorite websites