The Language of Gender and Sexuality: An Introduction 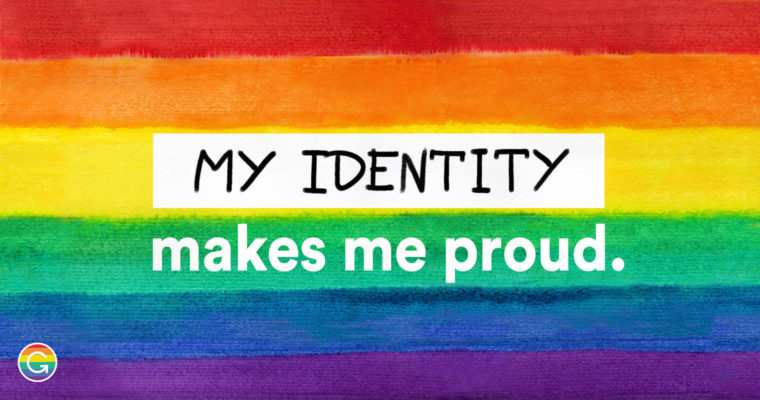 How would you describe yourself?

It’s a big question, one that some people grapple with for a good deal of their lives. You can be described in so many ways: from your appearance if it were described to a sketch artist, to your best qualities talked about by a friend, to your gender, to the people you date.

When talking about our gender and the genders of those we’re attracted to, we all have to come to a basic set of agreements. So, for this article, we’re going to set some table stakes, based on several dictionaries and usage guides.

This is, of course, by no means a comprehensive dictionary. It’s just a place to get started. Go here, here, or here for more info.

Gender, for our purposes, refers to the presentation of one’s self. The Garner Usage Guide has noted that gender has shifted from being interchangeable with sex to “denot[ing] the social and psychological distinctions between men and women.” The Oxford English dictionary concurs, defining gender as “Either of the two sexes (male and female), especially when considered with reference to social and cultural differences rather than biological ones . . . is also used more broadly to denote a range of identities that do not correspond to established ideas of male and female.”

So, for our purposes, gender is the way one presents oneself and the way they’re perceived, while sex is down to the genitals and secondary sex determiners (and even that is oversimplifying things!).

Sexuality and sexual orientation, for our purposes, refer to both the capacity to be attracted to someone physically as well as the type of person they are attracted to.

Accepting who you are and being proud of it. ❤️#WriteProud #PrideMonth pic.twitter.com/jCV7OPDBfi

Transgender/Trans- : Trans is not a noun, but rather a modifier. It indicates that the person identifies as a different gender than the one assigned at birth. People who are transgender may refer to themselves as trans men, trans women, and/or simply a trans person. Its position as a modifier is key: while trans is added, the important words here are man, woman, and person. If someone identifies as a trans woman, she is a woman first.

Note: “Transgendered” is not an appropriate spelling of this modifier. As GLAAD notes, using “transgender” instead “brings transgender into alignment with lesbian, gay, bisexual, and queer. You would not say that Elton John is ‘gayed’ or Ellen DeGeneres is ‘lesbianed,’ therefore you would not say Chaz Bono is ‘transgendered.’”

Cisgender/Cis- : A modifier that refers to a person who identifies with the gender they were assigned at birth. For example, a cis man was born with male genitals and identifies as a man.

Nonbinary/Genderqueer: These words are used by some to indicate that they do not identify as a man or a woman. The terms were both introduced in the early ‘90s to give a name to the feeling that one does not belong on either side of the gender binary, but rather somewhere in the middle of a spectrum. The terms genderfluid and agender also fall under this umbrella. Sometimes, these folks use gender-neutral pronouns. Read more about gender-neutral pronouns here.

Preferred pronouns: Maybe you’ve come across someone who introduces themselves by saying “My name is ____, and my preferred pronouns are [she/her, he/him, they/them].” They may also indicate these pronouns on their social media. This helps folks indicate the way they identify in a short and easy way. When folks state their pronouns, it’s considered common courtesy to refer to them by those pronouns.

LGBTQIA+: As more folks feel comfortable talking about their gender and sexuality, this acronym continues to expand. To complicate things, both gender and sexuality are used in the most updated and complete version. Here’s what’s meant by each letter in the current iteration:

L: Lesbian: A woman who is interested in other women.

G: Gay: A man who is interested in other men.

B: Bisexual: A person who is interested in people of their gender and at least one other gender.

T: Transgender: An adjective used to describe a person who lives as a different gender than the one they were assigned at birth.

Q: Queer: Queer can be used to apply to any sexuality or gender identity that isn’t heterosexual or cisgender. However, some may still consider this a slur, so only use this word to apply to a person if they use it themselves.

I: Intersex: Someone born with both or a combination of reproductive organs, primary sex organs, chromosomes, hormone levels, and more. Read more about people who are intersex here.

A: Asexual: Someone who does not experience sexual attraction and/or does not want to engage in sexual activity.

+: Everything else! This includes pansexuality and all parts of the asexual and aromantic spectrum.

As you can see, this acronym folds in all of those who differ from a cisgender, heterosexual experience. Here, the L, G, B, and A explicitly refer to sexual orientation.

If you’ve seen a movie about an LGBTQIA+ narrative in the past twenty years, chances are you’ve seen a coming-out story. Someone is “in the closet,” meaning that they have not told anyone they’re gay (and in most popular movies and TV, this character is usually a gay man). Their “coming out” usually involves an approving or disapproving friend, lover, or family member, and lots and lots of tears.

But coming out doesn’t have to be a sit-down conversation with your parents over tears (though that’s valid!) or a reveal to the best friend you have a crush on.

Especially in our current age of social media, coming out to your friends can be as simple as posting “i’m gay, lol 🏳️‍🌈” as the caption for a selfie on your finsta (no, really). It can be as vulnerable as the act of coming out as trans by putting your preferred pronouns in your social media bios, or several small acts of coming out by wearing a sticker or pin to networking functions with those pronouns on them.

If one of your friends signifies that they’ve come out, but they don’t come out directly to you, don’t take it personally. They’ve chosen to reveal an important part of themselves in the way they feel most comfortable.

How to talk about gender and sexuality

While the amount of information may seem daunting, there are a few keys to making sure you treat folks in the LGBTQIA+ community respectfully.

Seek out publicly available information. Check out their Twitter and Instagram bios. What information do they offer there? If it’s not there, they probably don’t want you to know, and it probably doesn’t matter when interacting with them.

Ask for clarification. Not sure of someone’s pronouns? Ask: What pronouns do you use/prefer?