How to Use Gender-Neutral Language at Work and in Life 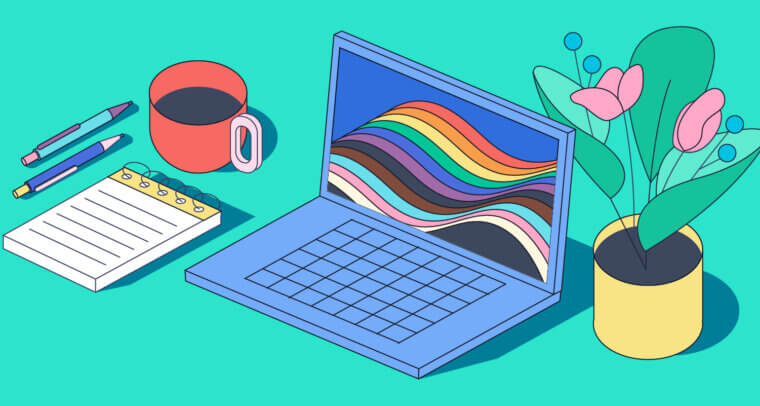 Every day, we make thousands of decisions, including what to wear and eat and how to handle little problems or unexpected moments that pop up. The way we speak introduces more of those choices.

But, unlike many of the other decisions we make, the way we use language can significantly affect those around us. Language can make people feel respected, or it can make them feel excluded, and it’s all in the way we choose to use it.

That’s where gender-neutral language comes into play. Here’s what you should know about it, and how to work it into your daily life.

Keep your writing inclusive
Grammarly helps you communicate with respect

What is gender-neutral language?

Gender-neutral language is simply a way of talking about people without assuming their gender. For example, it’s referring to someone you don’t know as “they” rather than using the pronoun “he” or “she,” or addressing a group as “everyone” rather than saying, “Hey, guys.”

Luckily, the English language is relatively gender-neutral in many respects. For instance, many nouns (think: “writer,” “president,” or “acrobat”) are gender-neutral. However, that doesn’t mean that gendered language is uncommon. In fact, gendered language has been a part of our lexicon for a long time. (The United States’ Declaration of Independence even proclaims that “all men are created equal.”) So you may not realize when you’re using gendered language, even as it shapes how you see the world.

Using gender-neutral language is an important habit because it demonstrates respect for people of all backgrounds, genders, and beliefs, and it includes everyone in the conversation. This is an especially helpful way to show support for members of LGBTQIA+ communities. And while not everyone finds the language people use about them important, it’s best to land on the side of using inclusive and empathetic language.

How to use gender-neutral language in the workplace

One of the common areas where gendered language may appear is in an office or a workspace. For example, a professional email may start with a form of address, like “Mr.” or “Mrs./Ms.” However, if you don’t know the recipient’s preferred pronouns, the one you select may not align with their gender identity. So when in doubt, choose a gender-neutral alternative, like “Mx.,” or use the person’s full name without a title. If you’re not familiar with the person you’re addressing, you can address their profession or group without noting their gender, such as “Dear Professor,” “Dear Members of the Board,” or “Dear Hiring Committee.”

While many English words are naturally gender-neutral, some still carry gendered connotations. So it’s also important to pay attention to your language in less formal conversations, like those with coworkers over Slack. Here are a few examples of the types of words that may be common in the workplace, as well as alternatives to use instead:

How to use gender-neutral language in everyday life

There are many things you can do to work inclusive, gender-neutral language into your daily routine. For example, when being introduced to someone, you can give your pronouns and ask for theirs.

It’s also a good idea to explore your own language biases. For instance, you might naturally think of non-gendered words, like “doctor” or “teacher,” as inherently male or female. Similarly, using the phrase “he or she” as a way to avoid gendering a person might seem OK—but it’s important to recognize that this excludes nonbinary individuals. That’s why a better alternative is the singular “they,” which includes everyone. It might take time to get into the habit of substituting “they” for a gendered pronoun, but being aware of the language is the first step.

Note: It can also be a good idea to use the gender-neutral “Latinx” instead of “Latino” or “Latina” when referring to people of Latin American descent. But, as with English pronouns and identifiers, it’s important to go with the preference of the individual when you use it as a singular noun.

For reference, here are some common instances of gendered language that can pop up in everyday life, as well as corresponding gender-neutral alternatives:

How to create muscle memory for gender-neutral language

It can feel awkward or forced when you start implementing gender-neutral language. That’s normal. The important thing is to keep at it so that it has a chance to become a part of your everyday communication. That way, you’ll not only be able to use inclusive language but also be better able to perceive the world in those terms. Here are five other things to keep in mind along the way.

1 You’ll probably make mistakes. That’s OK, as long as you acknowledge them and keep trying.

2 People may question your new use of language, so you should be ready to explain why it’s important.

3 Having an accountability partner can help you continue incorporating gender-neutral language into your vernacular.

4 Be open to feedback. Using gender-neutral language is a learning experience, and some people may be more comfortable when you use certain language to describe them or talk to them.

5 Language is always evolving. Be open to changes that reflect our ever-shifting cultural lexicon.

14 Ladies and gentlemen → Folks, everyone

15 The common man → The average person

There are so many opportunities for gendered language to seep into your lexicon, even if that isn’t your intent. So it can help to have a tool that’s designed to find and update those instances. Grammarly both identifies and flags some gendered wording, and even suggests alternatives.

Whether you’re just now adopting gender-neutral language, or you’ve been using it for years, Grammarly’s sensitivity suggestions can help your writing be both inclusive and up-to-date.