What Does Fyi Mean?

Some abbreviations have gotten a second wind with the proliferation of online communication. Fyi is one of them—it was born decades before the Internet was invented, but it really took off when everyone started using emails.

The Meaning of Fyi

Fyi is an abbreviation for the phrase “for your information.” The term can be traced back to the 1930s, when it was used by journalists to indicate that the messages they sent by wire—or parts of the messages—were for the eyes of the person receiving the message, not for further publication. 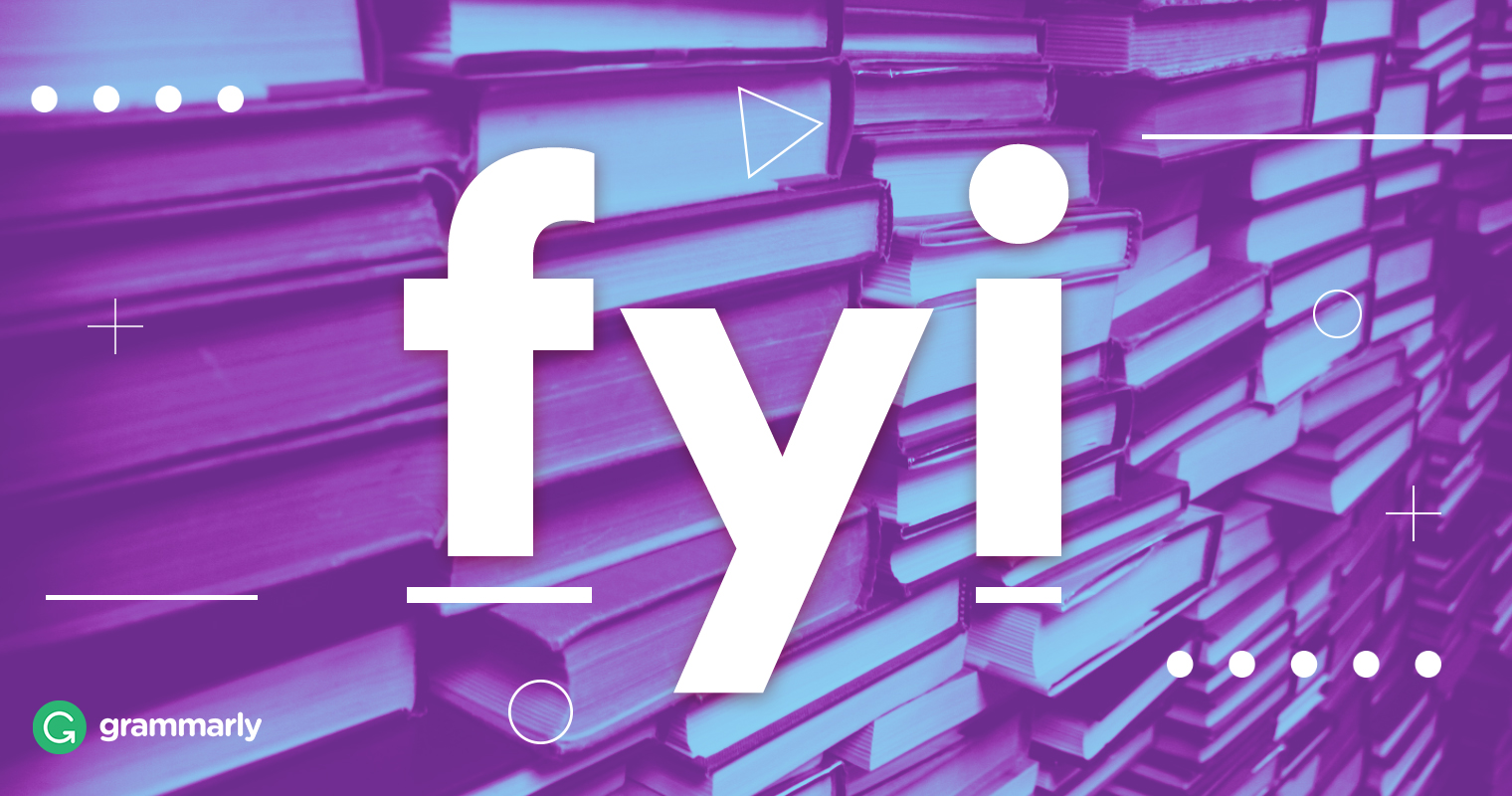 How to Use Fyi

Fyi is commonly used, even in professional communication, to indicate that a message or a part of a message is for informational purposes only and doesn’t require any action. This is why you’ll often see fyi in email subjects.

In formal situations, and especially in email subject lines, it’s a good idea to write fyi in all caps—it looks a bit more professional. If you’re using the abbreviation if informal conversations, you can still write it in all caps, but you don’t have to.

FYI: A new study shows pictures of kittens reduce stress.
I was late for the recital, and fyi, the school was the third bus stop after the mall, not the fourth.
.