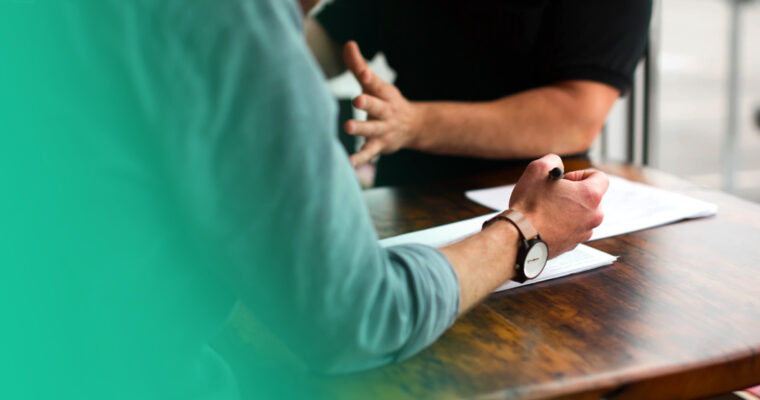 Whether or not you’re a medical professional, you’ve probably heard of the well-known guiding principle for doctors, “Do no harm.”

Other business ethics guidelines include “Make things better,” “Respect others,” or “Be fair.”

Those principles, or versions of them, are probably enshrined in your company’s code of conduct and talked about in gushing copy on their investor reports or websites.

But what does it look like when business ethics are violated? And how can you identify and speak up about ethical issues at work?

A marketing associate sneaks reams of paper into their briefcase to take home. A division manager asks her financial analyst to fudge some numbers for a client report. A sales exec pressures his assistant to meet with him in his hotel room. A receptionist uses a sick day so he can go to the music festival his boss didn’t approve PTO for. A recruiter passes on résumés with names she can’t pronounce.

Which of these count as ethical issues?

All of them, in some way or another.

Ethics violations can manifest as unethical leadership, like manipulating figures in a report or exerting power to pressure employees to do something that makes them uncomfortable; toxic workplace culture, which can include bullying or disrespecting coworkers; discrimination, which manifests as harassment based on race, ethnicity, gender, disability, or age; or misuse of resources, like stealing office supplies, using work computers for private business, or paying for out-of-work needs with the company card.

What should you do when you spot an ethical issue?

1 Acknowledge that the issue exists

First, don’t rationalize it away. Don’t think “this is business as usual” or “this isn’t a big deal.” If you see something that makes you feel uncomfortable, it’s probably because it’s violating the morals and principles by which you try to live your life, and unless you’re a true narcissist with absolutely no concern for the well-being of others, those principles are worth listening to.

2 Assess the scope and severity of the problem

Next, understand what’s at risk, both for you and your company. If you’ve noticed your cubicle mate tucking extra granola bars from the snack pantry into his backpack, your spidey sense of “stealing from the company is not good” might be tingling, but what’s the potential bad outcome? A monthly food budget that’s $4.99 higher? It’s not that he’s not committing an ethical violation, but it might not be worth reporting.

When considering whether or not something is worth reporting, you should consider the repercussions you’ll face—both if you choose to report it, and if you choose not to report it and later the issue comes to light.

In a world where we’re dependent on our jobs for things like healthcare and having a place to sleep at night, it might not be worth risking your security for the security of the company. (Is that granola bar fiend and cubicle mate also your supervisor, for instance?) That calculus starts to change as the risk to the company, employees, or its customers goes up, in which case you may feel a true moral imperative to report, regardless of the repercussions you may face.

In those more drastic situations, you should also realize that you could very well face negative consequences if you choose not to report and someone later finds out you were aware of the issue but said nothing.

3 Determine who to talk to

Once you’ve defined the harm and decided it’s worth bringing up, it’s time to figure out who to talk to about it. If it’s a smaller issue, consider talking to the perpetrator themselves, and do so in a non-accusatory way.

May I suggest, “Markus, what’s up with all those granola bars?” See if you can better understand the situation at hand. If it really is an ethics violation, see if you can get the person involved to change their behavior.

If the violation is a bigger deal, consider bringing it up with your supervisor. Say something like, “I see X happening and it worries me. Does this worry you, too? If not, can you help me see why?” Try to understand their perspective and ask yourself if they’re being reasonable and you just missed something, or if they’re rationalizing away the flag.

If your boss is involved in the issue itself and you don’t feel comfortable bringing it up with them, or if it’s a severe issue that puts people at risk, you may want to go straight to Human Resources.

If you have a reporting hotline, you can use that, or you can speak to your HR rep in private. Consider your own safety throughout the process. Just because a company has a “No-Retaliation” policy doesn’t mean it will always be followed, so there’s no shame in reporting anonymously if that option is available to you.

Document your findings, if you can, to better protect yourself from any whistleblowing repercussions.

(And for truly severe issues that affect the health and safety of others, make sure you familiarize yourself with your rights in accordance with OSHA’s Whistleblower Protection Program. )

If you’re a supervisor, what can you do to encourage your employees to report ethical issues?

Address those issues head-on by having an anonymized reporting function, which can be a hotline callable from any number or a survey administered on a regular basis by a third party, and by showing follow-through when issues are reported.

When possible, be transparent with your team when issues come up, and give regular updates at company-wide meetings as to how systems and processes are changing to better prevent past issues from coming up again. Thank employees who flag issues and encourage them to keep doing so.

And when in doubt, keep it simple: channel your inner medical resident and do no harm.

This article originally appeared on PowerToFly’s blog. PowerToFly introduces women and underrepresented minorities to executives and hiring managers at top companies. Sign up to get invited to live or virtual events, to meet people who can elevate your career, and much more.

How to Make Yourself Sound Better on Your Résumé

Why You Should Always Be Looking for Work