7 Reasons to Love the English Language 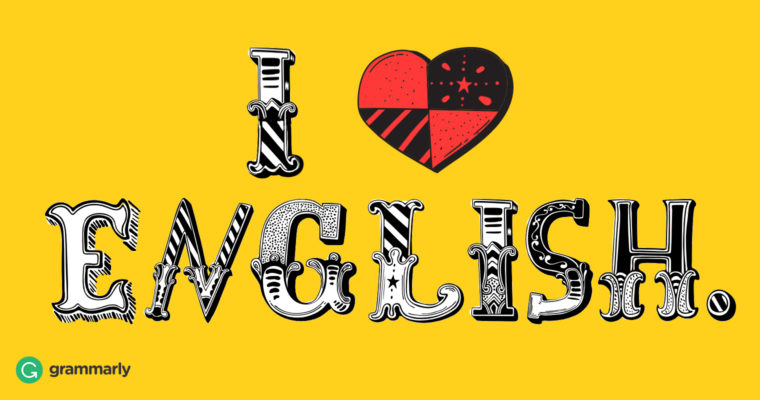 Even if English has been called “a bastard tongue” by many, I still love it. Complex, creole, and occasionally confusing, English is a language that has borrowed and stolen some of the best elements of other languages to make something all its own. Who couldn’t love the language that gave us hilarious-sounding words like “wabbit” and “nagware”?

And with 1.5 billion active speakers, it’s also one of the most widely adopted languages in history. Because of this, I want to take a moment to honor all of the quirks that make English the cutie nerd of every English-speaking logophile’s dreams. Here are some fun facts I’ve cultivated over a twenty-six-year love affair with everything English.

1 The English language is always growing.

Yes, it’s true. The English language continues to grow at a breakneck pace. Don’t believe me? Check out the OED’s Twitter account to see how many words are added to the dictionary each year.

2 Shakespeare had a hand in its development.

April 23 is Shakespeare’s birthday, as well as the UN’s English Language Day. What a coincidence! It’s almost like Shakespeare is the father of the English language.

3 English spelling is a glorious mystery, even to its native speakers.

Irregular, inconsistent spelling is one of the things that separates English from many other languages. Languages like French and German, which are closely related to English, generally follow a set of rules when forming different verb tenses, for example. English has so many irregular verb forms that they are almost a rule all on their own.

Generally speaking, English is a very efficient language that takes fewer characters than many other Roman-alphabet languages. However, that doesn’t mean English is devoid of lengthy words! Some of the longest words in English might surprise you. For instance, did you know “strengths” is one of the longest monosyllabic (one-syllable) words in English?

On the flipside, English has many one- and two-letter words. Often, these “little words” are articles or conjunctions, but once again, there are a few suprises!

6 There are multiple dialects.

Another spelling conundrum English presents is its obsession with creating different spelling rules for different dialects. Just ask any British, Canadian, American, Australian, Indian, or Nigerian English speaker how to spell “city center.” You’ll get at least two different answers (due to different allegiances to British and American spellings), or possibly three!

7 English is old. Ancient, in fact.

Although Shakespeare is credited with coining a large number of words we now use in English, the language predates him by hundreds of years. In fact, researchers have found that some words in English have remained completely unchanged for thousands of years! Even though it has kept some of these very old words, English has also added new ways to express emotion, meaning, and scientific facts. Clearly, the English language is like a fine wine—it gets better with age.

Did I miss one of your favorite anglophone facts? Let me know below!