Are You Sending Emoji or Emojis? 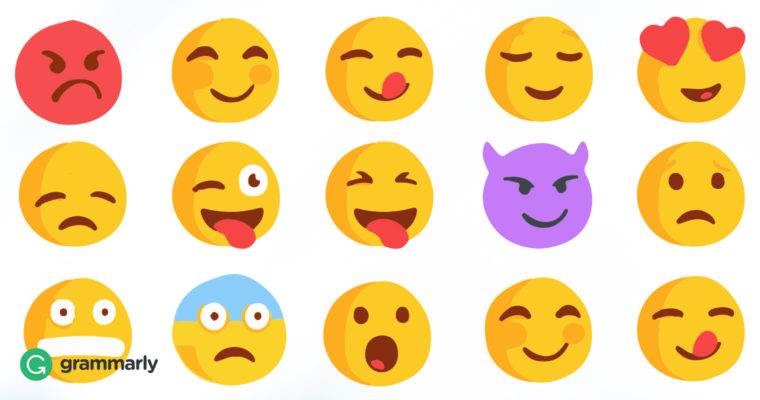 What do you call those tiny pictures we all use in texts and chats? Do you opt for the Japanese-inspired “emoji” or the English-focused “emojis”?

The debate between these two pluralizations of emoji has been raging for almost as long as emojis have existed. To quote Bustle writer Lucia Peters, the answer to this question is both “incredibly simple and unexpectedly complicated.”

The Associated Press took a hard stand on this issue in March 2013, making it one of the first style guides to draw a line in the sand in favor of “emojis.” Since then, major publications like The Atlantic and The New York Times have mostly adopted this spelling as well, and the emoji-tracking dictionary Emojipedia has officially supported the “-s” pluralization for ease of use. Although neither spelling is technically incorrect, “emojis” follows the normal inflection pattern of English nouns, giving it a slight advantage over “emoji.”

The discussion of emoji pluralization is both simple and complex, but, simply put, English usually makes plurals using English plural rules. To quote Mark Allen, a board member of the American Copy Editors Society, “When words enter English, we usually make them play by our rules, so I think ‘emojis’ has the edge. A corollary might be the Japanese word ‘tsunami.’ We’re more likely to speak of ‘a series of tsunamis’ rather than ‘a series of tsunami.’”

Where Does “Emoji” Come From?

The word emoji comes from Japan, where the tiny, emotionally expressive pictures have existed since the 1990s. Emojis were created by Shigetaka Kurita, a Japanese pager and cellphone designer who was inspired by Japanese kanji and the preexisting kaomoji to create a new form of mobile expression.

While emojis first conquered Japan’s cellphone market, emoticons got their start in the United States. Carnegie Mellon professor Scott E. Fahlman is widely credited with creating the smiley face emoticon when he used it in a 1982 email. Years later, he took issue with emojis, declaring the tiny faces and objects “ugly.” Emojis came to the United States in 2011 when Apple released iOS 5 and truly internationalized a subset of the symbols. But although Apple debuted emojis in the United States, they had already been formally accepted by the computing industry a year earlier, when Unicode Standard version 6.0 added hundreds of emojis to the world’s standard for coding written characters.

When emojis were exported to the United States, the debate about their name began. In Japanese, the answer to this question is simple, since the plural of emoji is simply emoji. This is why some purists insist on a group of “emoji,” but they are probably the same pedants who insist on a string of “tsunami” and a series of “virtuosi.” However, as Allen pointed out, English has a long history of pluralizing words from Japanese according to its own rules.

For the sake of utility, it’s probably easiest for English speakers to agree on “emojis” as the plural of “emoji.” However, the Oxford English Dictionary, Merriam-Webster Dictionary, and others have long listed both “emoji” and “emojis” as options. Even the AP Stylebook has softened its stance on the issue: although the guide came out strongly on the side of “emojis” in 2013, this year’s update added “emoji” as an acceptable plural.

Of course, emoji isn’t the only loanword that suffers from plural confusion. Many Japanese words have difficult or inconsistent plurals in English, as do many loanwords from other languages, most notably Italian and Latin. Ever tried to figure out the correct plural of “ignoramus?” You’ll understand the loanword irregular plural struggle.