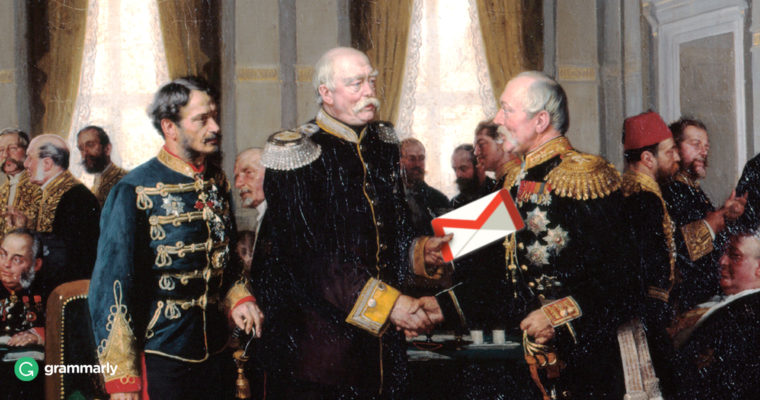 Since the early days of AOL (“You’ve got mail!”), I’ve spent countless hours in the email trenches working in jobs that ranged from customer service rep to online community manager to managing editor to PR representative. I’ve done the math, and even estimating at an ultra-conservative ten emails per day over twenty years, I’ve sent at least 73,000 emails. Those experiences, both good and bad, taught me what to do and what not to do. These days I’m an expert emailer who’s sent bulk email campaigns with 55 percent response rates. (In case you’re wondering, that’s pretty darn good.)

In my experience, there are five email etiquette breaches so egregious that they belong in the Bad Email Hall of Shame category. Let’s start with them.

Email faux pas—we’ve all made them. Sometimes we’re aware a split second after we hit Send and shout “No!” wishing we could take it back.

Here’s a tip: If you’re a Gmail user, you can take it back. Here’s how.

When I worked as a video game journalist, there was a public relations rep who became infamous for sending a PR email to a huge list of journalists using CC, which revealed every one of those journalist’s carefully guarded email addresses. The journalists then gleefully used Reply All to host a threaded conversation mercilessly taunting him.

Don’t use CC for mass emails. Trust me. You really don’t need that kind of notoriety.

Here’s a tip: If you regularly need to send bulk email, use a bulk email platform like MailChimp or Constant Contact.

2 Hitting Reply All when you should hit Reply

Reply All is a handy feature when there are more than two people who need to be involved in a conversation, but be careful. I was involved in a group email where one member replied, thinking she was emailing only me, to admit she had a crush on another member of the email group. She accidentally used Reply All. In this case, the subject of the crush was flattered. But . . . your accidental Reply All may not result in a fairytale ending.

3 Assuming email is private and confidential

Anything you write in an email can be shared, whether intentionally or accidentally. (See above.) Don’t say things in an email, especially in the office, that you wouldn’t say publicly. And especially don’t write anything that could come back to haunt you. Emails may even be admissible in court.

Sometimes you just want to tell someone off. We’ve all been there. And it can be much easier to put those feelings in writing rather than have a difficult face-to-face conversation. But resist the urge. Angry emails raise the recipient’s defenses, and that’s not productive.

If you must write an angry email, either don’t add a recipient in the To: field or write it in your word processor, where you won’t be tempted to hit Send. Then let the draft sit for twenty-four hours. Odds are good you’ll have calmed down when you come back, and you’ll be able to offer clear-headed feedback rather than blistering invective.

5 Not getting to the point

I don’t know how many times I’ve read a rambling email only to wind up thinking, “Okay, but what does this person want from me?” For the love of all things electronic, don’t use email as a means to do a brain dump. Instead, do your brainstorming before you write the email. Then, decide what your objective is—what are you hoping will happen as the result of sending this email? Write a brief, clear message with that in mind. If the goal of your email is to persuade, style it as an elevator pitch.

Now that we’ve addressed email’s most outrageous offenses, let’s look at some guidelines for email etiquette that will always leave you looking like a polished pro.

1 Use a descriptive subject line

Save your cultivated air of mystery for vaguebooking on Facebook. (Okay, you shouldn’t really be doing that either.) Assume everyone you write to has a flooded inbox, and use your subject line to describe the contents of your email so the recipient will know right up front why your email should be a priority.

2 Don’t type in all caps

In Internet terms, typing in all caps looks like shouting. Need further incentive to lay off the caps lock? You may trigger spam filters.

3 Lay off the exclamation points

I know you’re excited! Seriously!!! But you can convey excitement without exclamation points. (Golly gee! Save those for when you’re really exclaiming.) Exclamation point mania is another spam filter trigger, so use them sparingly and never, ever two or more at the end of a sentence. Unless you’re a preteen. Then have at it.

The ideal email is brief and gets directly to the point. Write emails like that and everyone will love you and you’ll be super popular. (Okay, maybe not. But at least no one will complain about your annoying email habits.) If your message is complex, with lots of moving parts, consider writing a detailed brief and attaching it as a Google Doc or pdf. But . . .

5 Ask before you send attachments

These days, we’re all wary about opening email attachments, even from known sources. And we have good reason to be. If you must send an attachment, give the recipient a heads-up to let them know it’s coming.

6 Use the auto-responder sparingly

Vacation auto-responders are fine. (Just don’t forget to either have them turn off “automagically” or turn them off manually when you get back to the office.) But auto-responders saying things like “Hey, I got your email. I’ll get back to you soon!” are pointless. They might also let spammers know they’ve reached a valid email address—double trouble!

Unless you know the recipient very well, and this is a style you’re both accustomed to, don’t begin professional emails with greetings like “hey” or “yo.” “Hello” or “hi” are usually fine. Use “dear” in formal business correspondence.

Keep it classy. Here are some best practices.

9 Use humor with caution

A well-timed bit of humor can make an email memorable. It can also sink it like the Titanic. You may think you’ve served up a clever quip, but your wit could be lost in translation. Save the funny stuff for people you know well—they get you.

10 Don’t be annoying with follow-ups

Avoid sending a barrage of follow-up emails. If a contact isn’t responding and you really need a response, consider making a phone call if that’s possible. In all other matters, if your carefully crafted follow-up doesn’t get a response after one or two tries, assume the recipient isn’t interested.

11 Be careful what you forward

There are cases when it’s fine to forward an email—if the sender reached the wrong contact or you need to add someone to the conversation, for example. But don’t forward sensitive or confidential emails. If you have any doubt that the sender would want the conversation shared, ask permission before you bring someone else into the loop.

In a Grammarly poll, 67 percent responded that typos in work emails are a no-no. To avoid looking like you lack attention to detail, proofread thoroughly before you hit Send. No one ever regretted spending a little extra time polishing their writing.

Have you made any embarrassing email faux pas? Do you have any email etiquette gripes? Share a comment below.