9 Tips for Effective Communication in the Workplace 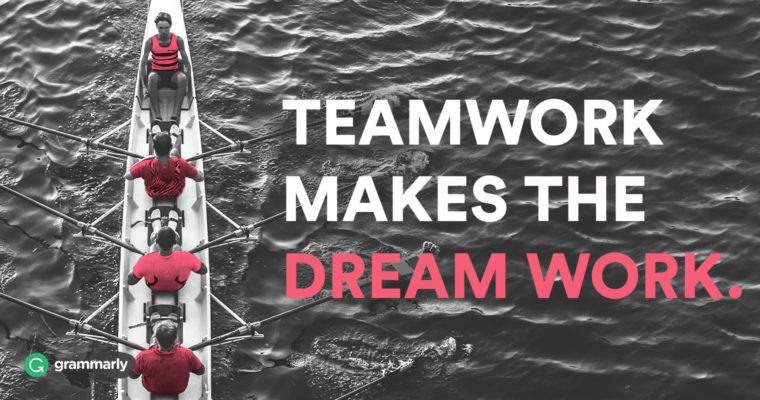 Workplace communication shouldn’t be this difficult.

Your team is mere days out from releasing the project you’ve all been agonizing over for weeks. There have been flurries of emails and messages, presentations, a legal review, and an afternoon of confusing discussions leading to charts drawn on whiteboards with markers that turned out not to be dry-erase. Oops.

Above all, there have been meetings—so many meetings. There was the quick daily kind where people said what they were working on, or more often sidetracked by. Then there was a punishingly long session involving dozens of slides about user metrics; by the end of that one you were quietly daydreaming about taking up kickboxing lessons.

Still, all those rambling discussions and endless email threads somehow failed to avert a looming fiasco. Now no one seems to be on the same page, and your deadline is ticking relentlessly closer. What you have here is an abject lesson about communication in the workplace—or lack thereof.

How effectively you and your colleagues communicate says a lot about how well work is going more generally. It’s hard to get things done efficiently when no one has a clear plan. People can flounder when they don’t see a good way to discuss fresh opportunities—let alone unforeseen challenges.

That’s why we’re here with a few tips to improve your communication skills in the workplace.

Select the right tool for the job

Emails may be de rigueur, but they’re also easily buried. Video conferences add a humanizing touch if someone’s working remotely, but they can be unwieldy. Basic phone calls are sometimes underrated, but you’ll often want to schedule in advance, or at least start by asking whoever you’re calling if it’s an okay time to talk.

The advantage of real-time conversation is how much it can clarify in a short amount of time while saving both parties a huge amount of typing back and forth. Be judicious about lining up meetings with multiple parties; this can easily become a chore, so you have to expect a worthwhile return to justify the effort.

As with work, which Parkinson’s Law states will expand to fill as much time as is allotted for it, so too with meetings. Set a time limit and an agenda. Budget how long you’ll spend on each item before moving on. The idea here is to respect your participants’ time, so communicate transparently about this; doing so will help you avoid seeming overly brusque as you shepherd things along.

For one-on-ones, take it offline

Potential rabbit holes abound in any discussion—and some might be worth following up on, at least among a subset of participants. For instance, if your designer realizes a new template that’s getting the go-ahead will soon require updated text, then she and her trusty copywriter can discuss those details after the meeting—not while the dev crew looks on and tries not to yawn. A handy turn of phrase for situations like this: “Let’s take it offline.”

It’s okay to repeat yourself sometimes

If something matters, it’s usually worth repeating.

Sometimes when dealing with complex subjects or ongoing processes, it’s helpful to remind people of the basics. You don’t have to belabor it. Consider this quick example:

“All right, this conference call is to update key players on prototyping. We’re trying to manufacture a better dog bed by fall, ahead of holiday sales, so we have a lot of work to do in terms of optimizing drool resistance. On the call last week, Susan informed us the supplier anticipates an eight-week turnaround. That means we need to settle on dimensions this month. Let’s talk about next steps. Who’s first?”

This quick recap falls well short of a lecture while still accomplishing a lot:

That last part will bear repeating later, but in the meantime, if your preamble has saved someone an awkward question or confused email, it’s done its job. And if you’re worried about spending too much time retracing your footsteps, just ask if you should skip ahead; your colleagues might surprise you by saying no.

It can also help to devise new ways to spell out key ideas—using different words or possibly different channels of communication, like a follow-up email that crystallizes the main takeaways from a meeting and who’s in charge of key action items going forward.

Alex Blumberg, the radio journalist-turned-entrepreneur who founded Gimlet Media, told Tape that despite his many years as a professional communicator, it took awhile to recognize the significance of helping coworkers understand:

When people say the same thing, it has different resonance, comes from a different place or means different things to different people… A big part of my job now is saying the same thing a bunch of different ways just so people understand where it’s coming from. If you just say it once, there’s no guarantee that people heard it the way you said it.

In other words, if something is important enough to bear repeating, it’s likely also worth rephrasing.

Especially with technical matters, restating key ideas can also help you make sure you properly understand something new. If there’s time, try asking the person explaining it if you can restate their point in your own words, and ask if you’re getting it right. If there’s an important detail you missed, this is a good opportunity to get help grasping it.

Intentionally or not, how you comport your body communicates a lot. For instance, do you appear closed off with your arms folded, or actively engaged, say by talking with your hands? It’s worth considering, lest you send the wrong message with your posture or facial expression.

Maybe as a colleague concludes a presentation and looks around the room, you seem to glower—not because the presentation was bad, but because you’re lost in thought. In moments like this, it’s sometimes worthwhile to explain yourself: “That wasn’t bad at all, I just need a moment to process. Let’s circle back in a moment.”

It’s not unheard of for people to meet for an hour, raise a series of worthwhile questions, ponder potential answers, resolve nothing, and then realize it’s time to leave for another meeting. This is where follow-up notes can help ensure whatever headway you might’ve been making doesn’t just vanish out the door.

If you can avoid sending lengthy emails to long strings of recipients, it’s probably for the better. But if you must, you might also include a tl;dr (“too long; didn’t read”) that briefly encapsulates the highlights. Put it at the top so that guy in logistics who only seems to skim will at least lay eyes on the essentials.

A quick word of thanks or a well-timed smile can go a long way toward helping your officemates feel appreciated and understood.

If that makes people want to talk with you more, well, isn’t that what better workplace communication is all about?