What Is Direct Characterization in Literature? 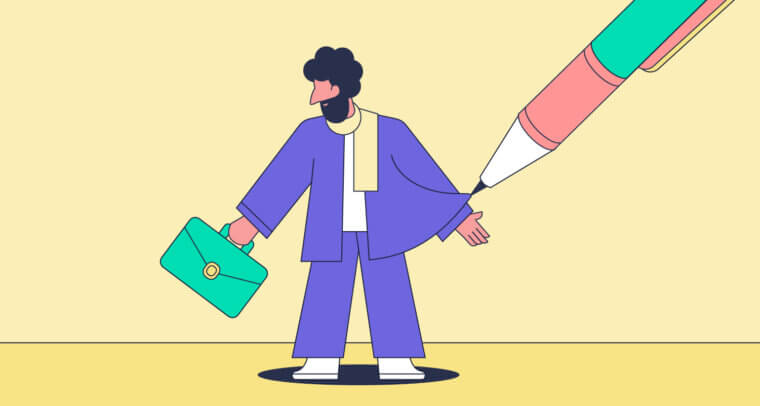 What is direct characterization?

Direct characterization is a type of literary device used to tell conclusive details about a character to the reader with little or no ambiguity. The idea is that the author is stating a definitive fact about the character, as opposed to more subtle descriptions that leave some things up to the reader’s imagination.

Each author has their own direct characterization definition, depending on their style. However, for most narrative writing, it means using descriptive adjectives and phrases to paint a distinct picture for the reader.

Why is direct characterization important?

Direct characterization helps readers visualize a realistic character in their head. Good writers encourage the reader to add their own details, but some character aspects are necessary for the plot. Think of a character who uses their looks to manipulate people or one whose career as a police officer pits them against another character.

In these cases, direct characterization makes sure the reader has all the need-to-know information about a character. Other details that aren’t relevant can be left up to the reader’s imagination.

When should you use direct characterization?

In creative writing, direct characterization is most common during the first appearance or introduction of key characters, as a way to establish core details and give some background like their occupation or main motivators. After the introduction, the reader has a clear idea of who the character is (more or less) while moving forward.

For example, let’s say you have a character who doesn’t like children. A direct characterization example would take a straightforward approach. The author could state it clearly:

Old man Humphrey never liked children, even when he himself was a child.

Indirect characterization would take a more roundabout approach. The author could describe a scene that shows the character’s dislike of children through action or dialogue without explicitly stating it:

Old man Humphrey stiffened the moment the child came close. “Get out of here!” he snapped abruptly. “I’m sick of you kids trampling my lawn!”

Let’s take a look at some direct characterization examples straight from English literature so that you can see them in action. Look for the use of descriptive adjectives and phrases, as well as the definitive language that removes any confusion. Also pay attention to what the author chooses not to describe, leaving it up to the reader.

First, here’s an excerpt from Anne of Green Gables, the first of the famous series of novels by Lucy Maud Montgomery. It occurs early on in the novel and describes one of the key characters, Matthew Cuthbert. Notice how, in addition to a physical description, Montgomery also gives the reader some information about Matthew’s personality and internal motivations.

Matthew dreaded all women except Marilla and Mrs. Rachel; he had an uncomfortable feeling that the mysterious creatures were secretly laughing at him. He may have been quite right in thinking so, for he was an odd-looking personage, with an ungainly figure and long iron-gray hair that touched his stooping shoulders, and a full, soft brown beard which he had worn ever since he was twenty. In fact, he had looked at twenty very much as he looked at sixty, lacking a little of the grayness.

Another direct characterization example comes from Robert Louis Stevenson’s classic, The Strange Case of Dr. Jekyll and Mr. Hyde. It occurs in the very first paragraph of the story, meant to set up the character of Mr. Utterson, who acts as a stand-in for the reader as he watches Dr. Jekyll’s story unfold.

Mr. Utterson the lawyer was a man of a rugged countenance that was never lighted by a smile; cold, scanty and embarrassed in discourse; backward in sentiment; lean, long, dusty, dreary and yet somehow lovable. At friendly meetings, and when the wine was to his taste, something eminently human beaconed from his eye; something indeed which never found its way into his talk, but which spoke not only in these silent symbols of the after-dinner face, but more often and loudly in the acts of his life.

If you’re new to creative writing or simply want to refine your skills, here are three expert tips for using direct characterization.

Stating details plainly can be effective for communication, but it’s not very entertaining. To engage your readers, try peppering your descriptions with figurative language.

Figurative language works great for livening up an otherwise bland statement—it’s a natural counterbalance to a flat and dull description. However, don’t go overboard; too much figurative language can convolute your meaning, and the main goal of direct characterization is to be clear and straightforward.

The trouble with direct characterization is that it prevents the reader from imagining their own details. Using it too much is like spoon-feeding your readers instead of letting them participate themselves.

That’s why direct characterization is best used sparingly, reserved for the necessary details that impact the story. Indirect characterization, on the other hand, is great for drawing the reader in and getting them involved. You’ll want to use them both in tandem to find a happy medium between showing and telling.

Direct characterization often involves blocks of text—sometimes a single sentence, sometimes multiple paragraphs. While using them excessively can slow down the narrative action and hinder momentum, you can use them strategically in the right spots to build suspense and generate anticipation.

Try adding a bit of direct characterization to draw out key story points and prolong the tension. For example, if a character just drops a bombshell piece of dialogue, you can describe another character’s facial features as part of their reaction. This extends the exciting moment in your story and makes the reader want to know what comes next even more.