Delightful Ways We Refer to Groups of Animals in English 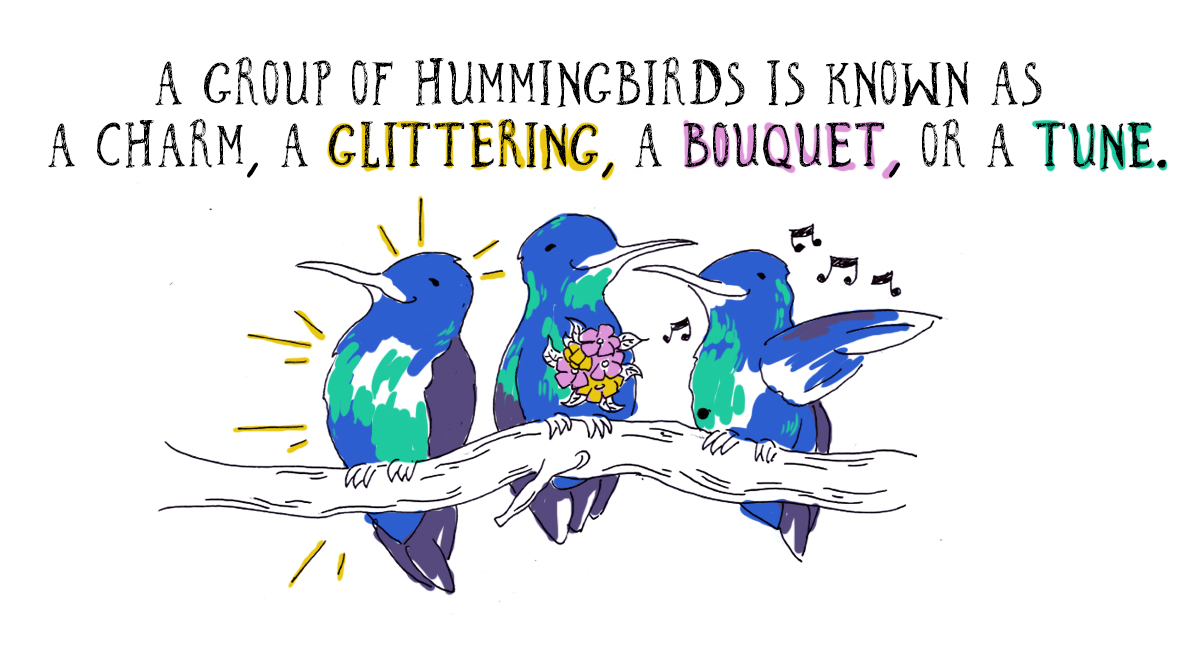 What is a congregation? If you said it is a group of people who gather together for religious worship, you are correct. It is also a group of alligators. Although alligators are not known to assemble for worship, they are social creatures. So it is not too far of a stretch to call a group of them a congregation, is it? Crows are intelligent birds that often live together in family groups. Breeding pairs of crows cooperate to build nests and raise their young. What name would you assign to a group of crows? Would you call them a murder? Some historians believe that crows earned this designation because of ancient superstitions that labeled the black birds as omens of death. Alligators and crows are not the only animals that have interesting group names. Can you imagine how each of the following groups got its name?

Did you enjoy reading these interesting group names? Why not track down the origins of the less obvious designations? Many of the names tell us something about the characteristics of the animal. For example, one bird called a teal is known to fly rapidly from its nest at the slightest disturbance. For that reason, a group of teals is called a spring. Which animal group do you want to learn about first?

WritingDid You Study Grammar In School?

WritingDo You Take Notes In Your Books?

WritingDo You Say "Fall" or "Autumn"?

WritingDo You Use Email Tools?

WritingDo You Use Productivity Tools to Work With Your Team?