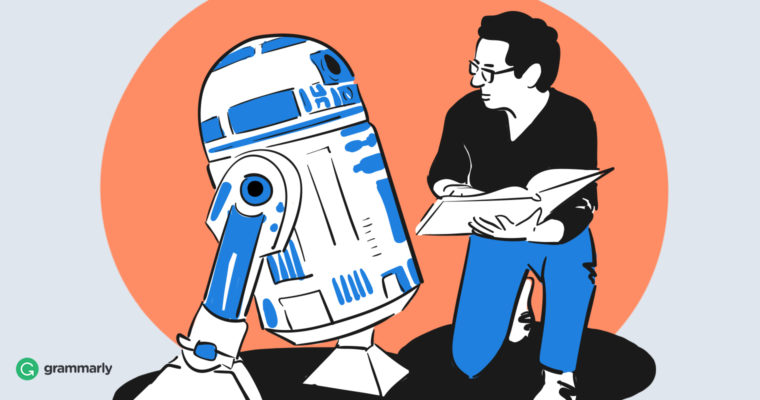 Oh yeah . . . and he rebooted two of the greatest sci-fi franchises of all time, Star Trek and Star Wars. No big deal, y’all!

If you’re ready to make your own creative mark on the world, listen up—JJ’s got some advice for you. Here are four tips on creativity from the “Spielberg” of this generation.

1 Emotional Connection Is Everything

I love larger than life, kind of spectacle moments. But what’s important to me is that the characters are at the center, that emotionally you know where you are, and you’re tracking characters that are taking you through those spectacular moments. And that to me is the most important thing, that balance of the intimacy with the spectacle and the sort of hyper reality.

JJ knows the bottom line: your audience has to care. If they’re not emotionally invested in what’s going on, it doesn’t matter how shiny or bombastic you make something. That climactic moment you worked so hard to create will feel hollow if it’s lacking an emotional core for your audience to connect with.

2 Be Open to the Best Idea

If you’re not open to the best idea, whether it’s a scene for a movie, an episode or a story arc for a series, you’re closed to the possibilities . . . to look at it like a job or a project that is delineated by the expectations, to me limits the possibilities. Some of the great inventions were not intended.

JJ likens the creative process to “driving in the fog.” You have “the big idea” of where a project is going, but you’re also giving your work the space to organically evolve.

The Lost character Ben Linus was originally written for a single episode. When actor Michael Emerson showed up (and was brilliant), the Lost creators realized the character could be far more important to the story, and Ben Linus became a central character.

Are you willing to scrap your original idea for the best idea?

. . . what I kind of learned early on is that your voice is as important as anyone else’s. You may not always be right and you shouldn’t be cocky about it but I felt that I needed to learn that the ideas that I had were as good as anyone else’s ideas. . . . That thing that you feel, if you really feel it, other people do too.

We all struggle with imposter syndrome and second-guessing ourselves. But if you’ve got an idea that excites you, don’t write it off. It may not always pan out, but if you don’t give yourself a chance, who will?

4 The Only Thing Stopping You Is You

You want to write? Make movies? JJ’s advice is to go do it!

I used to say . . . to someone who wants to write, “Go! Write! Do your thing.” It’s free, you don’t need permission. But now I can say, “Go make your movie!” There’s nothing stopping you from going out there and getting the technology. You can lease, rent, buy stuff off the shelf that is . . . just as good, as the stuff that’s being used by the . . . “legit people.”

. . . the technology has been democratized, everyone has access to the ability to be a filmmaker, and if you want to do it, the only thing stopping you is you.