What Is Circumlocution? Definition and Examples 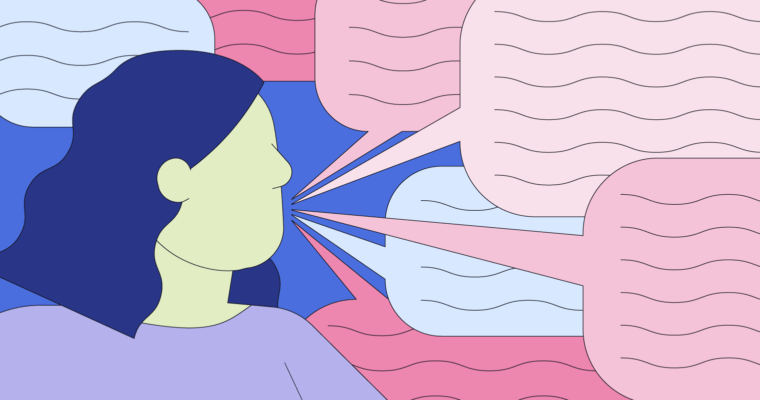 Wouldn’t it be great if every time we sat down to write, we knew exactly what to say and how to say it? Unfortunately, there are times when our brains need a few tries before they can organize our words clearly and succinctly. Sometimes our first, second, and even third drafts are full of unnecessary phrases, sentences, and tangents. This excessive use of language is called circumlocution. It’s a way of “writing around” a word, phrase, or topic. Most of the time it is accidental. However, circumlocution is not always a negative thing. If used skillfully, it can be an asset as a literary device that makes writing more descriptive or purposely elusive, or vague.

The definition of circumlocution is a way of writing something using more words than are necessary. It is the opposite of concision. A writer might use circumlocution to be deliberately obscure or to create vivid imagery.

For example, throughout the Harry Potter series, Lord Voldemort is referred to as He-Who-Must-Not-Be-Named. This title refers to the antagonist, introducing an air of danger and foreboding without having to elaborate.

3 reasons to use circumlocution

1 To create special imagery: Writers may use circumlocution to create long, flowery, descriptive passages. These passages don’t always get straight to the point, but they’re full of vivid imagery and detail that bring texture to the narrative.

Circumlocution is similar to amplification, in which a writer embellishes a sentence in order to emphasize or exaggerate certain points. Amplification is another kind of descriptive writing. However, it differs from circumlocution by being more direct and specific.

2 To avoid the subject: This kind of elusiveness can illustrate when a character doesn’t want to confront a subject head on; they might use circumlocution to take up space and distance themselves from the topic. This occurs often in politically charged writing. For example, in George Orwell’s Animal Farm, the pigs who run the farm steal food from the other animals:

For the time being it has been found necessary to make a readjustment of rations.

This is a circuitous way of saying, “We’ve stolen food,” and it’s a very circuitous way for Orwell to say, “Those in power are stealing from us.” Many examples of circumlocution can be found in political rhetoric.

3 To create ambiguity: If a character will get in trouble for telling the truth, then they might use circumlocution to create a misleading statement. For example, if a character doesn’t want to outright lie to his mother, he might tell her that he was just stepping outside for a breath of fresh air rather than admit he snuck out.

Too much circumlocution will tire out your reader. The best way to avoid inadvertent circumlocution is simple: Edit! It’s easier to spot circumlocution if the idea is already on the page. It can also be helpful to read the first and second drafts out loud. When writing that looks straightforward on the page sounds complicated when spoken aloud, it’s probably an instance of circumlocution.

Word choice: It can be easy to accidentally use circumlocution if you don’t know the word you are looking for. Think about the way we use Google to search for terms we can’t remember. You might type “machine that blows snow off the sidewalk” while looking for a snowblower. That’s circumlocution! We do the same thing while writing. Having a dictionary or thesaurus nearby can help you identify the right word.

Pause your writing: The standard advice given to writers is that “all writing is rewriting”—meaning that most first drafts are revised and rewritten many times before a final version is complete. And in that spirit, sometimes it’s best to just get words out and deal with them later. But that doesn’t work for everyone. If, for instance, you are working on an essay within a limited time frame—such as during a test or on a deadline—then your first draft might be all you have. In that case, take a moment to think about what you are really trying to say. Fine-tuning your message will help you avoid circumlocution and make your writing stronger.

Periphrasis and circumlocution are synonyms and can be used interchangeably.

Innuendo is an elusive or oblique remark; it is a way of saying something without saying it outright. Often, innuendo is used to suggest something sexual or disparaging. It is one form of euphemism, or an expression that softens uncomfortable topics. Innuendo is similar to circumlocution in that it does not describe the thing directly. However, it is not necessarily complicated or excessive.

Equivocation is a rhetorical way of speaking that is purposely vague with the intention of confusing or misleading the listener or making the argument so ambiguous that listeners think they are in agreement. Circumlocution is a roundabout way of speaking that can be confusing, but it does not deliberately hide meanings in order to advance an argument.

Tautology is saying the same thing twice. For example, calling something a “necessary requirement” is a tautology because all requirements are necessary. Tautologies are similar to circumlocution in that they use more words than are necessary. The difference is that tautologies typically use only one or two extra words and express the same idea twice. Circumlocution often uses many more words and does not necessarily repeat itself.

Examples of circumlocution in literature

“At the flats, the sun conspired with the salt to make a gas of brightness and heat pouring in all directions, its reflected rays bouncing up from the hammered-white ground and burning the backs of my thighs right through my leathers.”

The narrator in The Flamethrowers uses circumlocution to describe the heat while riding her motorcycle through the Utah desert. In this case circumlocution is used to create vivid imagery, amplifying the effect of the heat on her legs.

“‘Our present spiritual trouble is certainly greater than our economic trouble.’

‘But what Mr. Loop means, Brother Walker, is a man needs a little meat and taters to keep his morale up.’”

In this exchange at an unofficial town meeting, the Reverend Brother Walker suggests that the townspeople have lost their faith in God, while some of the other men think that money is the town’s main problem. The men use circumlocution to talk around each other, not wanting to offend each other yet not entirely agreeing.

“I said it seemed to me that marriages worked in the same way that stories are said to do, through the suspension of disbelief. It wasn’t, in other words, perfection that sustained them so much as the avoidance of certain realities.”

The main character of Transit uses circumlocution to describe her feelings toward marriage. She is not being forthright in saying that she and her previous partner believed different things. Instead, she leans on analogies and longer phrases, like “the avoidance of certain realities,” to make her point. In this instance the author uses circumlocution to soften the otherwise harsh language.

Circumlocution is a way of writing that uses more words than are necessary.

What is an example of a sentence that uses circumlocution?

When is circumlocution used?