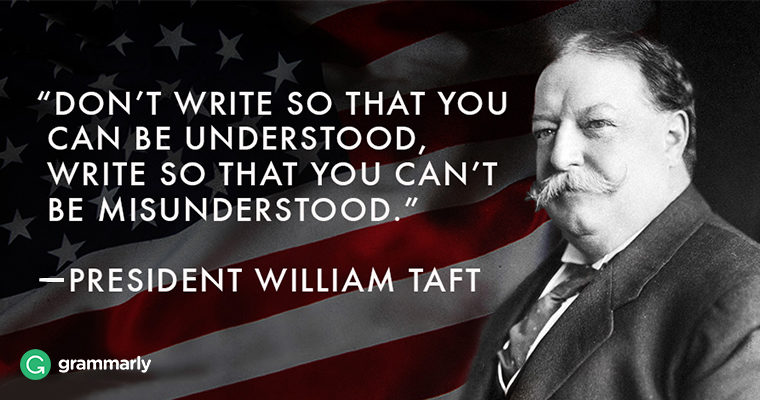 We’re back again with Grammarly’s monthly Q&A! This month, we’re tackling questions about may vs. might, mixing metaphors, and graduating (from) college. Read on for the answers to our readers’ burning questions, and don’t forget to check out April’s Q&A. Have a question of your own? Send it our way!

Everyone seems to be saying “it was so fun.” I know that is wrong but I cannot explain why it is wrong. —Christine

In formal contexts, the word fun is traditionally a noun and not an adjective. So you can safely say “our trip was full of fun” or even “our trip was fun.” But saying “that was a fun trip” or “the trip was so fun” will provoke a sniff or two of disapproval. In casual speech, however, the adjective form of fun is so common that most major dictionaries say (sometimes begrudgingly) that it should be considered standard, at least in informal contexts. There are a few possible reasons for the popularity of “so fun,” but one of the strongest may be that the adjective form of fun is both needed and useful. After all, other nouns with similar meanings have adjective forms: amusement has amusing, delight has delightful, and so on. So, while it’s still not a good idea to use “so fun” in very formal situations, it does seem to be here to stay in casual speech.

Why has the phrase “graduated from college” changed to “graduate college”? —Nancy

It feels as though “graduate college” is cropping up everywhere lately, doesn’t it? This is an interesting phrase because it has been in flux for some time. A few generations ago, it was standard to say that a student was graduated from a college, but nowadays we say that the student graduated from college. The was graduated form is now considered old fashioned, while graduated from is standard. Graduated college is newer and seems to be increasing in frequency, but it’s still considered an error. Graduate from is correct and far more common.

May and might are tricky. Let’s start with one of your straightforward examples. “I may go to town” and “I might go to town” both express possibility, but “I might go to town” expresses more doubt. Things get more complicated with negative statements. “I might not go to town” just means that there’s a chance you won’t go to town. “I may not go to town” could mean that there’s a chance you won’t go to town, but it could also mean that you don’t have permission to go to town. In the past tense, there’s another distinction in meaning. “Tom might have gotten lost” implies that although Tom had at some point been at risk for getting lost, he managed to avoid it. “Tom may have gotten lost” suggests that we don’t know one way or another. Tom could be missing because he’s lost, or he could be missing for another reason.

I cringe every time I see or hear a person or people referred to as “that” instead of “who.” Which is correct? —Anita

This is sure to provoke outrage, but here’s the truth: that can refer to both things and people. The Chicago Manual of Style, Merriam-Webster’s Dictionary of English Usage, and Garner’s Modern English Usage (to name just a few) all agree on this point. The idea that that can only be used for things is a widespread myth—but it’s a myth nonetheless. Because the belief is so widespread, however, using who for people is a safer choice.

Can one harness a metaphor to complete a simile? For example: plodding like the ship of the desert (camel)? Is it a question of writer’s prerogative or linguistic nuances? —Sid

Grammatically, there’s nothing wrong with combining a metaphor and a simile. Stylistically, there are advantages and disadvantages. Sometimes, combining different types of figurative language creates a vivid image for your readers. But piling up too many similes and metaphors can also make it hard for readers to understand what you’re talking about. Plus, mixing metaphors (or similes) can occasionally produce nonsense. “Plodding like the ship of the desert” makes sense, but “sailing like the ship of the desert” doesn’t because while ships can sail, camels certainly can’t!

Why has the pronunciation of for changed to “fur”? Everyone on television, radio, and any videos I watch uses “fur.” The dictionary says it is pronounced as the number four. Which is correct? —Dorothy

I have been noticing “whilst” being used a lot lately. Is there a distinction to be made between “while” and “whilst”? When is one more appropriate than the other? —Alfred

There’s no distinction in meaning. Whilst is common in British English, but it has fallen out of use in American English over the past century. The Associated Press, for example, always uses while. Some American speakers occasionally use whilst, but others consider it faintly pretentious. As for which is more appropriate, if you speak British English, go ahead and use whilst. If you speak American English or another dialect in which whilst is less common, while is probably the better choice.

In typed materials do you put one space or two after the period at the end of a sentence? —Georgia

Use one space. In the typewriter days, the convention was to add two spaces between sentences for ease of reading. But modern word processors automatically add a slightly larger space after a period, so there’s no need to hit the spacebar twice.

What’s the difference between who’s and whose and how do I use them? —Chloe

Who’s is a contraction. It means who is: Who’s coming to dinner? Whose shows possession: Whose jacket is this? If you’re not sure which one to use, try substituting who is in your sentence. If who is makes sense, use who’s. If it doesn’t, use whose.

What is the rule for hyphenating a word, using two words separately, or making one word out of two? For example, how do you figure out if it’s window-sill, window sill, or windowsill? —Susan

With compound nouns, there’s no strict rule, unfortunately. Over time, many two-word (window sill) or hyphenated (window-sill) compounds evolve into closed compounds (windowsill). But not all of them do, especially when a closed compound would contain unnatural consonant clusters (that’s why we write cross section and not crosssection). To make matters more complicated, some words are open when they’re used as nouns (a double click) and hyphenated as verbs (double-click the icon). If you’re not sure whether a compound noun is open, hyphenated, or closed, the best thing to do is check a dictionary. If the compound isn’t listed at all in the dictionary, write it as two separate words.

What is the difference between “awhile” and “a while”? While the latter form seems more common, I still can’t figure out when to use one or the other. —Vincent

Peoples is used when you’re talking about multiple groups of people. It’s often used when referring to different ethnic or cultural groups, but it might also be used for groups united by other things, such as languages, religions, traditions, or political structures. You might see this word in a phrase like “the native peoples of North America.” Here, the use of peoples acknowledges the existence of many distinct groups, while the word people would imply one homogenous group.

Send us a question of your own here.