10 Words Brits Use That Americans No Longer Do 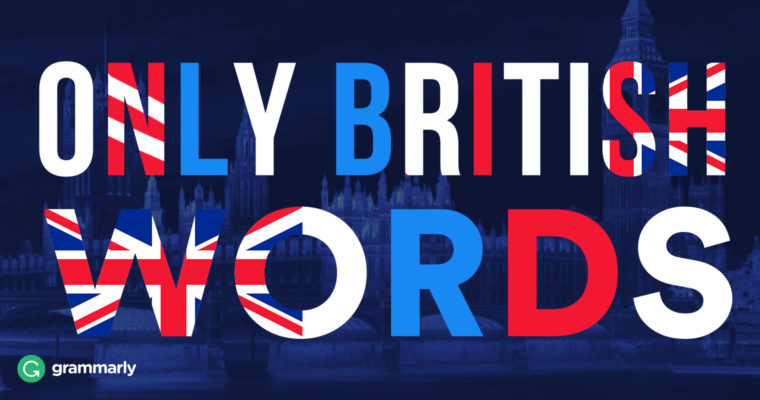 A quick example of the bleeding obvious: people speak differently in the UK and the US. If you’re an American fan of British TV shows—the originals, not the American remakes—you’re probably very aware that once in a while, the characters will utter a word that you won’t hear on the streets of your hometown.

But you may be surprised to know that some of the words we consider distinctly British today were once fairly common in the United States. Read on:

1 Tetchy, adjective Someone who is tetchy is someone with a bad temper:

You can’t even talk with him these days; he’s just too tetchy .

2 Amongst, preposition While amongst is less favored than among in British English, it’s rarely seen at all in American English.

There’s a grammar pedant amongst us, and I intend to find out who he is.

3 Marvelous, adjective Sure, you can use amazing instead, but marvelous sounds so much more . . . marvelous:

We had a marvelous time during that holiday retreat.

We try to get together for a family meal once a fortnight .

5 Cheers, exclamation In British English, cheers isn’t something you’d say when it’s time to have a drink. It’s a casual way to say “thank you”:

6 Rubbish, noun, adjective You know this one, it has the same meaning as garbage. Plus, rubbish can be used as an adjective when you want to say that something is really bad:

I bought a new keyboard today, but it’s rubbish so I’ll give it to my brother.

7 Blimey, exclamation If you ever get tired of saying “wow,” you might make an effort to bring blimey back:

8 Hoover, noun A hoover is a device that uses suction to clean surfaces—a vacuum cleaner:

The hoover broke because it’s not supposed to be used to clean up spilled water.

9 Bespoke, adjective Before things were custom-made, they were bespoke, especially if they were suits:

A bespoke suit is expensive, but it’s a good investment if you want to look professional.

10 Chap, noun Chap is an informal way of referring to a male person, sort of like “dude”:

What are your favorite British words?

Writing TipsHow to Write a Press Release: A Step-by-Step Guide